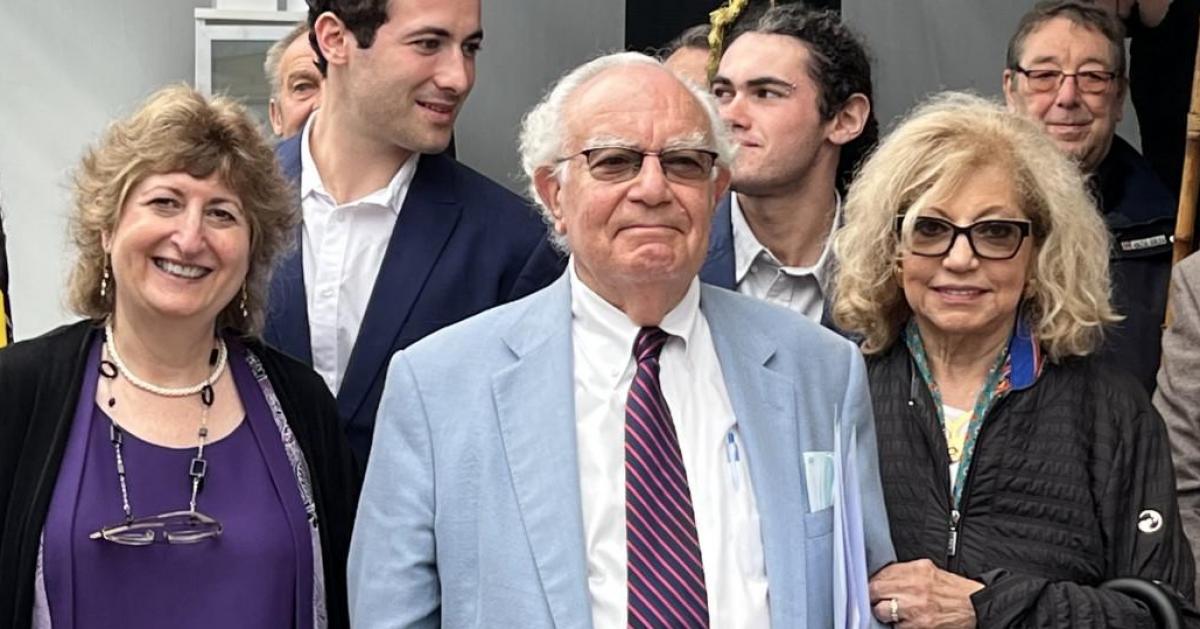 From 1942 to 1944, Jack Rennert and his family were hidden from the Germans by two Burdinnois. The American was back this Sunday for the second time in 76 years at Burdinne. The opportunity for him to evoke a village and the people who protected it for two long years.

During World War II, a Jewish family from Austria found refuge with Father Jean Cottiaux and Juliette Putzeys in Burdinne. Eva Rennert and her two sons, Wolfgang and Léo, were able to escape certain death in the extermination camps thanks to these two people, today recognized as “Righteous Among the Nations”.

Today, Wolfgang, who has called himself Jack since the 1940s, is the only surviving family member to have known this era. When he fled Austria in 1938 with his brother and parents and arrived in Belgium, he was only two years old. He is now 85 years old, but remembers fondly the people who saved his life.

>> Jack pays a vibrant tribute to these Burdinnois.

>> The American was honored during a moving ceremony.

See also  Coronavirus in Argentina: beneficiaries of social plans and retirees of the minimum will receive a bonus of 3 thousand pesos