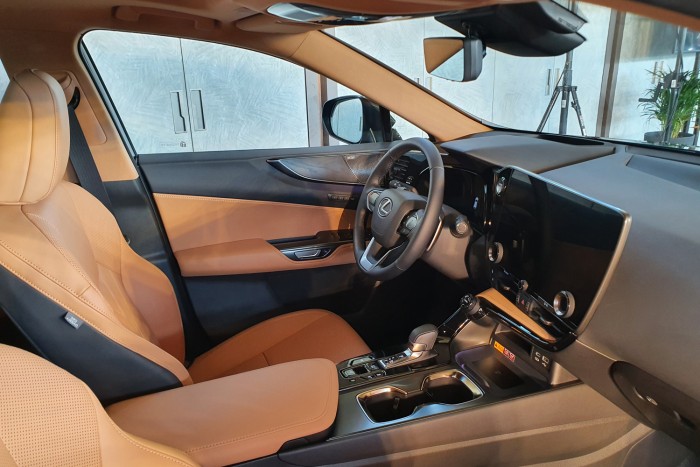 Lexus also introduced the second generation NX in Hungary. With more than 170,000 copies found in Europe since its predecessor was unveiled in 2014, the brand also hopes for a new version.

We recently got acquainted with the car in Germany, the detailed presentation of which you can read here, but we will take over the point again. It was not yet possible to conduct the pre-series exhibition pieces, and then sometime towards the end of the year.

Although strongly similar to its predecessor, the new NX is 95 percent new. The new generation, based on a floorboard shared with the Toyota RAV4, is 15 millimeters longer, making it 4655 mm, 20 millimeters wider (1865 mm). Most importantly, however, the wheelbase of the car, which retains its height (1635 mm), is 30 millimeters longer, which expands the comfort of rear passengers. Its boot is 51 liters larger than before, so it is 500 liters.

The easiest way to identify the new generation is from the daytime running light, as the element that forms the illuminated arrow is no longer a separate unit, but has moved into the headlight. The spindle-shaped grille remained, slightly rethought. The post-2021 model is recognizable by the full red light connecting the L-shaped luminaires at the rear, while the L-shaped logo is replaced by Lexus on the boot lid.


Identification is also easy in the passenger compartment, as the familiar Lexus shapes are dominated by a larger touch screen than before. It is 9.8 by default and 14 inches in better equipped models.

The number of buttons has been reduced in parallel with the new display, but very correctly the climate control is still left with physical buttons. The steering wheel has been given touch-sensitive switches that can be customized to allow the driver to access the desired functions. And for many other tasks, there’s Lexus ’proprietary voice control that lets you even lower the window. The NX has access to the segment’s largest projected display, which can even include navigation instructions, which are now built from real-time driving information.

This is Lexus ’first model with an electric interior door opener system that replaces the traditional door handle. The door opens at the touch of a button. Another novelty is the mobile phone application, which can be used to remotely activate cabin preheating and cooling, as well as closing and opening doors.

The car will receive an improved anti-collision safety system that can already detect motorcycles, trees and poles. Adaptive cruise control has also been improved, responding faster and recognizing even more boards. The NX can even receive a front cross-traffic monitor, while connected to the electric door opener, the car’s blind spot monitor alerts you when a vehicle or cyclist is approaching from behind. 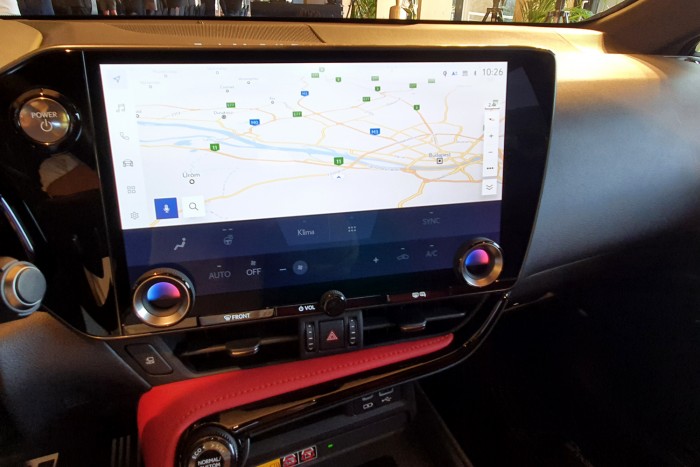 According to Lexus’ analysis, models with internal combustion engines accounted for the largest share (42%) in the premium segment last year, while mild hybrids accounted for 29%, plug-in hybrids for 19%, self-charging hybrids for 8% and purely electric hybrids for 2%. was%. In comparison, in the first half of this year, mild hybrids took the lead (42%), ahead of conventional engines (27%), plug-ins (17%), and self-charging hybrids (12%). The share of electric cars in this comparison was 2%.

So it’s no surprise that the new Lexus NX will be launched with two powertrains, including the brand’s first plug-in hybrid (PHEV) car in history, and a full hybrid version. 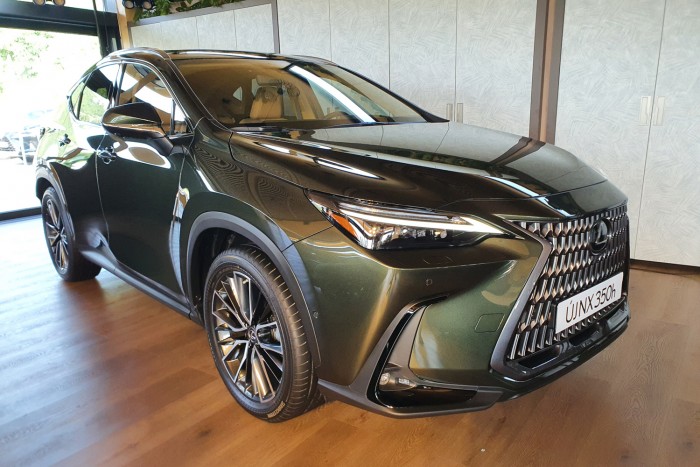 With an 18.1 kWh lithium-ion battery that can be charged from an external power source, it can cover 64 kilometers in a purely electric way according to the WLTP standard. The car can travel at speeds of up to 135 km / h with a purely electric drive.

.The Lexus gets a fourth-generation hybrid system, the NX 350h, which promises 10 percent lower emissions than its predecessor self-charging hybrid with a 22 percent increase in performance. The version, which is also based on a 2.5 petrol engine, is available with both front and all-wheel drive. In addition to the 192-horsepower internal combustion engine (221 Nm), 182 hp (270 Nm) and 54 hp (121 Nm) can be combined. System output of 242 horsepower, giving the first wheeled model 8.7 seconds and the 4 × 4 7.7 seconds

The starting price of the NX 350h is HUF 14,990,000, in which model we can still find alliances, but extras such as LED headlights, reversing camera, adaptive cruise control, lane keeping system are included. In several stages 16, 18.5, 19.3, 20.8, etc., we can get to the top models, of which there are two. The Luxury Top can be a car for those who like a more elegant line, and the F-Sport Top for those who prefer a more dynamic line. The two models also differ slightly in appearance. 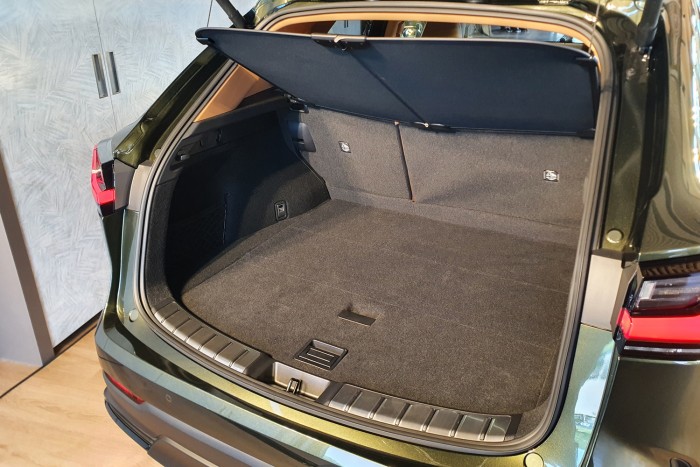 The 450h + is significantly more expensive, which can be combined with higher equipment levels. Here, the price list starts with the Prestige equipment from HUF 22,590,000, the same at HUF 350.9 million at 350h. The top model of the version, which is also entitled to a green license plate, is HUF 26.9 million.

See also  Tesla will interrupt the production of Model S and X electric cars, preparation for a proper facelift?

Lexus expects 30 percent of sales to come from the plug-in version, with the majority ordering the full hybrid. The most popular compilation will be the 20 million models around.

Already in 2021, the brand expects to sell 365 pieces of NX, which is significantly higher than last year’s 214, but in 2022, they are expected to register with 500 pieces. Presumably, the current wave of greening and hybridization will play a significant role in this, in which the names of Toyota and Lexus sound good, they may have a chance to seduce customers from German premium brands. If that half-thousand number comes together, it would also mean that, following the sale of 700 Lexus this year, the Japanese premium brand plans to sell more than 1,000 cars next year. 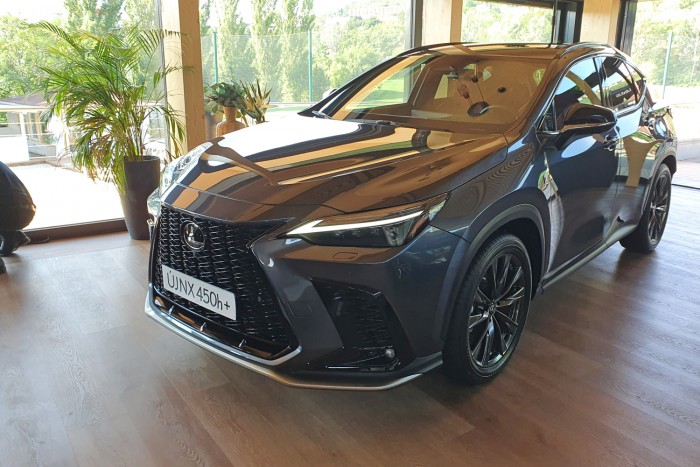 The NX isn’t the only new model at Lexus in 2021, the ES has been revamped and the brand’s first electric car, the UX 300e, is coming. In the next two years, four more new models are expected to be introduced. The good news for those who like sporty models is that there will also be a V8 petrol engine on offer by 2025, so both the LC and RC F will remain on the market.