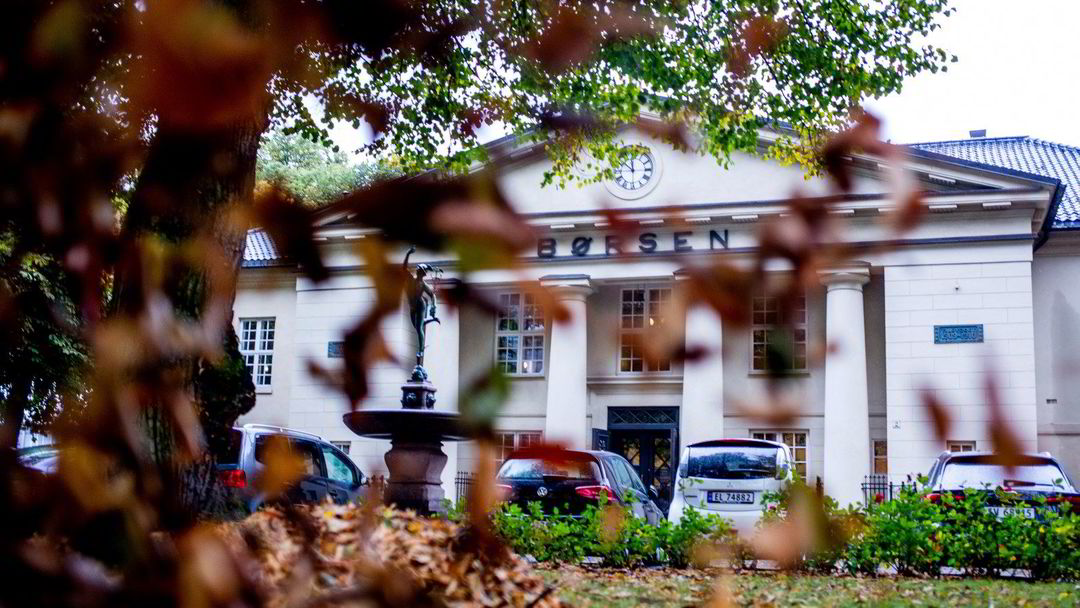 After rising marginally at opening, around 0.1 percent, the Main Index on the Oslo Stock Exchange ends up 0.61 percent to 908.44 points on the week’s last trading day.

After a fall of just over five percent for the main index in October, the stock market has recovered strongly so far this month. The main index has risen 13.6 per cent after 28 October, and is now four per cent below the all-time high for the Oslo Stock Exchange, which was 17 January.

The Norwegian share plunged on Thursday as a result of it becoming known on Wednesday that the company had applied for bankruptcy protection for some of its subsidiaries in Ireland. At closing on Thursday, the share was traded for NOK 0.4, the lowest closing price in the company’s stock market history. On Friday, however, the share shot straight up, rising 9.43 percent at closing times and was traded for 0.437 kroner.

The Kjell Inge Røkke and Aker-dominated offshore wind company Aker Offshore Wind has also had a good day on the stock exchange. On Wednesday, the company announced that it has increased its ownership in Principle Power from around 20 percent to an expected 39 percent after exercising an option to purchase additional shares in the floating wind technology company. On Tuesday night, Aker Offshore Wind raised NOK 300 million in a private placement, among other things to finance the share purchase.

Aker Offshore Wind ends up 17.11 percent on Friday, thus standing at 6.98 points, which is a new top listing for the company.

Nel is today’s most traded share, and ended up 2.32 percent.

On Friday, it was announced that Pfizer and Biontech have applied for the first emergency approvals of their coronary vaccine.

– The vaccine news gives hope that the normalization of activity in the economy can come faster than previously thought. Perhaps the vast majority of restrictions can be a saga only until the summer. This, together with a particularly strong rise in house prices recently, suggests that interest rates will rise faster than they envisaged in September (towards the end of 2022), writes chief economist Kjersti Haugland in DNB Markets.

Slight decline in the United States

The leading US indices opened cautiously on Friday afternoon, after Finance Minister Steven Mnuchin did not want to extend all the central bank’s crisis loan measures.

– It was quite unexpected that Mnuchin should go to this step now. There have been clear signals from Powell that it is by no means the time to wind up the support schemes yet, said chief economist Kjersti Haugland in DNB Markets.

At the same time, Mnuchin assures that he will try to agree with the Democrats in Congress on a targeted stimulus package in the coming weeks.(Terms)Copyright Dagens Næringsliv AS and / or our suppliers. We would like you to share our cases using a link, which leads directly to our pages. Copying or other form of use of all or part of the content, can only take place with written permission or as permitted by law. For additional terms look here.