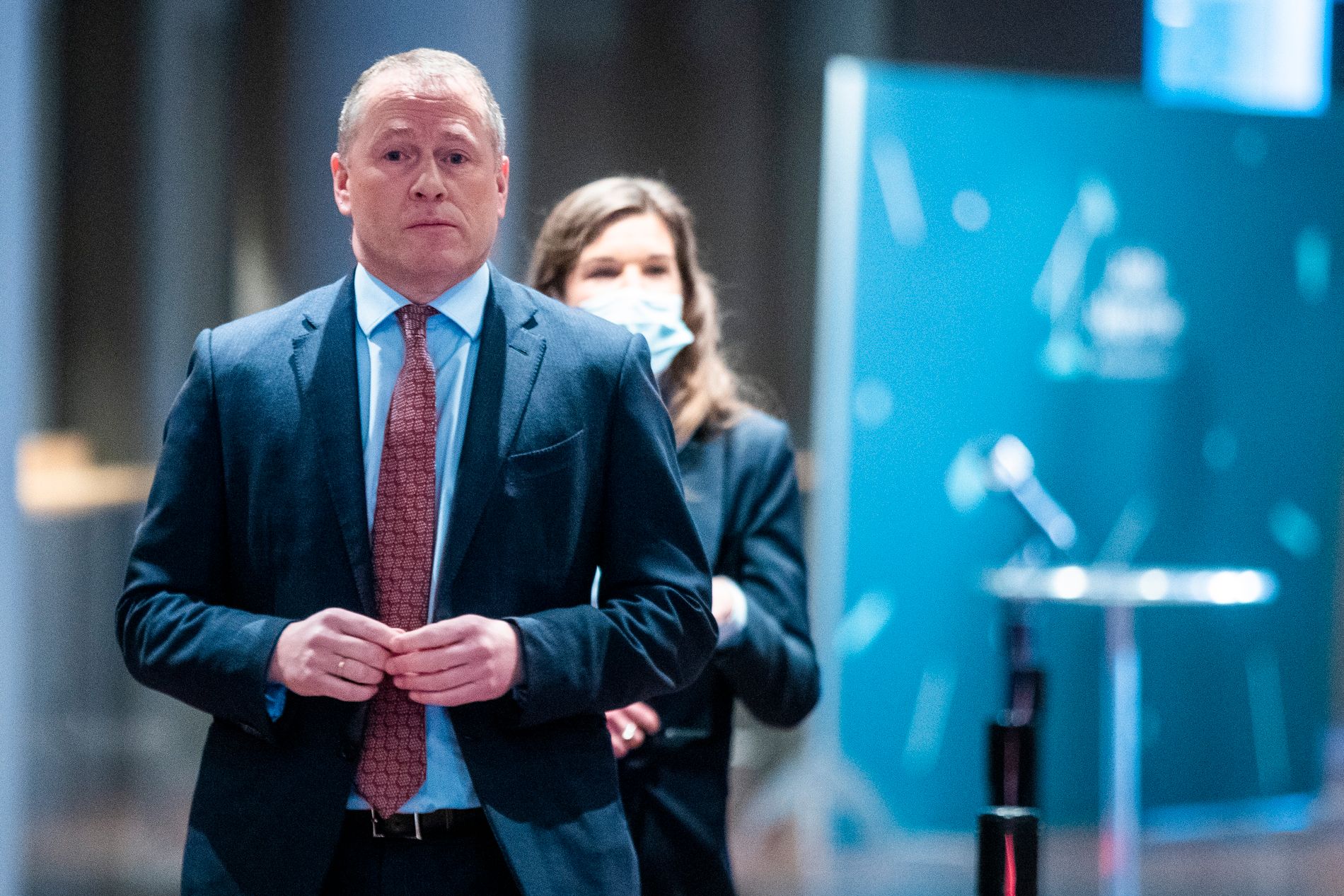 Norwegian savings have ended up in an Indian company linked to the military regime in Myanmar. The revelation comes not long after the military coup in the same country.

The Indian Adani group is a multinational conglomerate and has previously been in the spotlight for a controversial coal project in Australia. Now one of the group’s companies has once again come into focus.

The Government Pension Fund Global, popularly known as the Oil Fund, currently owns shares and fixed income securities in the subsidiary Adani Ports & Special Economic Zone Ltd for more than NOK 1.4 billion. This according to the fund’s own overview.

Now the NGOs Australian Center for International Justice and Justice for Myanmar have written one report which shows that Adani Ports has paid large sums to the Myanmar Economic Corporation (MEC). The latter is a conglomerate and holding company run by the “Tatmadaw” military in Myanmar.

There must be at least 30 million dollars for the land rights and another 22 million dollars in land clearance fees. The payments are said to have been made through a subsidiary that handles the actual construction of a container port in Yangon.

After conversion, this corresponds to almost NOK 450 million.

The organizations believe that Adani Ports, through a construction, operations and transfer agreement with the MEC, directly finances Myanmar’s military forces.

Other investors in the company at the time include asset manager Black Rock and investment banks JP Morgan Chase and Goldman Sachs, according to the report.

The case was first reported by Australian ABC.

– It is completely unacceptable that violence is directed at children and young people, and the culprits must be punished. It is outrageous that children have been killed in their own homes, the Foreign Minister wrote in a statement to VG.

The Foreign Minister also stated in the same statement that around “1000 children and young people have been arbitrarily arrested by the coup plotters”, according to the UN.

Oil production will decline towards 2030. Then we will live off the Oil Fund.

The revelations have drawn attention to how current investors in the company now handle this indirect affiliation with the military regime. This includes the Oil Fund, the manager of all of Norway’s savings.

The Petroleum Fund writes on its website that they have “clear expectations” of the companies the fund is invested in and how these relate to “global challenges” and the UN’s sustainability goals.

Press contact in the Petroleum Fund, Line Aaltvedt, says that they are familiar with the case.

– We clearly set expectations for the companies we are invested in, and expect companies to respect human rights, Aaltvedt explains.

Anja Bakken Riise, leader of The Future in Our Hands, says that the UN has previously recommended economic isolation of the military in Myanmar.

– We expect that our common savings will not go to finance a military that abuses its power in the grossest way. The UN has been clear that there is a high risk of contributing to human rights violations by investing in such companies, Bakken Riise tells E24.

The UN report can be read her.

Aaltvedt in the Petroleum Fund states that serious human rights violations are something the independent Council on Ethics must look at. The Council has been appointed by the Ministry of Finance to assess whether the fund’s investments are in line with the ethical guidelines and to give a recommendation on observation and exclusion of companies to Norges Bank.

The Council on Ethics has so far not recommended the Petroleum Fund to exclude any companies in the Adani group or associated companies in Myanmar.

Fact-Finding Mission on Myanmar is a report on the economic interests of the military in Myanmar.

The report warned that investments in the military and their affiliates could risk contributing to human rights violations by making resources available.

Adani Ports is one of several foreign companies that have been identified in the report due to contractual or commercial ties to the military.

The Petroleum Fund and several Norwegian banks have now been identified as investors with indirect ties to the military regime in the conflict-torn country.

H&M wants to save relations with China after boycott

Despite the UN’s recommendations: – Now we see the consequences

– After the coup, it is more important than ever to show solidarity with the people of Myanmar, Bakken Riise says.

She describes the situation as a “major setback for Myanmar’s path to democracy”.

– I refuse to believe that Norwegians want their savings placed in businesses that contribute to this.

Recently, human rights defenders in Myanmar were nominated for the Nobel Peace Prize – now Norges Bank must decide whether to continue investing in a company with strong ties to the other party.

– It is shocking that the Oil Fund has not received this, or that they have acted despite the UN recommendations, she believes.

– Now we see the consequences of the investments.

Press contact Line Aaltvedt has been informed of the statements and responds as follows on behalf of the Petroleum Fund:

– We set clear expectations for the companies we are invested in about how they will respond to various global challenges in their business. Respect for human rights is central to this. We therefore have a separate expectations document on human rights. We have a dialogue with the companies we are invested in and address relevant issues in corporate governance and sustainability. Furthermore, we exercise our ownership by voting at the companies’ general meetings.

In conclusion, Aaltvedt points out that the Petroleum Fund “does not comment on individual investments”.

Read this? The Petroleum Fund has invested in a bank linked to Al-Qaeda

On Tuesday, the company published a press release on Twitter to meet the allegations in the recent report.

The message emphasizes that gifts were exchanged as a symbolic gesture between the parties, but that neither the company nor the general public received personal gifts.

Furthermore, the group maintains that they are following the situation in Myanmar closely, and that they condemn any violation of human rights and humanitarian law.

Reuters has previously written that the group management in the Adani group will discuss the matter with shareholders and stakeholders as a result of the media storm against the company.

When Adani Ports won the tender to build and operate the container port in Yangon in 2020, the company announced that the project would still be “owned and controlled” by the company, independent of local authorities, according to Reuters.

Clarification: In an updated version of this case, additional information was added that the MEC is controlled by the military in Myanmar. The case was updated on April 6 at 13.25.

Telenor opposes bills from the military junta in Myanmar

Russia is testing a supertorpedo that could create a radioactive tsunami

A duel of heroes from Nagano. Jágr’s story is great, but now I don’t wish him anything, says Moravec