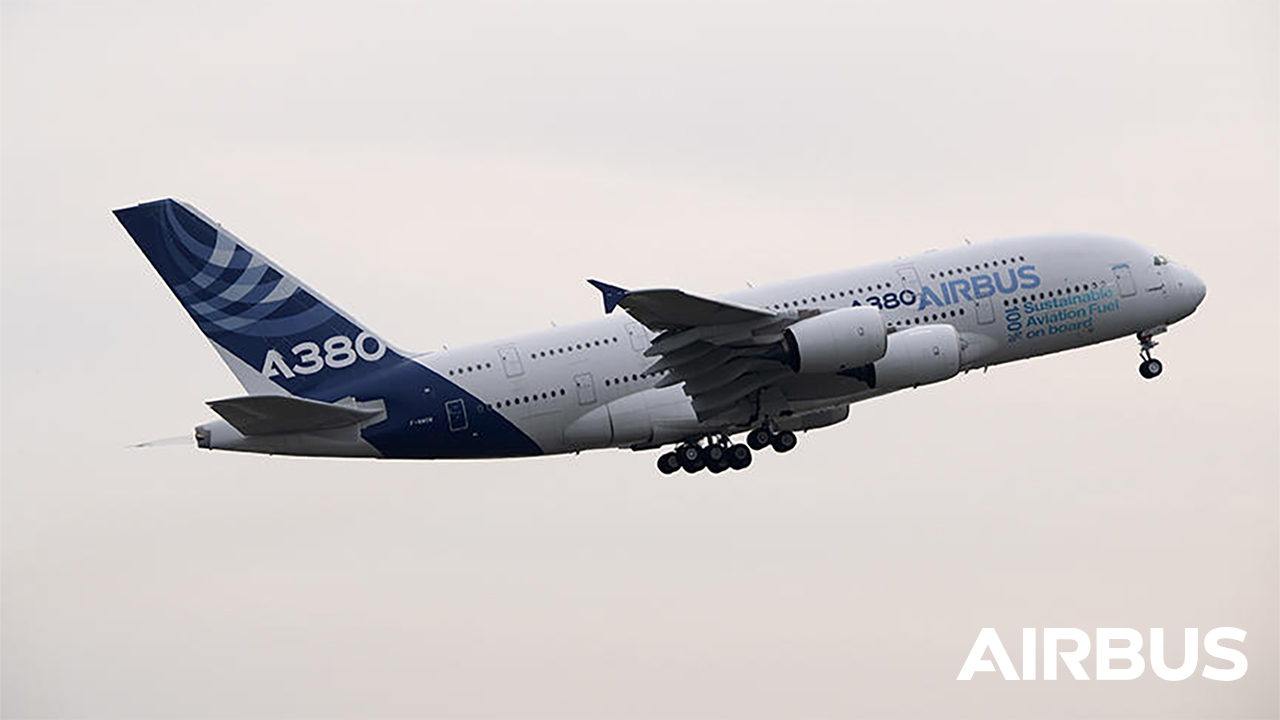 Sustainable Aviation Fuel (SAF): this is one of the hot topics of current aviation. Airlines and aircraft manufacturers are looking for ways to make air travel sustainable. Alongside the experiments for long-term solutions related to hydrogen engines and battery-powered electric aircraft, that of low environmental impact fuels is a transition solution seen by many as the first viable.

Airbus is working on the issue and on 25 March it flew up the test aircraft from Toulouse airport for the first time Airbus A380 MSN 1which sees instead of one of the traditional motors a Rolls-Royce Trent 900 100% SAF powered.

The Sustainable Aviation Fuel in this case was supplied by Total Energies and produced in factories around Le Havre, Normandy, France. The fuel produced from a mixture of HEFA (Hydroprocessed Esters and Fatty Acids) largely coming from used frying oils. In this case Total Energies provided Airbus for the flight 27 tons of the experimental fuel.

A second flight from Nice airport is scheduled to depart today, March 29, to test the use of SAF fuel during take-off and landing phases. The Airbus A380 is the third aircraft on which the European company has tested SAF fuel: the first was a Airbus A350in March 2021, followed by a A319 Neo in October 2021. The tests on the A380 air giant are certainly interesting and are linked to the other tests for which the airplane was used, those related to the project ZEROe Demonstratorwhich aims to bring to the market by 2035 the first totally zero-emission aircraft.

SAF fuels are estimated to lead between now and 2050 a reduction in emissions of between 53% and 71%.

Are you interested in flight-related news? Don’t get lost on the topic:

“The Italian Avio Aero chosen by Airbus for the Eurodrone engines“