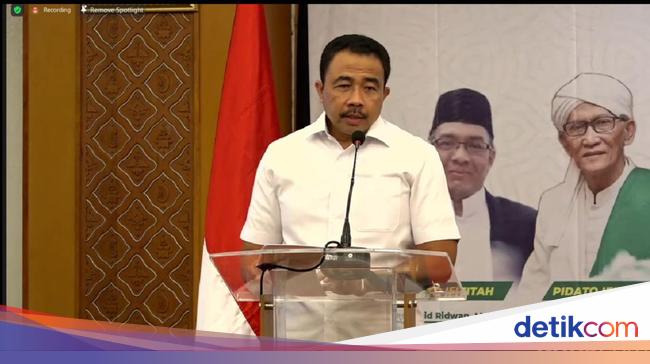 The National Police revealed a number of signs or signs of someone being exposed to extremism and terrorism. These characteristics are obtained based on the results of research to case studies.

“Based on the results of observations and research as well as case studies that occurred, there are several characteristics if an individual or community has been exposed to the notion of extremism and terrorism,” said Director of State Security (Kamneg) of the National Police Intelligence and Security Agency (BIK), Brigadier General Umar Effendi. , in the MUI Nationality Halaqah, Wednesday (26/1/2022).

Umar explained that there are 4 characteristics of a person exposed to extremism and terrorism. One of them is intolerance.

“The first attitude and thought will be intolerant, namely not wanting to respect other people’s opinions and beliefs, but if in our internal discussions there are objections, it’s okay sir, don’t consider it a new discussion. insistent“Wow, you are intolerant,” he said.

“Then, fanatics, always feel right about themselves and think others are wrong. Next is exclusive, separate and distinguish themselves from the group in general. The next is revolutionaries who want a change in life or government quickly and drastically by means of violence or coercion of will,” he explained.

In addition, he explained, in reducing the spread of extremism, MUI has optimized the Wasatiyah Islam.

“The first is understanding moderation in religion without violating religious law, namely applying a perspective and attitude in religious life that protects human dignity, builds the benefit of the people based on fair, balanced principles and obeys the constitution as a national agreement,” he said.

“The second is being grateful that diversity is a gift from God and the importance of national insight and religious insight based on the 1945 Constitution and Pancasila. Third, being a driving force that is able to invite people to prevent the development of radicalism and terrorism. Fourth, always be persistent and able to filter information received , so that it is not easy to be provoked or participate in spreading news or hoax content that misleads the people,” he explained.

Furthermore, he said there is a phenomenon of terrorism in Indonesia which is different from other countries. In Indonesia, Umar said, one family can become a terrorist.

“Who do you think is the target of BPET (the Agency for Combating Extremism and Terrorism), one of them is women who are at home holding hands gadget open here and there are finally exposed, this is one of our concerns in the future,” he said.