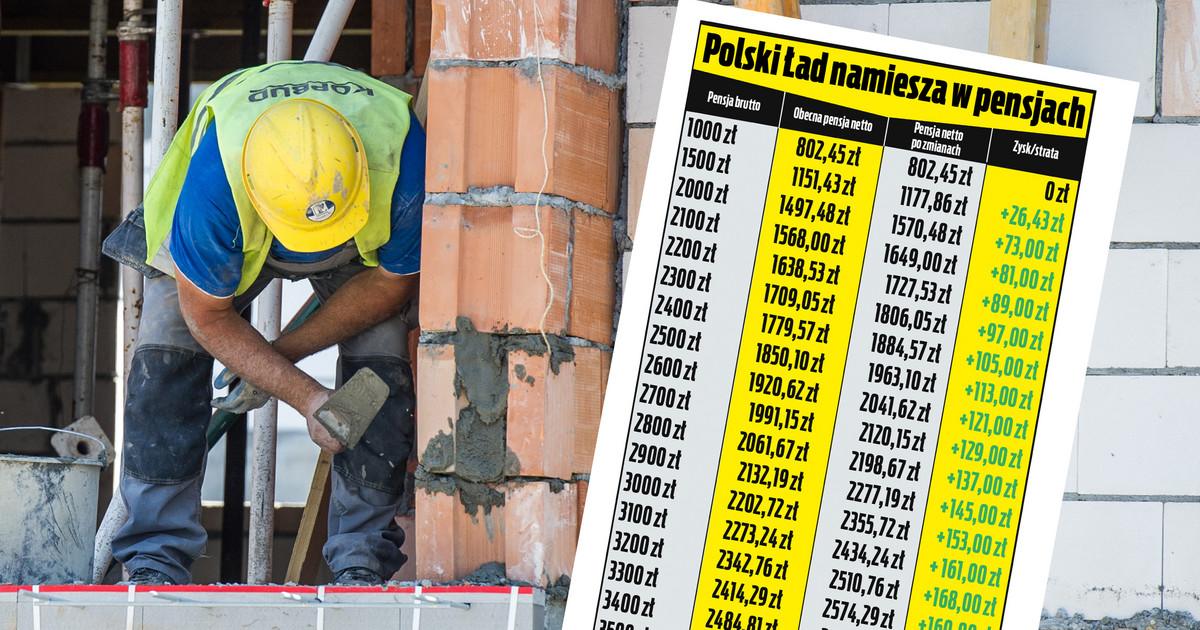 – We implement tax fair play – this is how Finance Minister Tadeusz Kościński (65) praises the tax reform prepared by his ministry. According to the assumptions, it will look like this: the less earners are to give the state less, and the richer – more. This is due to the increase in the tax-free amount to PLN 30,000. PLN, increasing the second threshold from 85.5 thousand. PLN up to 120 thousand. PLN and the liquidation of the deduction of health insurance. Everyone working, without exception, will give back 9 percent. tribute to health. How will these changes translate into the actual payout?

– A judge of the Supreme Court will pay more by an average of PLN 500 per month. A footballer of Ekstraklasa with earnings of PLN 100,000 per month will pay about PLN 6,500 in tax – calculates Deputy Minister of Finance Jan Sarnowski (35).

How much will pensioners gain on the Polish Lada? We counted

We checked who would benefit. People with a gross salary of PLN 3,200 will gain the most – they will have about PLN 160 a month in their wallets. The higher the salary, the less noticeable the profit will be. From a salary of PLN 5700, tax miracles begin to happen. It is thanks to the planned relief for the middle class, which is to make the Polish Deal neutral for them.

Pattern of horror! This is how the Ministry of Finance wants to ease taxpayers

Polish order. The government divides the working people into better and worse

Interestingly, the ministry divided the workers. Relief for the middle class, which is to neutralize the negative effects of the Polish Deal, will only work for those employed under an employment contract. Employed on a mandate or specific-task contract, as well as self-employed persons, will not be able to take advantage of such relief. The effect is that with less than PLN 6,000 gross, they will give you much more than today.

Coach of D.Karalienė and M.Valčiukaitė – about the miracle in Tokyo and doubts about the future | Sports