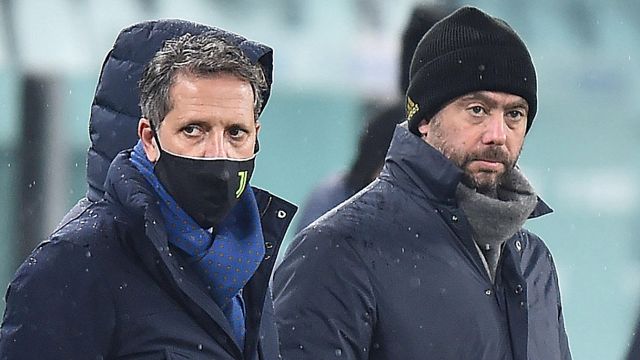 A Fabio Paratici waiting for a formal and concrete external recognition, with studied and shared declarations, what will happen to this Juventus adrift that, in just two weeks, crumbled. Trust, project, programming: are the concepts expressed, in the known modalities, by the manager to whom the chairman Andrea Agnelli he entrusted the arduous job of the builder, in search of an identity that struggles to be tangible, recognizable.

The perfect machine is the most distant from that team fielded by Andrea Pirlo, the predestined, the chosen one and even for some the man alone in command, held by an imperfect leadership and a presidency committed to issues far from the field. So after the elimination from the Champions League, which has its centrality also on a financial level, here is the Benevento triumphs in Turin like never before and seals a rift, a crisis that the most prepared on the communication front cannot and must not deny.

Uncertainty and precariousness: the evils of this Juve

We cannot deny the uncertainty that transpires from the words of paratici, who is also really uncertain, and about the future of Pirlo and on the future of this team that could find itself Ronaldo centrist yet deprived of its reference and not just of play. Cristiano he is not a player who, at 36, can be said to be inevitable for this Juventus: the decision to stay or on the contrary to leave will be his alone, regardless of the contractual consequences that will come from it.

An observation that does not concern only CR7: the contracts under negotiation, starting with the one that binds Paulo Dybala at the Agnelli club, they will have to be closed and the contacts turned into concrete reinforcement operations. Purchases and sales that – await the president and fans – have that something, that added value to make it on the pitch with Pirlo or anyone else.

The trust that is not there, at least for now

The term that echoes, with a repetition that is not a little surprising, is trust: in the project, in Pirlo, in individuals. Yet the story, which teaches but is hard to remember with the right timing, would lead us to be wary and to wait for the results, at least in the championship to reaffirm and confirm roles and objectives.