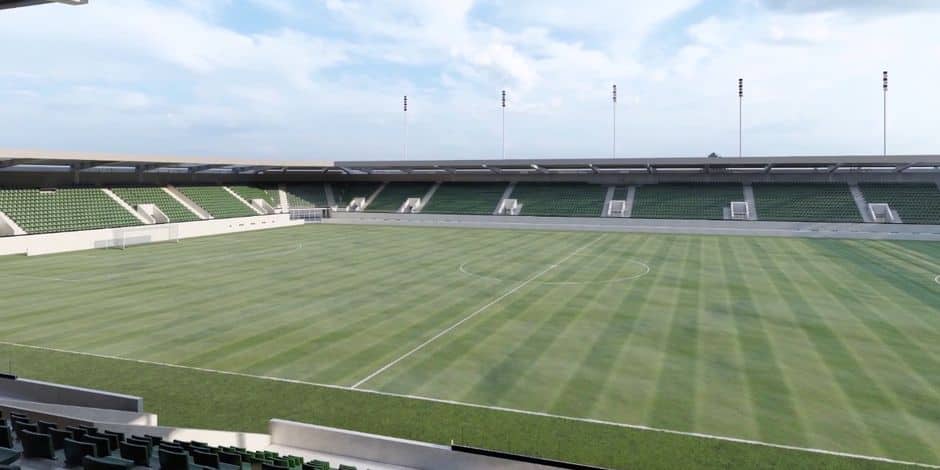 There will be no new football and rugby stadium on the Tivoli site. This Tuesday morning, the City of La Louvière announced in a press release that it would disconnect the plug from negotiations with RAAL, the carrier of the project.

As a reminder, in March of this year, the City of La Louvière launched a call for projects for “the development of a multidisciplinary sports area on part of the site of the Tivoli stadium. “ A call to which RAAL responded, which aims to build a new football stadium in line with its sporting ambitions, i.e. a return to professional football in the medium term. In its project, the RAAL provided for a mixed stadium that could host football and rugby matches, which would have been used by the Rugby Club de Soignies for its major matches.

But a pitfall quickly appeared: the project leaders had, under penalty of irregularity in their offer, to comply with a special clause called clause “Orban“, recalls the City

“This clause, which is included in the deed of ownership of the City and from which it cannot be released, obliges it to never cede all or part of the funds of this sports area to a specific company or to an individual so that it remains at all times accessible to all sports companies without distinction.”

“This condition of collective interest clearly constituted a major obstacle for RAAL”, estimates the City. “Also, despite the various exchanges between the municipal services and RAAL, the legal analysis of its offer concludes that it does not meet the impositions of the Orban clause, and that it is therefore inadmissible.”

If the City says “to regret” this situation, she “confirms its desire to ensure the harmonious development of the Tivoli site by guaranteeing that the interests of the community will be taken into consideration, and in particular the legitimate expectations expressed by sports clubs in several disciplines, including athletics.” and “ensures that it” will take, in the coming weeks, all useful initiatives to do so. ”

Ganna was saddened by the Belgians at the World Championships and defended his gold in the time trial, Černý finished 32nd.