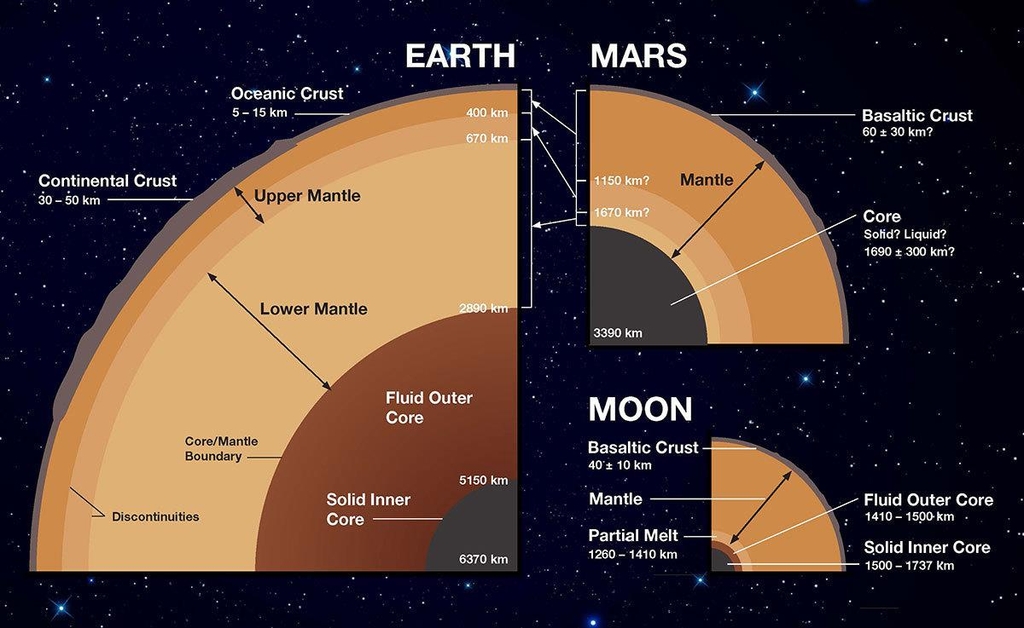 When a planet is formed, the closer it is to the solar magnetic field, the greater the iron content in the core.

(Seoul = Yonhap News) Reporter Eom Nam-seok = Mercury, the innermost planet in the solar system, has a much smaller mantle between its core and its crust than its core. It has been orthodox that the mantle was blown away when it collided with other planets early in the formation of the solar system, leaving a relatively large iron core.

However, a new study showed that the structure was formed by the influence of the sun’s magnetic field rather than a collision with other planets, and the existing hypothesis was shaken.

According to the University of Maryland in the United States, geology professor William McDonough and Tohoku University researcher Dr. Yoshizaki Takashi in Japan developed a model that shows that the density, mass, and iron content of rocky planetary nuclei are affected by the distance from the solar magnetic field. It was published in Progress in Earth and Planetary Science.

From Mercury to Venus, Earth, and Mars, the rocky planets inside the solar system have different proportions of metal and rock, and the metal content in their core decreases as they move away from the sun. By showing that the distribution of matter was affected by the Sun’s magnetic field, he identified the process by which the differences between the planets occurred.

See also  get it and it's yours forever

This model suggests that the young Sun’s magnetic field in the early stages of the formation of the solar system attracts iron grains from the surrounding dust and gas clouds towards the center, and the temperature of the dust and gas clouds decreases and planets begin to form, forming distant planets near the sun. It has been shown to have more iron than planets.

The research team found that the iron density and specific gravity of the nucleus of a rocky planet had a correlation with the strength of the magnetic field surrounding the sun during the planet formation stage, and the magnetic field was taken into account when determining the composition of rocky planets in the solar system as well as other planetary systems. suggested it should be.

It has been pointed out that the core of a planet could play an important role in sustaining life depending on how it is constructed, just as the Earth’s outer core acts as a molten iron magnetosphere to block cosmic radiation.

As a result of running the new model, the metal content and density of the planets in the solar system showed a change that matched what scientists had been grasping. Mercury’s metallic nuclei account for about three-quarters of the planet’s mass, Venus and Earth about a third, and Mars about a quarter.

The research team suggested that the next task was to find a planetary system with many rocky planets like the solar system, and as in the solar system, it would be confirmed that the magnetic field affects the formation of planets if the metal density in the nucleus decreases as the distance from the star increases.