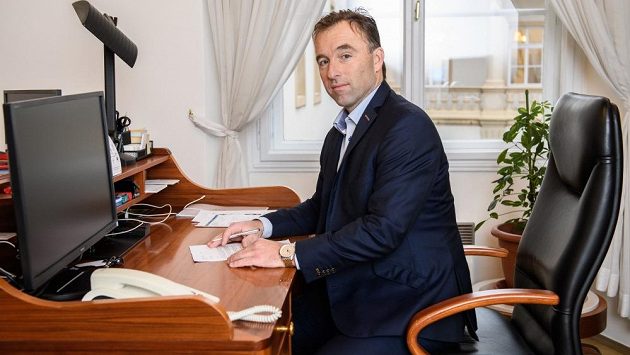 Milan Hnilička at the time when he was the head of the National Sports Agency.

The original candidate of the Czech Ice Hockey Association was Slavomír Lener. How was your candidacy born?

This was partly due to the fact that I ended up at the National Sports Agency. I took time off and got a candidacy from hockey. At the time it was first discussed, I was still at the agency, it arose from my work at the hockey association and some vision. We are in a very good relationship with Slava, who was the original and excellent candidate, of course also historically, so we discussed it. We agreed that it might be nice to use my experience over the last three years as Vice President for Sport in the Czech Olympic Committee.

However, Martin Doktor, your position as vice-president, has no area that you will be in charge of at the WWTP on the WWTP.

According to the agreement, I should deal with sports, I firmly believe that it will appear there. I’m interested in sports and the system part, I’ve been doing that for the last three years, even though it was in politics. I know the presidents of the unions, they know me, so we will partially build on that cooperation from a slightly different angle.

The plan for you to become the vice-president of the WWTP already existed when you resigned your position in the NSA.

Not yet. Not until some two weeks after we sat down, what next. I’m not the type to sit at home all day, I slowly started to look around, set a date when I was ready to return to some activity, and this came by coincidence. You know, the election was postponed twice, it didn’t even have to happen, it just hit.

You justified leaving the NSA with extreme workload. Aren’t you afraid of him now?

It’s something else entirely. This is where Martin Doktor does the executive for sports and does it very well. I already feel that I am much more with my family, I am slowly returning to the hockey association. I’ll get involved again, I know. The workload in that political environment, and the building of a new office, has been extreme in those three years, few can imagine. But I do not regret it at all and I keep my fingers crossed for the new leadership.