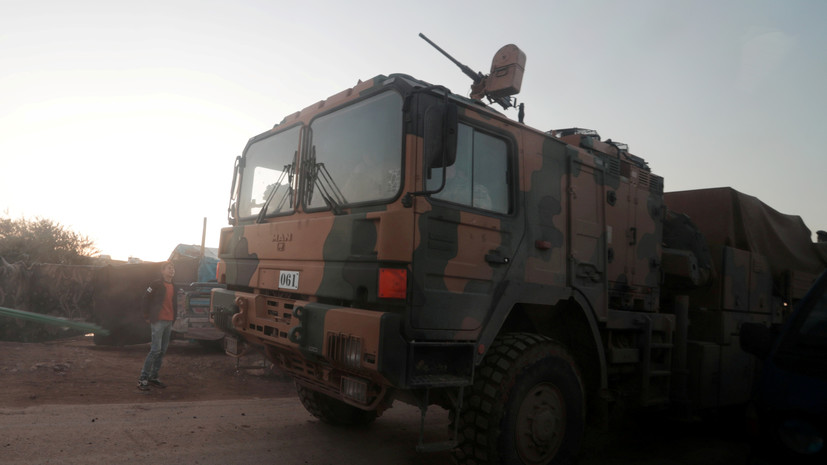 Observation posts of the Turkish armed forces in the Idlib de-escalation zone in Syria have actually grown together with the fortified areas of terrorist groups in violation of the Sochi memorandum, said Igor Konashenkov, spokesman for the Russian Defense Ministry.

The Russian Ministry of Defense recalled that the key agreement was Turkey’s obligations to disengage and oust terrorists from the external borders of the de-escalation zone in Idlib to a depth of 15-20 km and to withdraw heavy artillery weapons there.

“Instead, the result of almost 18 months of the agreement was the crowding out of the officially recognized UN terrorist groups“ Khayyat Tahrir Al-Sham ”*, the“ Islamic Party of Turkestan ”** and“ Khurras ad-Din ”*** of all militants of the“ moderate opposition ” to the north, to the Turkish border. “The fortified areas of the terrorists merged with the Turkish observation posts deployed by agreement,” Konashenkov said.

The Russian department stressed that attacks and massive artillery shelling of neighboring peaceful settlements in Idlib and the Russian Khmeimim airbase became daily.

* “Hayat Tahrir al-Sham” (“Jabhat Fath al-Sham”, “Front al-Nusra”, “Jabhat al-Nusra”) – the organization was recognized as terrorist by the decision of the Supreme Court of the Russian Federation dated December 29, 2014.

** “Islamic Party of Turkestan” (formerly “Islamic Movement of Uzbekistan”) – the organization was recognized as terrorist by a decision of the Supreme Court of the Russian Federation of February 14, 2003.

*** Khurras al-Din, a division of the al-Qaeda group – the organization was recognized as terrorist by a decision of the Supreme Court of the Russian Federation of February 14, 2003.

Error in the text? Select it and press “Ctrl + Enter”
Footage from the main events of the day on our Youtube

Giant asteroid to pass near Earth on April 29