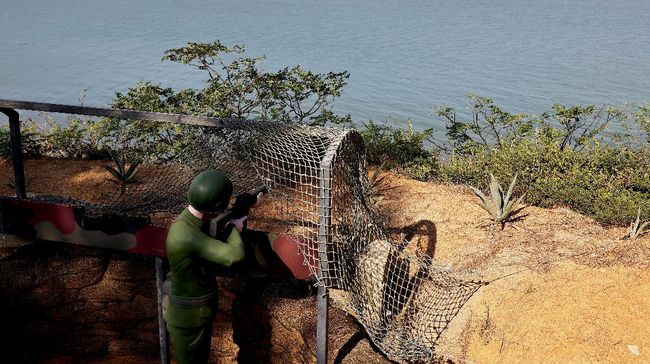 Jakarta, CNBC Indonesia – Japanese Prime Minister Fumio Kishida has warned that the ongoing war in Ukraine could also unfold in East Asia. He said war is highly unlikely if the G7 countries do not join forces to maintain peace and stability in the Taiwan Channel.

Kishia said this in London when she met with British Prime Minister Boris Johnson on Thursday (4/5). Kishida said the time was right for G7 countries to strengthen their units.

“Collaboration among countries that share universal values ​​is becoming increasingly important,” he said.

“We must cooperate with our allies and like-minded countries, and never tolerate unilateral attempts to change the situation with the use of force in the Indo-Pacific, especially in East Asia,” he added.

Taiwan, whose territory is claimed by China, has increased its vigilance since Russia’s attack on Ukraine. Taiwan continues to increase this vigilance due to the possibility that China will take similar measures on the island.

“Peace and stability in the Taiwan Channel are very important, not only for Japan’s security but also for the stability of the international community,” Kishida added.

According to Kishida, Japan itself will continue to maintain its position in the hope of a peaceful resolution through dialogue on the issues surrounding Taiwan.

Kishida’s visit to London itself was actually consolidating the response to the Russian attack after one country, Singapore, joined sanctions against Russia.

Kishida says the G7 must show the consequences of Russia’s attack on Ukraine. He added that about 140 Russian businessmen should be added to Russia’s asset freeze list while the export ban will be extended to Russian military companies.

Crash and glider at Terlet in Arnhem: experienced pilot (62) in hospital Inside