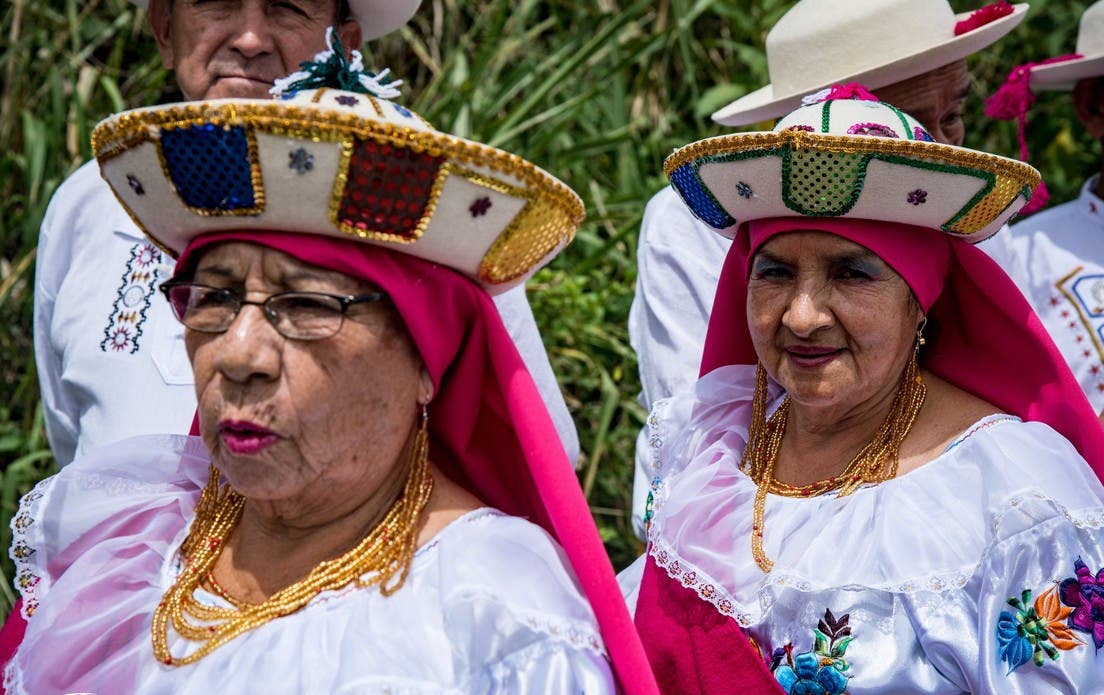 South of EcuadorThere was a town located 1700 meters above sea level, where the older neighbors were not ashamed of their age. Quite the opposite: in this sacred Valley”, the inhabitants proudly wore their 104, 112 and even 120 years. It was called Vilcabamba, a name closely linked to the history of the last Inca kings. But according to the locals, the so-called progress broke, in recent years, the spell that characterized it.

Vilcabamba It is a Quechua word that means “sacred plain”. The name goes back not to this site, but to another located in the high Peruvian jungle, known as Vilcabamba La Grande, to where the last Incas mobilized in 1536, as a strategy of resistance against the Spanish invaders.

The first of them was Manco Inca Yupanqui. And the last was Tupac Amaru, his son, captured and executed by the Spanish in 1572, due to the refusal to convert to Christianity. After his death, the settlement was burned and abandoned, and others with the same name were founded nearby and also in Ecuador.

Why do they live so many years?

Mysticism discarded, science remains. There are several factors that attempt to explain the eternal youth that the modern centenarians of Vilcabamba boasted. One is the water that runs through the valley, nourished by magnesium and calcium in the Chamba and Uchima rivers, and in several streams that descend directly from the Ecuadorian Andes.

Another is air. There is a dry subtropical climate there, with temperatures that decrease between 16 and 23 degrees during the year. There was even talk of the physical exercise of the inhabitants, accustomed to manual agricultural work at altitude. An expedition of scientists mobilized to the valley in the 1970s, but failed to establish exactly which of these factors is the most determining.

The site official of the province of Loja, which contains this striking town, puts the accent on food. “The retina of elderly over 120 years, there is almost no difference with that of a 45-year-old person who lives in the city. In the same way, the analyzes that emerge from the electrocardiograms are surprising; they keep their arteries patent and their heart completely healthy. “

“The population consumes among other products, those derived from their crops, cereals: corn, beans and peas; also green banana, sweet potato, yucca, fruits of the place: papayas, sweet lemons, guavas, avocados, tangerines, guavas, etc. They drink coffee, which is the best in the province, but sweetened with panela, and they drink guayusa as an infusion. The consumption of meat is done in small quantities “, reads the site, and adds on the water of the place that has” properties medicinal products capable of eliminating cholesterol and curing rheumatism, but it is affirmed that these properties last as long as the Vilcabamba ecosystem subsists “.

It also came to Vilcabamba, driven by curiosity, the Argentine doctor and writer Ricardo Coler, and found that, at least as far as habits are concerned, the long-lived of the valley were not strictly healthy.

“They smoke tobacco. They drink the cigar, a kind of brandy, and also consume ‘chamico’, a hallucinogen that produces the effects of marijuana and cocaine with a deterioration several times higher”, wrote Coler in 2010, in promotion of his book Eternal Youth.

The doctor met Manuel Picoita, 104, whom he found delivering machete blows in the mountains. Also with José Medina, 112, who worked separating the grass in his garden with clinical precision, and without glasses.

But be careful. “The lands of longevity unleash an unhealthy interest. That was my impression when I learned who are those who buy and build in the surroundings,” Coler warned in that publication of Ciudad.com.

The young-old who today live in Vilcabamba they coincide in the appreciation, and add others. “Before it was called only agriculture zone here. But not today. Now all the people study and nobody wants to know about agriculture. Now we are consumers. There is no agriculture. Now it is pure chemical, everything is poison, and we can no longer have that the same health that those of before have had. You no longer live by eating what the nature of the earth produced, “said one of the residents to youtuber Rubén Díaz (Lethal Crysis) who approached in 2019 to unravel the secret of the sacred valley.

“There was a lot of planting. Beans, squash, corn were planted. But in these times there are no more. It is no longer cultivated. Since then they have been reducing the years of the people. My father was 103 years old,” said another of they. “They say that because of the food, that it was different. Now there are times that suddenly they die”, “It has been damaged by so many gringo who came. And there are only old people here, all the boys study and stay in Loja”, add the voices.

Little by little, Vilcabamba became a cosmopolitan town and retirement. Americans, Canadians, Germans, Italians and even South Koreans arrive and settle for months or years in the town, in search of eternal youth. “There are many testimonies of foreigners who have come to Vilcabamba, some unable to walk, using their electric wheelchair, others with crutches, others with obesity and in a year or a year and a half later they already have a normal life, walking, walking on bicycles, it’s funny “, assured the local leader Carlos Ortiz to the medium RT.