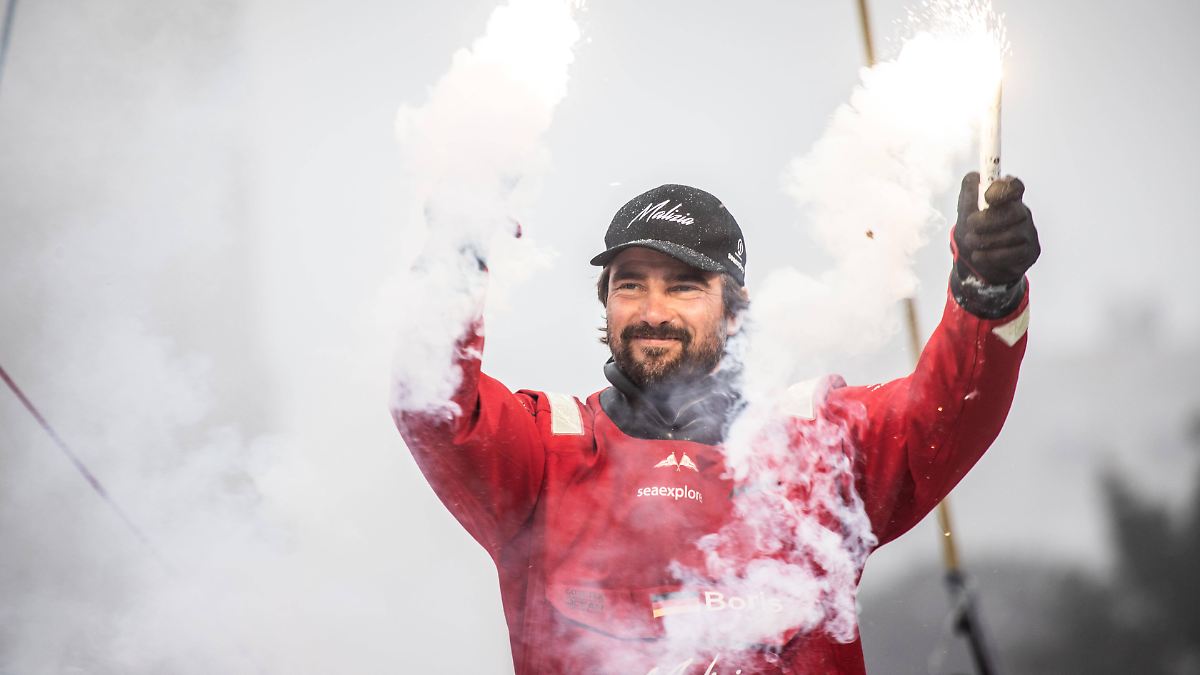 Boris Herrmann has barely recovered from the tremendous exertion of his Vendée Globe tour when he is ready again for the next great ailment. And for that he has big goals. Before that, however, he surprises with an amazing premiere in the sports studio.

After his Vendée Globe premiere, circumnavigator Boris Herrmann is already planning for the next race around the world. After the upcoming sale of the yacht “Seaexplorer – Yacht Club de Monaco”, Herrmann and his team want to build a new boat for participation in other regattas and the 10th Vendée Globe in 2024/2025. “I am confident that we can do it. We have a lot of good ideas, we want to build a new one as soon as possible and of course we would like to sail for victory next time,” he told the German press agency.

After talking to Federal President Frank-Walter Steinmeier, the 39-year-old from Hamburg was in the ZDF’s “Current Sports Studio” on Saturday evening. There he said about participating again in the toughest sea marathon for solo sailors: “That is my big dream. During the race you often curse it. Then you cross the finish line. It’s like a huge pain pill. You forget the hardships and loneliness, is immediately taken by the fascination again. “

Herrmann grew up without a television set and still has none, which is why he had never seen the ZDF “sports studio” before his visit. Without football experience, he was successful in goal wall shooting with two hits. In conversation with presenter Sven Voss, Herrmann reviewed his sailing adventure, with which he delighted an audience of millions in Germany.

He recalled the dramatic rescue operation for the Frenchman Kevin Escoffier and the overcoming of his fear of heights when he climbed into the 28 meter high mast for a repair at sea. His balance sheet of the adventure, which he also dedicated to the fight against climate change with the ship’s own laboratory, remains positive: “With fifth place I achieved the best possible result for me.”