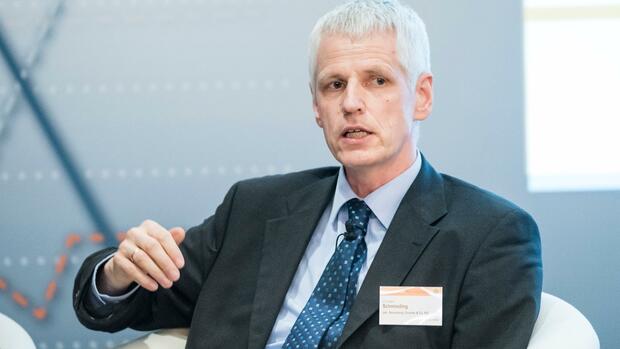 “The ECB should do everything possible to avoid liquidity problems in companies or in the financial sector.”

The economist Holger Schmieding not only worked for several US banks, but also for the International Monetary Fund. He is currently analyzing the international capital markets from London.

Where do you see vulnerabilities?
Losses on the stock markets hit countries like the United States and the UK harder because many more people hold shares there. The direct effects of the corona virus on the economy are particularly strong in Italy. We have significantly reduced our forecast for Italy and expect the economy there to shrink by 1.2 percent this year.

The stock markets are currently as nervous as in the financial crisis. What needs to be done to prevent a crisis?
The situation is different from that during the financial crisis. In 2008 there was a global financial infarction with a drastic drop in demand, to which monetary policy in particular reacted. Now we are dealing with a medical crisis in which monetary and fiscal policy can initially have little effect. At the most, the aim is to support trust and demand. Before this can work properly, however, more clarity is needed about the economic impact of the epidemic.

Isn’t it too late then?
In the short term, the aim is to prevent liquidity problems in companies and in the financial sector. There is a risk that banks will be too reluctant to lend in the current situation. This could cause problems especially for small and medium-sized companies.

How can this problem be solved?
Governments should help here. In Germany, the Kreditanstalt für Wiederaufbau (KfW) could quickly grant bridging loans for particularly affected companies.

The markets look at the central banks. The ECB meets on Thursday. What can she do?
The ECB should also do everything possible to avoid liquidity problems in companies or in the financial sector. One option would be to issue long-term loans to banks that target small and medium-sized businesses. In my view, she should also temporarily increase her bond purchases and buy more corporate bonds.

What about a rate cut?
This could be a signal to the markets to demonstrate ability to act. But I’m afraid that it would be largely ineffective. In any case, the ECB should relieve the banks of the existing negative interest rates by extending the tax-free allowances for which they do not have to pay interest to the central bank.
Mr. Schmieding, thank you very much for the interview.

More: Investors willing to sell should wait for better prices

The “king of the street”: a “Perroleón” unleashed panic

Celebrities who are naturally blonde