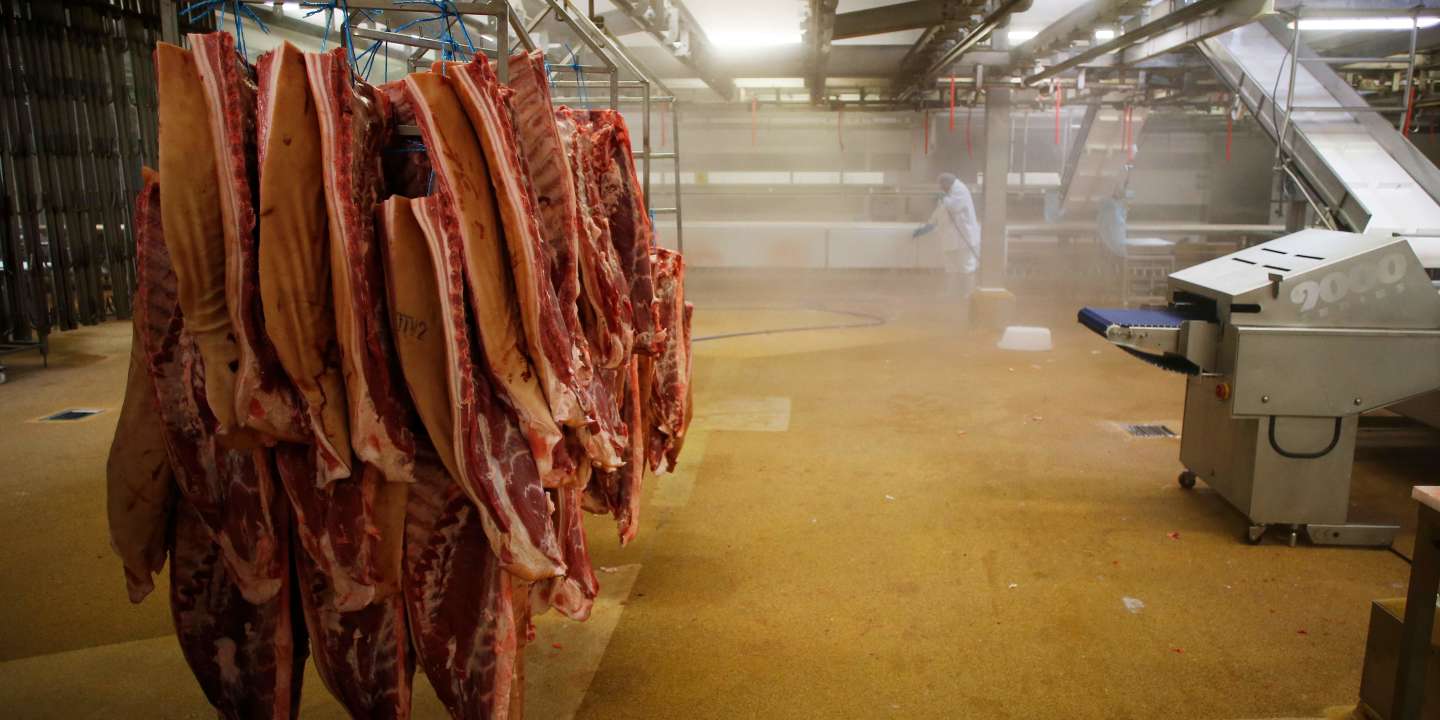 The public prosecutor of Périgueux has ordered a preliminary investigation into animal abuse targeting a calf slaughterhouse in Boulazac (Dordogne), after a complaint filed in February by the association for the defense of animals L214. Revealed by LCI Tuesday March 10, the opening of the investigation was confirmed by the Périgueux prosecution to Agence France-Presse (AFP), without further details.

L214 had released a video on February 20, shot in November-December 2019 in the slaughterhouse, revealing it according to “Multiple offenses”. Among other things, she denounced “Dizziness in violation of regulations”, with calves’ heads not completely immobilized, therefore “Poorly adjusted shots”, injured but conscious animals, and “Almost unconsciousness and insensitivity checks of calves”.

Eight days later, the Minister of Agriculture, Didier Guillaume, had suspended the approval of the slaughterhouse pending ” corrective actions “. According to him, a diligent inspection had revealed “Malfunctions” and “Training problems” employees.

The prefecture had conditioned the resumption of activity in particular to the “Revision” slaughter procedures, staff training “Respecting these new operating methods” and at the “Reliability of the level of internal monitoring”.

As of March 4, the prefect partially lifted the suspension of approval, authorizing Sobeval to resume its conventional slaughtering activity (70% of its activity), subject in particular “Enhanced supervision” by a newly recruited veterinarian.

The prefecture had explained that it had given a “Favorable assessment” to the “Improvement suggestions” presented by the slaughterhouse, and after a test which had “Allowed to verify that (…) slaughter fully complied with animal protection regulations”. A full resumption of activity remains conditional on a new evaluation, mid-March, which will have to establish whether “All guarantees are provided” for ritual slaughter (kosher and halal).

The resumption of activity had scandalized L214, which estimated that“In three days, it is impossible to have remedied (the) structural and staff training flaws”. She accused the authorities of having yielded to “Pressure from unions and other private economic interests”. The day before, manure and slurry had been deposited in front of the Périgueux prefecture, by a hundred breeders, in support of Sobeval.

L214 welcomed the opening of a preliminary investigation on Tuesday, “Good news which shows that we have provided enough elements to justice”. “We are full of hope but also of doubt, the legal response is often not up to par, we are still on symbolic penalties”, However, AFP co-chair Brigitte Gothière told AFP.

The management of the slaughterhouse, owned by the Van Drie group, which employs 450 people and slaughters around 3,400 calves per week, declined to comment.

Article reserved for our subscribers Read also L214, the crusaders of the animal cause

Do you want to live a quiet life? This barn conversion in County Durham is on sale now