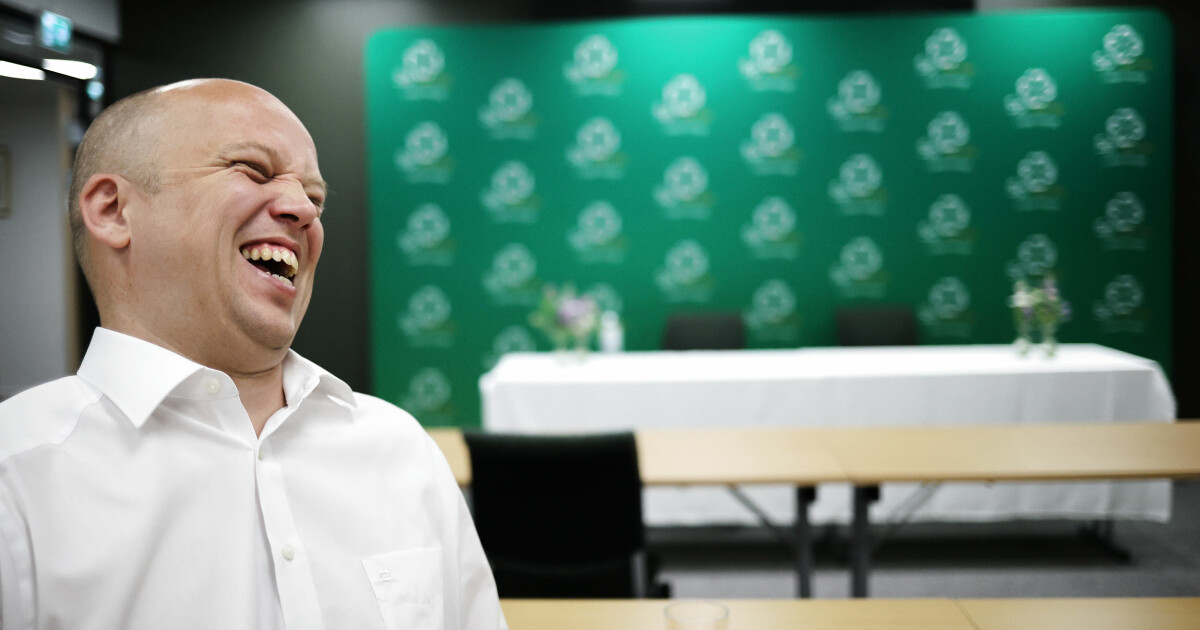 – I know that it is a strategy in the party that we should not talk about it, but I am a loose cannon from the north. I can not imagine a better prime ministerial candidate than him. I have faith in it, but I may be unpopular now. But you have to be honest and answer what you mean. I have no doubt that he will take that role very well, says Toralf Heimdal to TV 2.

Heimdal is mayor of Bardu. The municipality where the Center Party made the best choice in 2019 with a staggering 62.9 percent.

– He has a humorous undertone, but when it comes to important issues in place, he falls into place. He is a statesman, says Heimdal.

He believes Vedum has a lot of credit for the party being gathered after the conflicts in the party.

– We have a kind of Trygve effect. When we have a difficult period nationally and internationally with the corona, we need Center Party politics to get excitement in the districts and he Trygve as a guiding star to bring optimism back to the Norwegian people, says the Bardu mayor.

Storting representative Sandra Borch has invited TV 2 home on the farm in Lavangen.

– I think it is very important to have a prime minister that people can recognize themselves in, who is able to listen to people, be able to talk to people and take hold of the opportunities and challenges they feel on the body, says Borch.

For the first time, a Storting politician from the Center Party talks loudly about Vedum as a prime ministerial candidate.

– Trygve is a good candidate to be, of course, says Borch.

– Jonas is shy and a little difficult to get to know, Borch chuckles.

She refers to the Center Party as “a governing party” and “people’s party”, and does not spare the superlatives about Vedum.

– He is very popular. When you take Trygve with you on a round trip in northern Norway and into a café, you do not get him out of there, because he will talk to everyone. The people need such a leader who is able to hear and listen to what their challenges are in everyday life.

– No, it is not. It is up to the voters to make that decision.

– What qualities does he have that can make him a good prime minister?

On the latest measurements at TV 2, the Center Party has been on a par with the Labor Party.

– We have a completely different support. There is a great responsibility on the Center Party in the future, but at the same time the party is ready to take that role and give a new course.

Borch believes the Center Party is the clearest opposition party.

– We talk about issues people are concerned about. In northern Norway, one feels the centralization of the current government. We have seen it with the forced merger, downsizing of the defense, the police reform and within the air ambulance service. People are bored and want a new board, and the Center Party responds to what the voters are looking for.

Central board member and county mayor in Troms and Finnmark, Ivar B. Prestbakmo, says many want Vedum as prime minister.

– He fronts a party that has the will and ability to take power in the country if the voters want, then we get to discuss the prime minister issue. But that there are many who want him as prime minister, I think, says Prestbakmo to TV 2.

– How do you notice that?

– I hear what people say. They say that Trygve can be a fantastically good prime minister, and I am absolutely convinced of that too.

In Troms and Finnmark, the party is set to become the largest country in 2021. Tor Eriksen announced just before the 2019 election the transition from the Labor Party to the Center Party. Then he sat on the municipal council for the Labor Party.

He believes Vedum should challenge Støre.

– Yes, if you ask me, I think we have come to the position that we can say that. Clearly. That is my opinion. Just look at the basket. Of course you have to have a little self-confidence, says Eriksen.

– What had made him a good prime minister?

– It is his qualities as a person. Clarity and predictability – and it is important for the Center Party to get where we are. Clarity, predictability and listening – those qualities Trygve is a spearhead for. It would have been fantastic if he continued as prime minister.