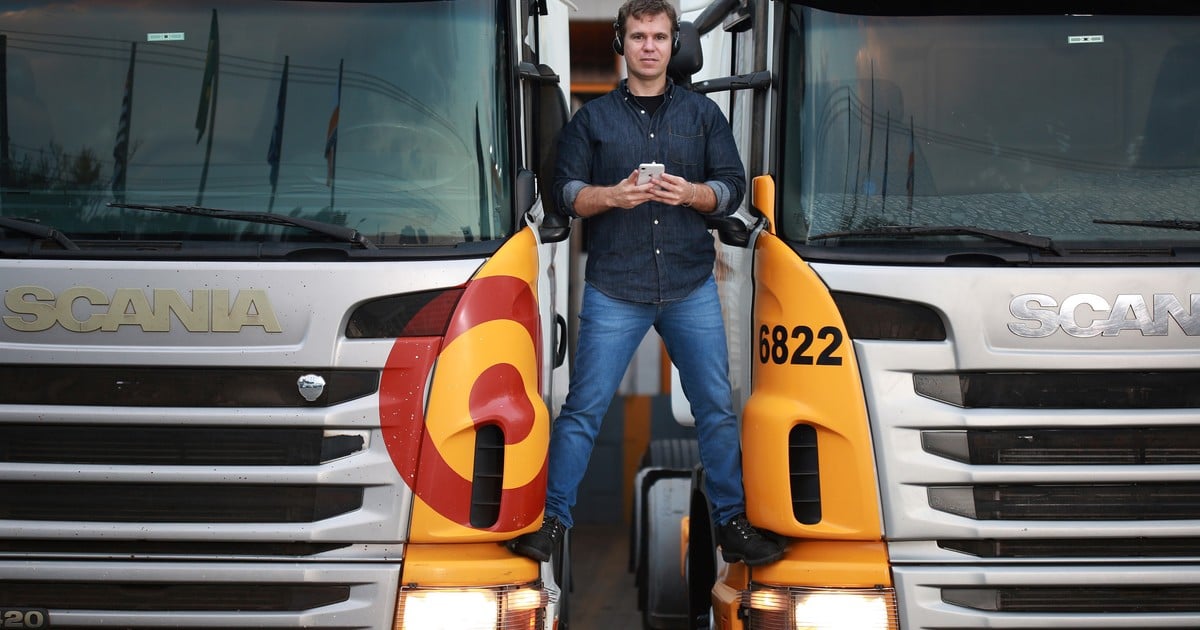 The investment rain came, but not as expected. The new breed of tech startups seduce investment funds, eager to detect disruptive business ideas with high growth potential. In recent years, a total of 78 very young companies captured US $ 4.9 billion in investments, which positions Argentina as one of the main unicorn hatcheries in the region.

The data comes from the study “Tecnolatinas” prepared by the consulting firm Surfing Tsunamis under the auspices of the IDB. In the peloton, Mercado Libre, Globant, Auth0, Despegar and OLX stand out, all companies that surpassed a valuation of US $ 1 billion, which in financial jargon is defined as a unicorn. But there are many others with the same profile, such as Ualá, Satellogic, Tíanube, Mural, Bioceres and Agrofy, who aspire to join that exclusive club.

Together, the report says, they represent an ecosystem valued at US$99.000 millones , the largest in the entire region. Even above Brazil, which has 513 startups, 16 unicorns, with a theoretical valuation of US $ 91,000. The report concludes that in Latin America, a total of 1,005 startups represent a value of US $ 221,000 million, but “83% were created in the last 4 years.”

The value of a company is based on the investments it captures. The funds receive shares based on their capital contribution, just as they just did Tendube (which raised US $ 89 million) and Digital House (US$50 millones). “Between the two they raised more than the total investments made between 2017 and 2018”, Sums up Juan Manuel Giner González, director of ARCAP, the entity that brings together more than 40 investment funds. “That shows that rounds are getting more and more important”He added.

Santiago Sosa, CEO and founder of Trendenube, tells of plans to expand the platform to the entire region.

Tíanube offers technological infrastructure for the assembly of online sales portals. Digital House is dedicated to remote training courses, especially for future programmers. The data is not accidental. Fintech and eCommerce They were the ones that grew the most in the pandemic and those that captured 72% of the investments, according to “Tecnolatinas”.

Santiago Sosa, co-founder and CEO of Trendenube, clarifies that the startup’s business model differs from that of Mercado Libre. “Brands want to have direct contact with the consumer, without intermediaries, and control the entire operation,” Sosa clarifies. This 34-year-old engineer, graduated from ITBA, says that the platform has today 80,000 customers (including Playmobil, Rasti, Billabong and Copel) that pay an average of $ 1,000 per month and 2% on their sales.

With the capital injection, the company plans to expand throughout the region. “We invested a lot and last year we quadrupled our payroll,” he says. Today they have 400 and they plan to recruit 300 more throughout 2021. Sosa lists that Trendenube is part of the natural evolution of a business model that broke through with Amazon, eBay, Mercado Libre, and Alibaba. “The demand, today, points to the brands themselves having their place and compete for price and speed of delivery“, He said.

The funds’ commitment enhances the growth of technology startups, but not only that. “Argentines have a global vocation, and they know that in order to grow they have to expand to other markets”, underlines Marta Cruz, from the NXTP Ventures fund. And that, he adds, differentiates them from Brazilian developments, that “first they plan to grow internally and then see if they go global.”

“Argentina is a very good test bench with its 45 million inhabitants, but it is only the beginning. The region is a market of 600 million people and the Argentine entrepreneur has been clear about this since its foundation, ”adds Giner González. They are encouraged and inspired by the antecedents of the pioneering unicorns, Mercado Libre and Globant, which “are a reference for the new litters of startups”, He sentenced.

The crucial thing, analysts say, is detecting unsatisfied demand, as happened with Digital House, whose focus is the development of digital talent, one of the most scarce resources in the world. The company offers short programming and content courses “that are put together so that people can work and undertake”, says Nelson Duboscq, co-founder of the company together with Eduardo Brochou.

Digital House operates in Argentina and Brazil and “in 2020 we had 25,000 students between the two countries,” says Duboscq, who describes himself as “the Litto Nebbia of entrepreneurs.” To the date, the startup raised US $ 85 million and has just received the backing of Mercado Libre, Globant and the Riverwood Capital and Kaszek funds, led by Hernán Kazah. “The priority – highlights Duboscq – is to regionalize the company and grow in Brazil”. All aimed at developing technological skills, with specializations in electronic commerce, digital marketing, data science and cybersecurity, among others.

The creation of value does not recognize bordersBut the rise of tech startups offers some curiosities. A notable case is that of Federico Vega. A native of Puerto Madryn, in 2013 he settled in Brazil to found Cargo X, an application very similar to Uber but for truckers. The startup achieved such success that today it is used by 1.2 million truckers and 12,000 companies, has raised more than US $ 200 million in funds such as Goldman Sachs, George Soros and Blackstone, and is on the verge of becoming a unicorn.

Cargo X is a pioneer in the field, it is expanding rapidly and the next objective of Vega, Argentine to the core, is disembark in Argentina, your own country. The reverse path most entrepreneurs take. He managed to settle and grow exponentially in Brazil and now plans to replicate the same model but in his native country.

Vega saw the business of connecting truckers with companies long before its main North American competitors, such as Uber Freight (created in 2016) and Convoy, whose headquarters is close to Amazon in Seattle, and which received investments from Jeff Bezos and Bill Gates themselves. Cargo X has 570 employees, “we reached 5,500 cities and 97% of the municipalities in Brazil,” he said.

Due to the pandemic, “in 2020 we grew 75% and truckers charged US $ 5 billion through the platform,” he adds. Cargo X’s logic is the same as Uber’s, but focused on logistics. It is an app that connects supply and demand to move products from one place to another. With the goal of completing trailers, many of which are empty. Vega says that the same thing happens in Argentina.

He founded the company in Brazil 7 years ago, “without speaking Portuguese and without capital,” he says. Why did you choose that country ?: “Because Argentina is very important, but it is a small market with big problems: inflation, economic instability and strong unions,” he said.

The ability to create companies with value

Despite the uncertainty, political and economic instability, “Argentina has ability to create new businesses that generate a lot of value”, Ignacio Plaza, who leads the Draper Cygnus fund, says by way of introduction, which has bets spread across startups in various countries and on“ more than 30 unicorns, including Tesla, Twitter, Space X, Coinbase and Robinhood ”.

In the sights of venture capitalists are new startups that have enormous potential to grow in a short time and “hunt down good projects”Adds Plaza. In this sense, the specialist considers that in Argentina technological developments proliferate and “It is a very important place to start, but not as a market”.

The investor praises the country for the generation of talents, its educational level and that it was a pioneer in the region in technology. “It could occupy a role equivalent to Israel”, He says, since he stands out in areas as diverse as fintech, software, biotechnology and also in the aerospace industry. Precisely, one of the most notorious ventures in recent years was Satellogic, the startup that entered the microsatellite game and is analyzing jumping to the Nasdaq.

The Argentine entrepreneurial ecosystem matures. Above all, due to the emergence of private investors, who finance promising projects, with a global vocation and fast growth. Strictly speaking, only a select minority manages to overcome the crisis, climb stages and position itself as a unicorn. This is what Auth0 achieved. In 2014 it received an injection of US $ 2.4 million from the Bessemer Venture Partners fund. To date, it has already raised US $ 332 million, which raised its valuation to US $ 2 billion.

Last month, the Californian Okta disbursed US $ 6.5 billion to buy Auth0, the technology company created by Matías Woloski and Eugenio Pace that develops authentication technologies for companies. The agreement contemplates a transfer of shares and the merger of the two companies.

In 2019, according to the latest ARCAP report, which brings together more than 40 investment funds, the 5 companies that raised the most were Ualá (US $ 150 million), Auth0 (US $ 103 million), Satellogic (US $ 50 million), Technisys (US $ 50 million) and Agrofy (US $ 23 million). But the flow grows year after year, in parallel with the increased interest from venture capitals.

Ualá is a fintech that could qualify as a unicorn. With 3 years of life (it was launched in October 2017) it has already attracted the interest of investors such as George Soros and Goldman Sachs, among others. In 2019 it received investments from the Chinese Tencent and Softbank, which valued it at US $ 900 million. Today they have 400 employees. The fintech sector is one of the most coveted by investment funds, according to the study “Tecnolatinas”.

The funny thing is that the vast majority of startups fail to be profitable for many years. However, the most valued by investors are its growth projections and the possibility of breaking into traditional markets (such as banks or the retail industry) and expanding globally.

“The fact of having several success stories, such as Mercado Libre and Globant, is inspiring for new entrepreneurs and are a benchmark inescapable for the new generations. Luckily, companies such as Tendenube, Onapsys and Satellogic continue to appear ”, summarized Juan Manuel Giner González, executive director of ARCAP.

Powerful ‘puffer fishes’ die, killing up to 30 people; A shore and land in fear | Hundreds Of Sea Creatures Deadlier than Cyanide Found On Beach