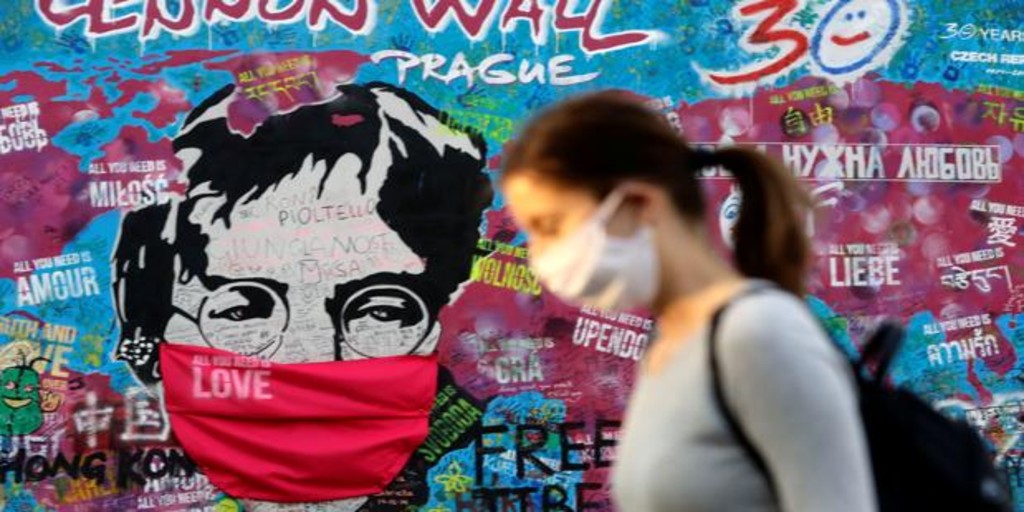 Almost since the beginning of the coronavirus epidemic the actual number of people who had been infected has been unknown, because the milder cases were not on the lists. Finally, this Sunday the Government announced that it is going to start doing significant amounts of antibody tests to try to take the pulse of COVID-19 and estimate how many people are immunized and have passed the infection.

Several mathematicians and epidemiologists have highlighted in ABC the importance of knowing what is the real number of people who have passed the infection. And they have explained how despite having incomplete information models can reconstruct the “submerged part of the iceberg”. This is especially important now that government advisers are already studying how to ease containment measures but without triggering a second wave in the epidemic.

“The data we collect today are lives that we will save tomorrow,” he explained. Alfonso Gordaliza, Professor of Statistics and Operations Research at the University of Valladolid and President of the Spanish Mathematics Committee (CEMat). “We need them to know the evolution of many variables in this process, such as hospitalization needs or the rate of infection,” he said.

Since last week, around 200 mathematicians from various universities and institutions They have been made available to the Government, through the CEMat, to carry out epidemiological studies, estimates and even models to improve the logistical distribution of resources.

The importance of missing data

Gordaliza has pointed out an important deficiency both in Spain and in many other countries hit by the epidemic: «The population has not been tested for logistical and technical reasons. If they had been done, we would have had a pretty good X-ray of the situation, which is very helpful in improving model forecasting and making decisions. ” The professor has also highlighted some difficulties that occur because the Autonomous Communities do not follow the same criteria when publishing their data.

Denise Naniche, immunologist and scientific director of the Barcelona Institute of Global Health, has stressed the importance of knowing the real numbers of the epidemic. In his opinion, “doing diagnostic tests (that detect the virus) to all people with symptoms and their contacts is necessary to control an epidemic and cut the transmission chains.” He also highlighted the importance of antibody tests to detect “how many people have had the infection at any time.”

In this sense it has coincided Antonio Durán, Professor of Mathematical Analysis at the University of Seville: «The data on those infected in Spain is very bad, it does not reflect reality. With him you cannot know how the epidemic is going or take the right measures.

For now, and until antibody tests are performed, it is difficult to estimate what the actual number of people who have been infected is. While the numbers of confirmed infected people were around 135,000 this Monday, a report published at the beginning of last week by Imperial College London suggested that in Spain there are in the order of 1.7 to 19 million infected, with a 95% probability, that is, from 10 to 100 times more.

Since the epidemic began, experts from around the world from various specialties have been making predictions to manage the crisis. The easiest approach is to do surveys. Antonio Fernández Anta, researcher of the IMDEA Networks Institute, is leading one in which around 10,000 people answer each day to the question of how many people with symptoms know. Their results conclude that on March 31 there were three million infected in Spain.

But this survey has the limitation that it does not represent the population in a balanced way, but is answered by anonymous people. According to Fernández Anta, “the ideal would be to be able to make a systematic study of the population, similar to voting intention surveys, to choose a representative sample.” Another problem is that it only allows you to take a still photo, not to predict the future.

Statistics can also help make predictions. The group of Computational Biology and Complex Systems (BIOCOM-SC) from the Polytechnic University of Catalonia is working on analyzes that adjust a function to the epidemic, that of Gompertz, in order to make daily predictions about the number of infected and ICU patients. Thus they predict that in the next few days Spain will register in the order of 6,000 to 7,000 new cases daily. They also estimate the number of infected that there were days ago from the lethality: according to their calculations, on March 14 there were in Spain more than a million infected.

Nevertheless, Daniel López Codina, a member of the team, warns that the quality of the predictions depends on the quality of the data: «We have to be very careful. Having data from those diagnosed by PCR is not the same as having those diagnosed by radiography. All these circumstances force us to change our criteria on the fly. ” Again, as in Spain with the Autonomous Communities, the authors of the model denounce that the disaggregation of data from the regions of the European Union makes it difficult to understand the epidemiological evolution of COVID-19.

In addition to surveys and statistics, mathematical models are being used to fight COVID-19. In general, they try to extract the relevant aspects for a real situation and put them in the form of mathematical equations to predict how certain measures or factors will affect to its evolution. This is, for example, how meteorology works.

Jesús Gómez-Gardeñes, full professor at the University of Zaragoza, is an expert in Statistical Physics and coordinate a group, together with researcher Alex Arenas, from the Rovira i Virgili University, who uses a methodology derived from the classic SEIR model, where epidemics are explained dividing the population into categories: Healthy, Exposed, Infected and Recovered.

But in this case, its model goes much further and reproduces the peculiarities of the COVID-19: «Really our method is a SEAIHR model, divided into three age groups in which the asymptomatic states (A), causing the rapid silent spread of the virus, and the H (hospitalized) state, where the variables associated with ICU admissions for assess hospital saturation “, explained the researcher.

How can lives be saved?

Thanks to this model, important predictions can be made. For example, “since the beginning of March, the models already indicated that the number of cases was going to skyrocket in Madrid in a matter of days,” recalled Gómez-Gardeñes. Now their analyzes have led them to estimate that the cessation of non-essential economic activity in Spain «will save the lives of 5,000 people in two weeks »and they are allowing them to study how to lift the containment measures, progressively and perhaps focused on certain age groups, such as the elderly.

Yamir Moreno, director of the Institute of Biocomputing and Physics of Complex Systems of the University of Zaragoza, works on an epidemiological model for Boston, in the United States. This city bet on confinement and tests and has only harvested 1,877 infected and 15 died since the epidemic started in late February, among its 4.7 million inhabitants. Its method is an extension of the SEIR model in which the complexity and categories have been multiplied to reflect the peculiarities of COVID-19 and its impact on the health system.

Based on his predictions, Moreno has stressed the importance of tests when designing measures to alleviate confinement: «To avoid a second wave of infections and reduce hospital burden you have to go out and look for the infected: you have to find people with mild symptoms and isolate the positives and their contacts ».

Based on his calculations, he has also underlined the relevance of cities gradually recovering their pulse: «For example, you could decide to open shops but leave restaurants, cinemas, theaters and schools closed, where there are more crowds. I think it will take months for cities to return to normal. ”

So the final battle won’t come until antivirals and vaccines enter the scene. It will take time to regain our former life. I don’t think we can go on summer vacation this year. At least this is what the mathematical models indicate.

The “tsunami” that saturated hospitals

This Sunday the government announced that this week it will distribute material to do up to a million antibody tests and that it will distribute equipment for another million a little later. This announcement occurs in a context where the demand for medical supplies and kits has exploded in international markets and weeks after the Executive ordered to return hundreds of thousands of invalid diagnostic kits to China. Why did it take so long to get these test kits for the COVID-19?

«This has been like a tsunami, much bigger than people think, and now what we are doing is trying to save the junk », he explained last week Julio Garcia, spokesperson for the Spanish Society of Infectious Diseases and Clinical Microbiology (SEIMC) and head of the microbiology service of an important Madrid hospital. “In Spain there is no capacity to diagnose COVID-19 because the tests are not yet ready.” For this reason, García affirmed that the laboratory tests were destined to solve the day to day and not to study the evolution of the epidemic: “Now the priority is to attend to the patients.”

Most of the tests that were being carried out so far were PCR (polymerase chain reaction), very common and reliable laboratory tests that detect the virus in patients. Apart from PCR, the National Center for Microbiology and various hospitals have been working these days to validate the functioning of antibody tests, those proteins produced by the immune system in response to the virus attack, about 12 days after the infection begins. . High demand has even been hampering the supply of reagent for PCR.