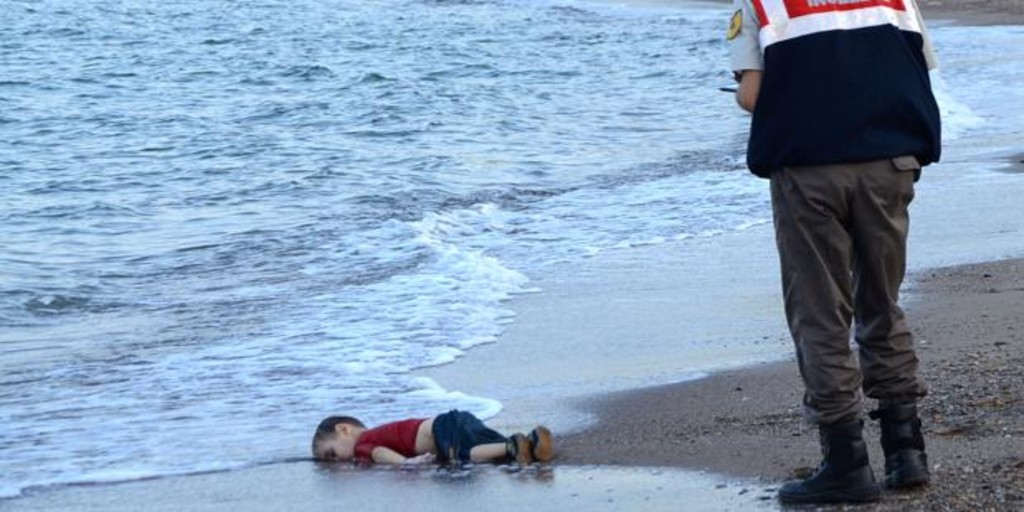 A Turkish court has sentenced this Friday to 125 years in prison each of the three traffickers directly involved in the death of the Kurdish boy Aylan Kurdi, whose drowned and lifeless body became, in 2015, in the icon of the tragedy of the refugees.

Kurdi and his family were trying to get from Turkey to the Greek island of Kos when his boat was wrecked near the shore. Neither had a life jacket. Twelve people lost their lives when they tried to cross the sea from the Turkish town of Bodrum to the Greek island of Kos. Four other minors also died along with Aylan, including his brother Galip, a five-year-old boy, and their mother, Rehan, 35. Abdullah Kurdi, Rehan’s husband and Aylan and Galip’s father, managed to survive the shipwreck. He was found unconscious and taken to the hospital near Bodrum. As he noted then, his only wish was to return to Kobani, the Syrian city from which they came, to bury his wife and children.

The three convicts, identified as Cebrail E., Ecevit Bülent G. and Ali Can S., had been on the run for five years until they were detained in the city of Karatas, in the south of the country and very close to the place of the shipwreck, in Adana province, reports the official Turkish news agency Anatolia.

They have all been convicted of murder when it was understood that they were directly responsible for managing the fateful trip.

Kurdi’s three-year-old body was dragged to the shore and the image captured by the cameras ended up putting a face to the hardships and risks faced by those fleeing the war.

In 2016, Turkey already sentenced two Syrians to four years in prison for trafficking in persons related to the death of Kurdi and his family.

Free trading could not have come at a worse time

The War of the Throne in Marseille, episode 23: bleachers for women