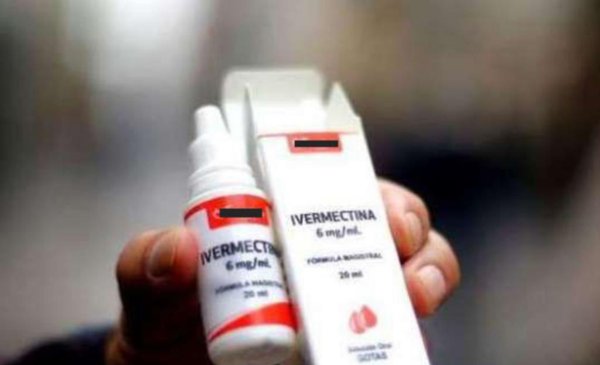 Last week the Ministry of Health of Misiones approved the use of Ivermectin for patients with COVID, thus becoming the fourth province to adopt this drug that has not yet been approved by the National Drug Administration (ANMAT) but shows evidence to mitigate serious pictures of the disease.

The use of Ivermectin, which is a broad spectrum antiparasitic used in both humans and animals, had already been approved by the health authorities of Salta, Corrientes and Tucumán, and is also indicated by some doctors in other provinces without a legal framework.

Approved by the United States Food and Drug Administration (FDA) as an emergency treatment against COVID, Ivermectin has been shown in several trials to have antiviral antivity and function as an inhibitor of SARS-CoV-2. Its use has been shown to result in faster virus clearance when treatment is started early in the infection.

In the “complex national and provincial epidemiological context, the search for therapeutic alternatives for the restoration of the health of patients affected with COVID corresponds,” explained the Minister of Health of Misiones, Oscar Alarcón, after approving its use in a daily dose of 0.6 milligrams per kilogram of weight for five days virus

“We are convinced that it decreases the viral load and that it has done very well to the population we have given it,” said Rossana Chahla, the Minister of Health of Tucumán, another of the Argentine provinces that allow its use in patients with COVID.

See also  The supply of Canadian toilet paper is safe in the COVID-19 pandemic, according to the market leader

Also in Salta they are using the drug “in a preventive manner among health personnel, groups of older adults and people with underlying diseases or causes of comorbidity,” as confirmed by Juan José Esteban, the provincial Health Minister.

Last September a clinical trial evaluating the effect of Ivermectin on the replication of SARS-CoV-2 in patients with COVID-19 showed that the administration of a dose of 0.6 milligrams per kilo produces the fastest and most profound elimination of the virus when treatment is started in the early stages of infection.

This is the project “Evaluation of the antiviral effect of the drug Ivermectin against SARS-CoV-2” in charge of a public-private consortium led by the doctor Alejandro Krolewiecki, of the Institute of Investigations of Tropical Diseases of the Oran regional headquarters of the National University of Salta (UNSa).

The study that evaluates the effect of Ivermectin on the replication of SARS-CoV-2 in patients with COVID-19 showed that the administration of this drug at a dose of 0.6 milligrams per kilo of weight (three times what is usually used) It produces the fastest and deepest elimination of the virus when treatment is started in the early stages of infection (up to 5 days from the onset of symptoms).

The finding of the antiviral activity of Ivermectin is the result of a clinical study on 45 patients with mild or moderate disease in different hospital centers (CEMIC, Muñiz and Alta Cuenca de Cañuelas), among which 30 patients were administered the drug in high doses, the rest did not, and drug safety measurements, virus quantification in respiratory secretions and Ivermectin levels in blood were made.

See also  The results of the final medical examination are now available. Medical graduates at the University of Rzeszów passed it - Rzeszów.Wyborcza.pl

The patients who received Ivermectin presented a significantly different antiviral response than those not treated, the effect of which was evidenced in the deeper decrease of virus secretions.

The test has antecedents in an article published in “Antiviral Research” by Australian researchers that show the inhibition of SARS-CoV-2 in Vero cells in-vitro, that is to say that it – unlike the one carried out in Argentina – was limited to analyzing the effects in laboratory.