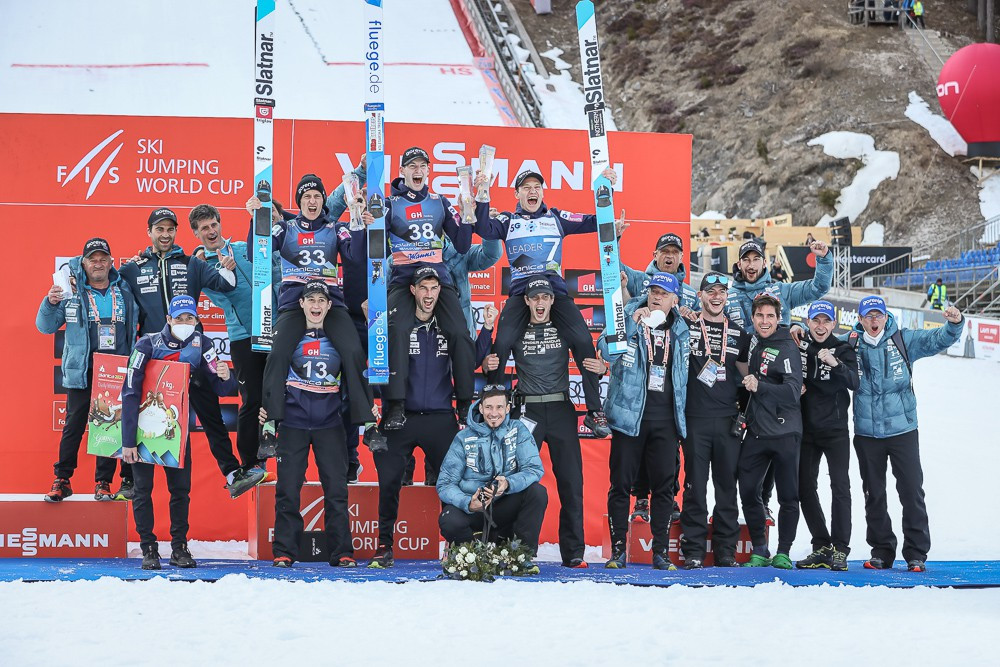 The Norwegians were in the second position, even in the lead after the flight of Marius Lindvik (240 m). Ultimately, after the trials of Bendik Jakobsen Heggli (214 m), Johann Andre Forfang (226 m) and Halvor Egner Granerud (244 m), Alexander Stoeckl’s players were 15.6 points behind the Slovenes.

The third place at the halfway point was occupied by the Austrians, who were fourth for most of the series, after the performances of Michael Hayboeck (216 m), Daniel Tschofenig (211 m) and Manuel Fettner (222 m). Stefan Kraft led them to the podium position with a result of 237.5 meters.

The Poles started the competition in third place after Piotr Żyła (217 m). Then Dawid Kubacki (218.5 m) and Jakub Wolny (233.5 m) kept their place on the podium. Ultimately, the Biało-Czerwoni, after Kamil Stoch’s flight of 227 meters, were classified fourth, 3.8 points behind the Austrians.