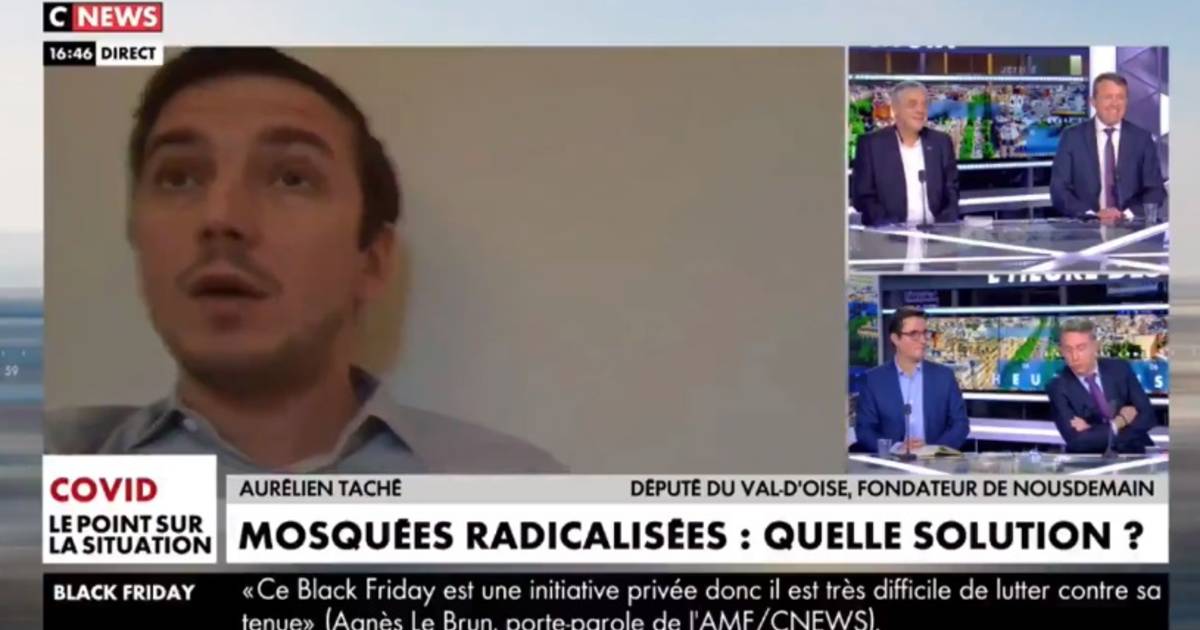 The former Macronien Aurélien Taché was speaking by video conference on the bill against radical Islam and “separatism” presented by the French government. He found certain provisions provided for in this text “surprising”, for example the fight against polygamy.

“It’s pretty amazing that the state is getting involved in this stuff. We know that French society is plural, diverse. We are now going to see how many people there are under people’s covers, right? All of this is very surprising, ”he said, denouncing a“ desire for political display ”.

His words made several guests jump on the set, including Eric Schahl, general delegate of the Union of Democrats and Independents, who deemed them “indecent”. “Polygamy, virginity certificates, is it a question of lifestyle? We are in the Republic, Mr. Taché, ”he retorted indignantly.

Stung, Taché then asked him to back up his point. “What does ‘we are in the Republic’ mean? Explain your sentence a little bit ”, replied the founder of the Demain Ensemble movement.

And his interlocutor replied: “For example, respect for women […]. To even have to explain to you that polygamy does not conform to the values ​​of the Republic: for you who are a representative of the people as a deputy, it is indecent ”.

On social networks, Aurélien Taché’s remarks provoked many comments, especially within the political class. Aurore Bergé, Member of Parliament for Yvelines (LREM), did not mince words with regard to her former colleague.

“I am ashamed. I am so ashamed that you were able to be elected in 2017 thanks to the investiture of En Marche and that today you defend as a deputy polygamy or certificates of virginity. We will never compromise on the rights of women in our Republic ”.

This Friday, faced with the outcry caused by his words, Aurélien Taché wanted to react via his Twitter account. He says “he never defended polygamy”. “Forced marriages are abominations. But in the name of the “values ​​of the Republic”, will tomorrow we ban “trouples” in the law? Be careful not to slip from the fair protection of rights to state morality! ”, He insisted on clarifying.