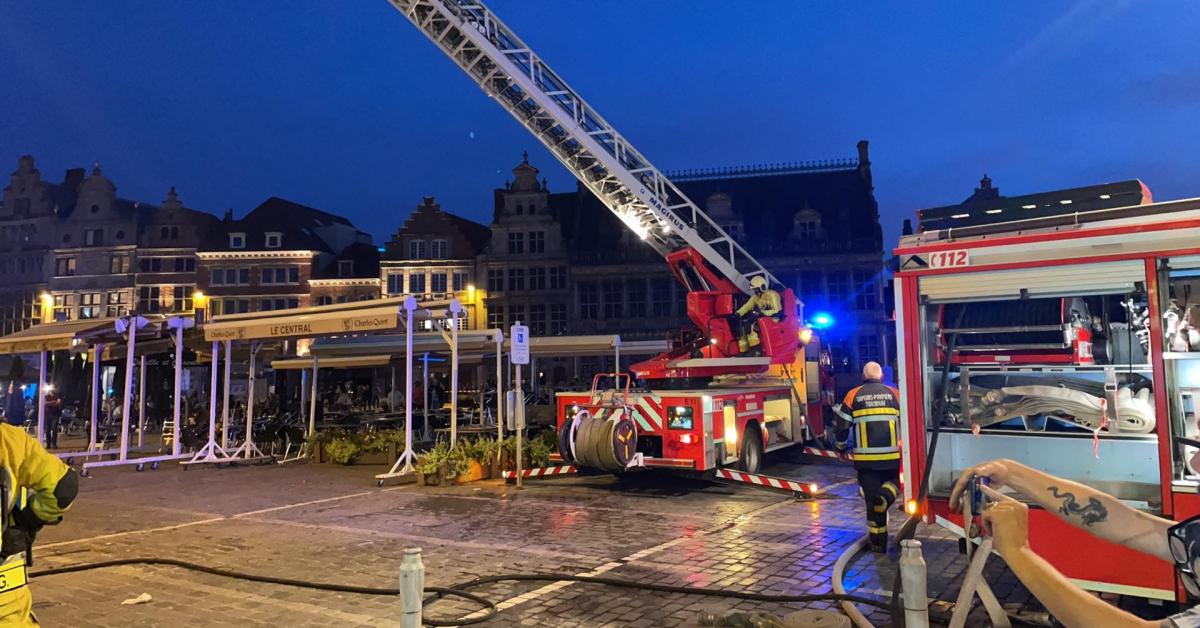 Shortly before 8 p.m. on Tuesday evening, the Central establishment on the Grand-Place in Tournai was evacuated following smoke emanating from the first floor of the building. Four fire trucks were dispatched to the scene. And the police blocked part of the Tournai forum.

The large-scale rescue services have been deployed on the Grand-Place. An employee tried to put out the fire that broke out in the room with the washing machine and dryer, but the fireplace was too large. The smoke was black and very opaque. Staff and customers had smelled a suspicious odor an hour before the start of the fire without imagining that it was coming from the first floor.

Fortunately, there are no injuries to deplore, but one of the tenants of an upstairs apartment was evacuated without knowing if she could find her accommodation again in the evening.

“The fire started on the first floor near a laundry room. There was a lot of smoke, but the fire was quickly brought under control by the firefighters, ”said Captain Jimmy Lahousse on the spot. The firefighters then proceeded to ventilate the building.

“It won’t require a long intervention, there will be a bit of clearing in addition to the ventilation. The fire did not spread thanks to the thick concrete planks, but there was a lot of damage from the fumes. Otherwise in terms of fire, it is essentially the 1st floor that is affected, ”the captain concluded.

See also  baby dies after falling from a tree branch, mother is in a coma

The owner of the establishment, Hassen Majri, thanked the firefighters for the efficiency and speed of their intervention: “The fire is under control, no injuries. That’s the main thing, ”he commented.