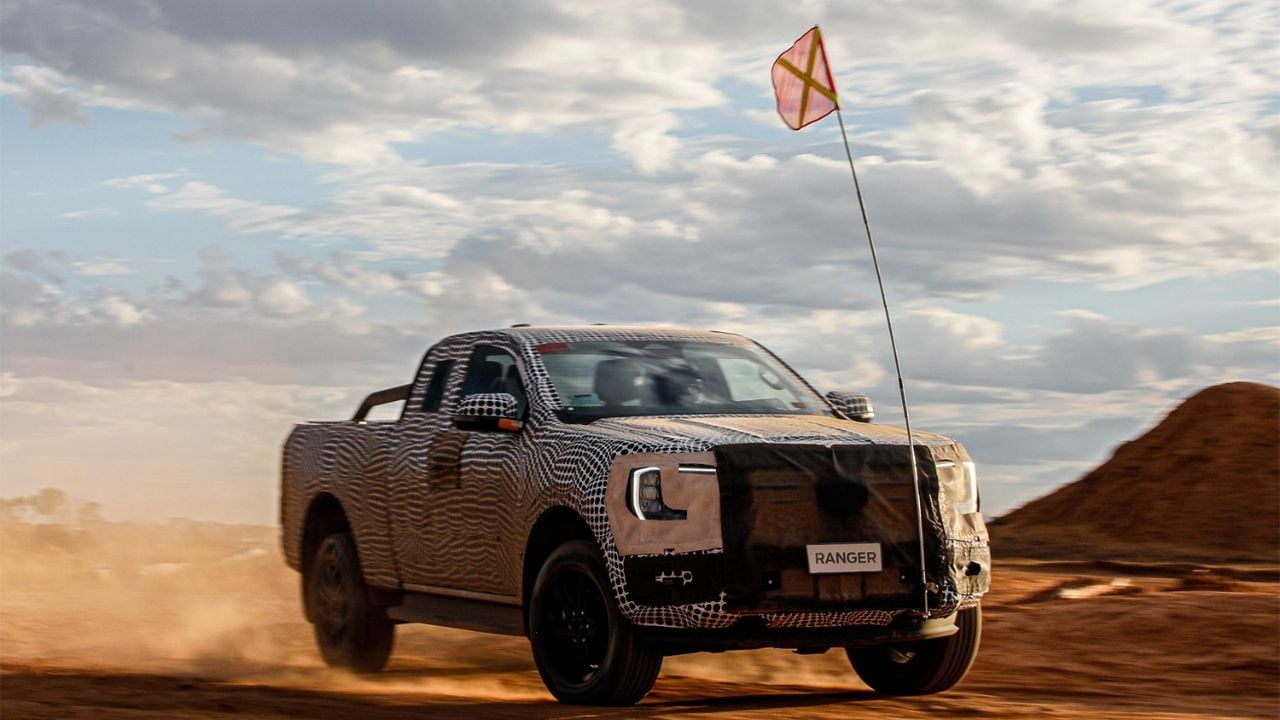 Ford Motor Company prepares to present the new generation of Ranger, its global medium pickup, although until now it has only been seen in photos during tests in different versions, always camouflaged.

It is still camouflaged, but now the images are official: Ford Europe published a video where the new Ranger is seen being tested in Australia and New Zealand, countries where the brand usually tests its pick-ups.

General Pacheco’s Argentine plant will be one of those that will produce the pick up. In fact, work on the production line has already begun and there are rumors that Ranger would not be the only model to be produced there. Everest, his SUV brother, is also likely to join. Ford Argentina is already paying the investment of about 580 million dollars which he announced last year for this purpose.

While we await the debut of the new generation of the pickup, it is likely to be styled similar to the F-150 and Maverick.

“Today we present the first official advance of the #NextGenRanger, which will be revealed later this year and released for sale in 2022, ”a Ford of Europe press release reported.

That market will be one of the first to welcome the new Ranger. It will be supplied from Ford’s plants in South Africa and Thailand, which will produce the model one year ahead of Pacheco.

Embracing superior off-road credentials and Ford’s dynamic driving DNA, We have developed the strongest, most capable and connected Ranger pickup to date, thinking of the customer. The Next Generation Ranger Will Be The Ideal Companion For Work, Family And Play We are delighted to introduce the highly capable Next Generation Ranger in its natural habitat, ”concluded the statement featuring the video.

See also  Ford offers vans with off-road capabilities. We tried them in a fishing paradise