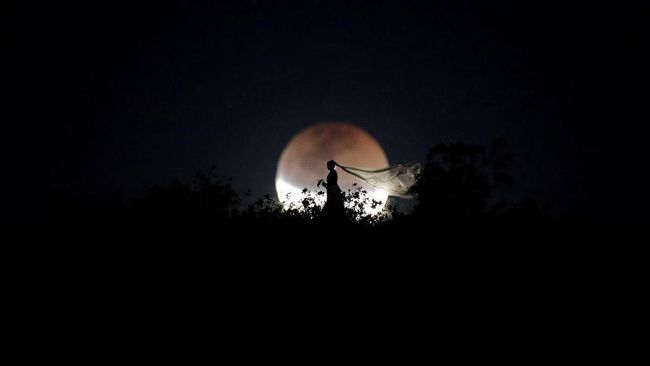 Jakarta, CNBC Indonesia – A study reveals the surface of the Moon can supply oxygen. In fact, it is said to be sufficient for the entire population of the Earth within 100 thousand years.

DNA India reports the surface of the Moon has a lot of oxygen with its regolith consisting of 45% gas, quoted Friday (12/11/2021).

The page adds that one cubic meter of lunar regolith carries an average of 1.4 tonnes of the mineral. Of that amount includes 630 kg of oxygen.

For information, humans need about 800 grams of oxygen per day. This means that 630 kg is enough for one person to breathe in two years.

That way a 10 meter deep regolith containing enough oxygen to meet nearly 8 billion people on Earth. The time period can be up to 100 thousand years.

The Moon’s atmosphere is actually quite thin, so it doesn’t have enough oxygen. There only consists of other materials namely hydrogen gas, neon and argon.

But the bedrock on the Moon contains sufficient oxygen. Oxygen is not in the form of a gas, it is between rocks and fine dust on the surface.

The space agency itself is trying to study oxygen on the Moon. NASA and the Australian Space Agency have signed an agreement to ship the rover under the Artemis program.

The project will collect samples of lunar rock. That way both institutions can learn how to extract oxygen.

The Artemis program was prepared by NASA as a human landing mission on the Moon. The crew of the mission will spend time and find ways to extract resources that are in space and can be used by humans later.

50th National Women’s Day: “The challenges remain the same, women are still pushed into a corner”

‘Not shocking’ to be behind Hamilton in Brazil qualifying