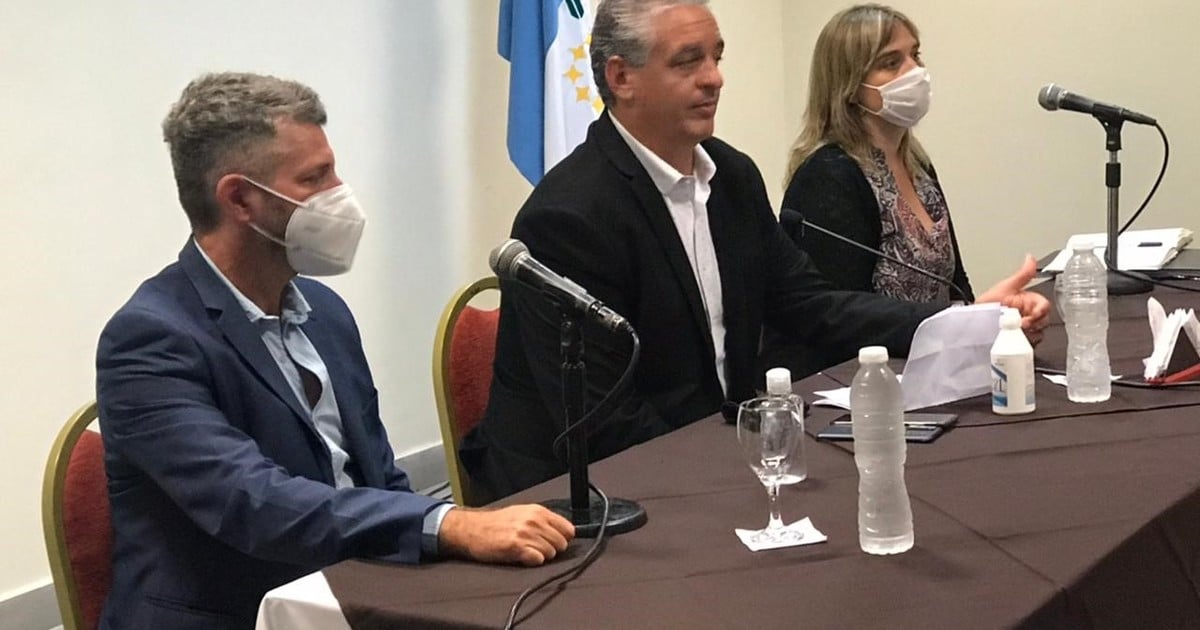 In the midst of the controversy and requests for intervention in Formosa by the conditions in which people with coronavirus in isolation centers arranged by the Government of Gildo Insfran, the Secretary of Human Rights, Horacio Pietragalla, said that “Human Rights are not systematically violated” in that province and that raising it “is almost a joke.”

“There are no clandestine detention centers in Formosa, it’s almost a joke; Human Rights are not systematically violated in Formosa; There are no crimes against humanity in Formosa, I want to make that clear, “said Pietragalla at a press conference.

The official said so after having toured the isolation centers and having met with opposition leaders.

“We were touring, we are not giving an opinion on what someone told us. We were with the people. I know there were complex situations, but nobody complained about the food and the treatment of the local people. Yes, there were specific situations where the swabbing and vaccination processes were not explained in detail and we transmitted it, “he insisted.

Alberto and Cristina knew we were coming to make this visit and they asked us to be as broad as possible and listen to all voices, and we did.

Pietragalla also insisted that there are no clandestine detention centers in the province and justified it by saying that “everyone knows” where the isolation centers operate.

“There are no clandestine detention centers, I mean, everyone knows where the people are stayingWith that single data you can imagine that there is nothing clandestine, and they are isolation, “he launched.

See also  Arrival underpass at the railway station in Brno: see what it looks like after the repairs

The official also specified that the president Alberto Fernandez and vice Cristina Kirchner They asked him to be “as broad as possible” and said they would present “a conclusion from the report” they made.

He stressed that this secretariat acts “in provinces that are pro-government and opposition parties and in any place that the national state has asked for help.”

Yes, the official who spoke with Insfrán warned cases of “institutional violence” and assured that he had a “response” of the governor. “The commitment with Gildo Insfrán is to train the entire force. There are already many provinces that have signed these agreements,” he added.

Before the press conference, Pietragalla met in the morning with the councilor Gabriela Neme, arrested by the police days ago. At that meeting were also the lawyer Daniel Suizer and Silvana Quevedo, who was isolated in one of the centers. “He told us that he did not come to do a tourist tour“Neme said.

The national official also held a meeting with national and provincial legislators and leaders of the UCR of the province.

“The meeting was very good, we were meeting for an hour and a half with the secretary. And I have to qualify his predisposition as very good, he listened to the proposals we made to him,” he told Todo Noticias Ricardo Buryaile.

See also  Support Decree bis: what we know about the new car bonus

The Formosa national deputy said that they brought him the claims of institutional violence, what happened with the detained councilors and “what happens with the communities of no tolerance anymore to this type of confinement, be it for the quarantine of admission or for cases close contacts “.

Buryaile added that he remains “cautious” but maintains “expectations” after the meeting with Pietragalla. “Now we want things to change because what we are expressing is that institutional violence comes from the government itself, from the covid table itself with disqualification of the opposition, disqualification of journalism, of justice,” he concluded.