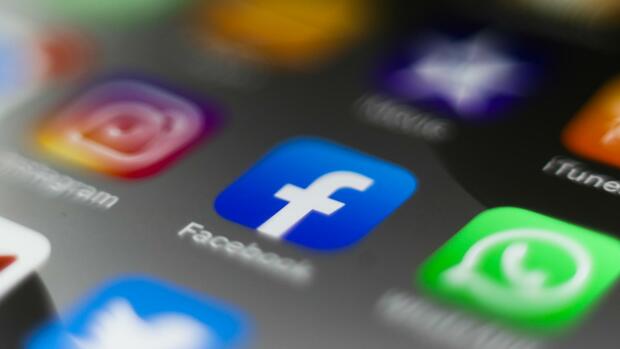 Dusseldorf, San Francisco The jogging pants for “cozy home outfits” are an example of many: Companies have adapted their marketing to the corona crisis. In times of exit restrictions, discounter Kik advertises on Instagram, Facebook and Messenger for trousers that many don’t wear on the street.

Customers find Kik and other retailers especially in digital media. For many people, Facebook or WhatsApp are currently the only way to keep in touch with friends. They read news online, play online games and watch films. Facebook has to fight so that its servers do not collapse.

But reach is one thing, converting it into sales is quite another. Despite the boom in use, the revenues of the tech companies are in danger of slumping. Because Facebook, Google and her daughters Instagram and Youtube are financed by advertising – and that is where many companies are pulling the emergency brake.

According to forecasts by the investment bank Cowen & Company, Google and Facebook alone will earn $ 44 billion less from advertising this year than previously expected. Other experts also expect this size.

According to Google, Google will only generate $ 127.5 billion this year, compared to Cowen’s previous estimate, it would be 18 percent less. On Facebook, the experts are correcting the expected advertising revenues down by 15.7 billion to $ 67.8 billion. A historic turning point for both companies: never before in their history did their advertising sales shrink compared to the previous year.

“It will not be business as usual,” Facebook CEO Sheryl Sandberg told Bloomberg in mid-March: “The advertising industry will be hit hard, and I don’t think anyone knows how hard.” Twitter already cashed in its forecast for the current quarter. For the digital giants, their flexible conditions are becoming a problem.

Common commercials seem to have fallen out of time

The companies would draw their budgets primarily from those media whose cancellation periods are particularly short, says Andrea Malgara, head of the Mediaplus agency. This included online media as well as social media. Campaigns on Facebook and Google platforms or competitors like Twitter and Snap can be played out or withdrawn almost immediately.

Added to this is the completely new situation: “Commercials that suggest an ideal world seem to have fallen out of time these days,” says Frank-Peter Lortz, CEO of the agency Publicis Germany. Lortz continues to see a need for communication, advertising companies should now show credibility and a sense of responsibility.

The bottom line is not enough: The advertising industry is on the retreat. One percent less economic output would mean five percent less advertising expenditure, Brandon Verblow from market researcher Forrester calls as a rule of thumb. The analyst had previously forecast eleven percent growth for the online advertising market in 2020, but now expects almost eight percent minus – which roughly corresponds to the Cowen forecast.

Nobody is currently suffering from one of the sorrow: Mediaplus boss Malgara sees no winners in the media landscape. There is not enough advertising for everyone. Across all media channels, Mediaplus anticipates a 35 percent drop in advertising sales in April.

Social and other online media would even get off relatively lightly with a 20 percent decline. Classic television, which accounts for the majority of advertising budgets in Germany, loses about 50 percent.

Experts also see black in other advertising media: “In the current situation, there is certainly less investment in cinema and outdoor advertising, including digitized advertising in public transport and at airports,” says Publicis manager Lortz. Hardly anyone sees posters in pedestrian zones at the moment.

Only Amazon’s media division is reasonably safe. Online trade is currently gaining market share, and advertising spaces related to product searches promise advertisers a more direct route to sales than spots for branding. For Amazon analysts calculate the German bank only with a decline in growth from 40 to 35 percent.

Google and Facebook, on the other hand, would have platform-specific problems in addition to the generally falling budgets: Google sectors such as flight and hotel search, which have been expanded considerably in recent years, have been practically dead since the pandemic broke out.

Facebook, on the other hand, is in a destiny community with locally operating companies. “The 140 million companies on our platforms are mostly small and medium-sized companies,” says Tino Krause, Facebook boss for the Germany, Austria and Switzerland region, the Handelsblatt. Many of these companies suffer particularly from exit restrictions because they do not have an online shop.

The network giant rarely gives insight into his figures. The Handelsblatt has data showing the behavior of Facebook’s advertisers in Italy while the situation in the country was worsening: advertisers already spent six percent less on ads during the first eight days of shutdown than before.

The Facebook data from Italy also show how the curfew affects the prices: The thousand contact was on average only about 1.35 euros – well below the 30-day average of 1.70 euros.

However, when the first curfews in ten cities in northern Italy were announced on February 21, the minimum bid was still over EUR 2.40. Despite lower budgets, advertisers can currently maintain or increase their reach online.

But, be careful: the price per thousand is the minimum price, so to speak. Those who offer too much will pay more than necessary these days. Lower bids are worthwhile. In addition, advertisers should be careful to limit their budgets. Otherwise it can happen that your advertisement is shown to a lot more people than usual. Possible consequence: significantly increasing costs.

While travel providers and automobile companies stopped their campaigns, providers of digital learning and entertainment, for example, massively increased their marketing activities and mitigated losses. The company did not want to comment on the data set on request.

Facebook, on the other hand, wants to talk a lot about its aid program. The group plans to provide $ 100 million to 30,000 small businesses in 30 countries, some of which are in coupons for ads. And health organizations can advertise free of charge in the corona crisis.

Crisis as an opportunity

Tino Krause rejects the question of his own economic interests: “I haven’t spent three minutes this week looking at how current our business figures are,” he told the Handelsblatt after the first few days of the crisis. “We want to be there for customers every day, primarily for small businesses that are struggling for their existence.”

In Germany, companies can apply for help at the Facebook locations in Hamburg and Berlin.

It is clear that Facebook can also show more users more advertising. The advertising spaces that the company is auctioning are therefore very cheap. The figures from Italy show that too. The more ads the company is currently giving away, the more the offer will be reduced and the price level will increase.

Drops in sales or not: The corona crisis gives the much-criticized Internet corporations the opportunity to make themselves more popular and to benefit in the long term. Smaller social media such as Twitter and Snap are at risk, experts like Andrew McLean from the media agency Inventus and Jasmine Enberg from the analyst eMarketer believe.

Experiments there would be discontinued quickly, while proven ads on Facebook would be deleted recently. For example, Cowen expects Snap to see a much stronger decline than Google and Facebook of almost 32 percent compared to the old forecast.

“Corona will lead to consolidation that the big ones could benefit from,” said Forrester analyst Verblow. “Google and Facebook will survive this crisis.”

More: Many companies have to drastically cut their advertising materials because of Corona. This also means that the communication industry is facing challenges.