KOMPAS.com – The list of countries that prohibit arrivals from Indonesia is growing.

Meanwhile, this is because the situation and condition of the Covid-19 pandemic in the archipelago is still not sloping.

This condition makes Indonesia get the attention of a number of countries. Some even decided to suspend and tighten flights from the country to their respective regions.

To find out more, follow Kompas.com summarizes the list of countries that have banned flights from Indonesia, Wednesday (14/7/2021):

Bahrain is the latest country to ban arrivals from Indonesia. This was announced by the country’s civil aviation authority on Tuesday.

Meanwhile, Indonesia is one of seven countries included in the list of 16 new countries whose arrival is prohibited in Bahrain.

Besides Indonesia, the countries included in the ban list are Tunisia, Iran, Iraq, Mexico, the Philippines, and South Africa.

SHUTTERSTOCK Illustration of an iconic Merlion statue in Singapore.

Singapore’s Ministry of Health announced the tightening rules for arrivals from the archipelago.

Quotes Kompas.com, Tuesday, this was conveyed on Saturday through the official website. On the site, it is said that the policy is effective from Monday (12/7/2021).

See also  Long COVID: This is how those affected deal with long-term corona consequences

Singapore reduced the number of arrivals from Indonesia for non-Singaporean citizens, as well as those who are not permanent residents of Singapore.

Also read: 10 Typical Street Foods in Singapore, Have You Tried All of them?

All tourists who have a history of travel to Indonesia within the last 21 days will not be allowed to transit there.

Since Monday, visiting tourists must show a negative Covid-19 test result through a PCR test taken within 48 hours before departure.

Travelers who land there without a valid Covid-19 negative result are not allowed to enter Lion Land.

PIXABAY/Hans-Jürgen Schmidt The tallest building in the world Burj Khalifa in Dubai. The height of this building is more than 800 meters

Since Sunday (11/7/2021), the United Arab Emirates (UAE) has suspended flights from Indonesia, as well as suspended the arrival of tourists who have been in Indonesia for 14 days before flying to the UAE.

The UAE government also prohibits its citizens from visiting Indonesia. However, there are exceptions to that.

Meanwhile, exceptions include diplomatic missions, emergency needs, official delegations, and economic and scientific delegations that have been previously permitted. Not only that, cargo and transit flights to and from Indonesia will continue.

Even if they are excluded, they must still show a negative result of a Covid-19 test taken within 48 hours of arriving in the UAE.

They also have to quarantine for 10 days, as well as carry out PCR tests at the airport and on the fourth and then eighth day after landing there.

Oman has suspended flights from Indonesia since Friday (9/7/2021) indefinitely.

Besides Indonesia, the country also stopped flights from other countries such as Singapore, Iraq, Iran, Tunisia, Libya, Argentina, Colombia, and Brunei Darussalam.

Oman also prohibits arrivals from other countries if they pass through the above nine countries for 14 days prior to their application to enter Oman.

Also read: Oman Bans Flights from Indonesia and 8 Other Countries

However, there are exceptions to the ban: Omani citizens, diplomats, health staff and their families.

However, they must undergo a PCR test upon arrival in Oman, undergo a seven-day quarantine, and perform a PCR test on the eighth day.

The Hong Kong government has banned all flights from Indonesia to enter its territory since June 25, 2021 at 00.00 local time.

This policy is the aftermath of the presence of several passengers from the country who were positive for Covid-19.

Not only that, the Hong Kong authorities have also determined Nusantara in the category of country A1 or at high risk of Covid-19 transmission.

In addition to Indonesia, there are also other countries whose flights have been suspended, namely India, Nepal, Pakistan, and the Philippines.

Since February 3, the Government of Saudi Arabia has banned flights from 20 countries including Indonesia, Japan, Argentina and the United States.

However, quoting Kompas.com, Monday, the ban does not apply to citizens of Saudi Arabia, diplomats, and health practitioners and their families.

Also read: In Saudi Arabia, waking up for sahur is a job and paid for by money 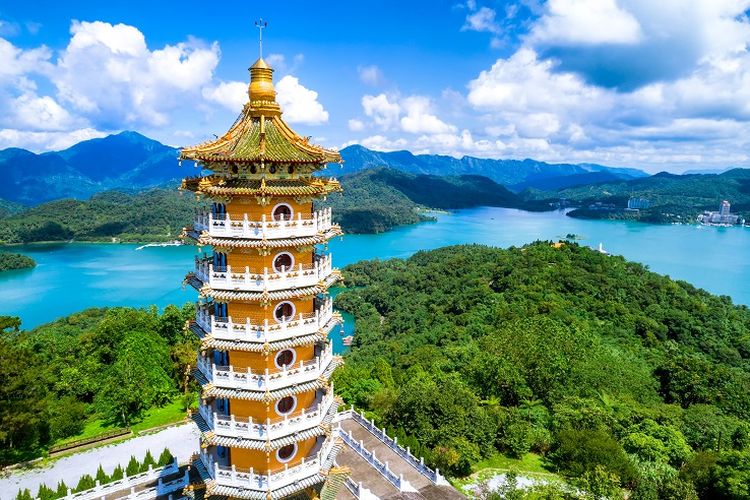 The Taiwanese government has still imposed an entry ban on all migrant workers from Indonesia since December 2020.

Meanwhile, this is because Covid-19 cases in Southeast Asia, including Indonesia, are still increasing. However, the country was considering lifting its ban in March this year.

Even so, until now there has been no official decision regarding the lifting of the ban on entry to Indonesia.

Also read: Halal Tourism in Taiwan, this is the difference between then and now

Japan has banned arrivals from 152 countries including Indonesia since April this year. Initially, the ban was only valid for 14 days.

However, until now there has been no official decision from the Japanese government regarding the lifting of the ban.