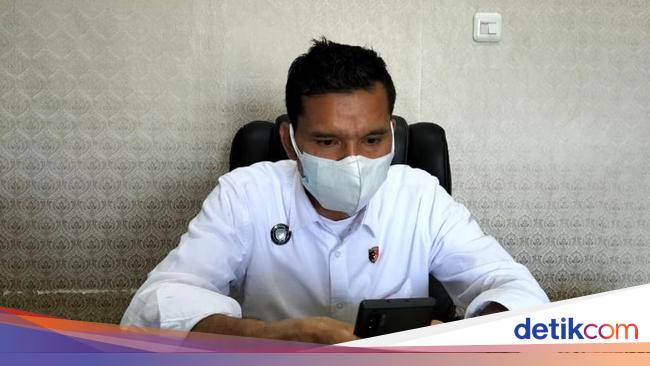 Central Java Police Chief Inspector General Ahmad Luthfi dismissed the Head of Criminal Investigation Unit of the Boyolali Police AKP Eko Marudin for allegedly verbally harassing a woman who was a victim of sexual harassment while reporting. This is what Eko said, which was considered harassing.

Initially, Eko was reported by a housewife with the initials R (28) to the Sie Propam Boyolali Police. Reports were also copied to the Central Java Police and the National Police Headquarters. R admitted that he felt harassed when he reported the case of sexual harassment he experienced to the Boyolali Police.

“I experienced the incident (sexual harassment in Bandungan), I immediately reported it to the Boyolali Police. As soon as I got there, I was well received by the SPKT,” R told reporters on Monday (17/1/2022).

After the SPKT, R was directed to the Satreskrim building for inspection. There, R also explained the chronology of the sexual harassment he experienced to investigators.

“When I arrived at the SPKT, I was directed back to the chronology room. When I got there I explained what I had experienced, and I had explained everything, suddenly the Head of Criminal Investigation Unit came,” explained R.

According to R, at that time Eko asked his members who the investigators were examining and the investigator answered that his wife S, a gambler, was arrested by the Boyolali Police the day before.

“Who? His wife is S, sir. Why are you here? You know that her husband is like that (gambling) how come he is silent,” said R imitating the conversation between Eko and the investigator, in Javanese which had been translated by detik.com.

“Then I kept quiet. Then there was the father (police member) who explained. This is sir, there was an accident, this is the report. The report is about this (sexual harassment),” he added.

Then Eko said to R. “Lha piye? Penak? (How is it delicious?),” continued R, imitating Eko’s words at the time.

“After that, I continue down. I got an incident like that, continued to add unpleasant words from the Head of the Criminal Investigation Unit. I was told to get out, I got out, that’s how it happened,” he said.

Receiving words like that, R admitted that his psyche immediately dropped and felt hurt. He then returned home.

“Yes, I immediately went down, I got an accident and I was told like that, I felt sicker like that. It’s a shame, I fell on the stairs and kept saying that. Until then I went straight, sir, the case doesn’t have to be continued, let’s just go home Instead of hurting myself again, I don’t focus on my husband’s case,” he said.

R went home and consulted with his family and friends. Then he contacted legal counsel. The next day R, accompanied by his attorney, reported the incident to the Boyolali Police Propam. In addition, R also reported the case of sexual abuse he experienced to the Central Java Police. In his report, R also admitted that he had completed the results of the post-mortem.