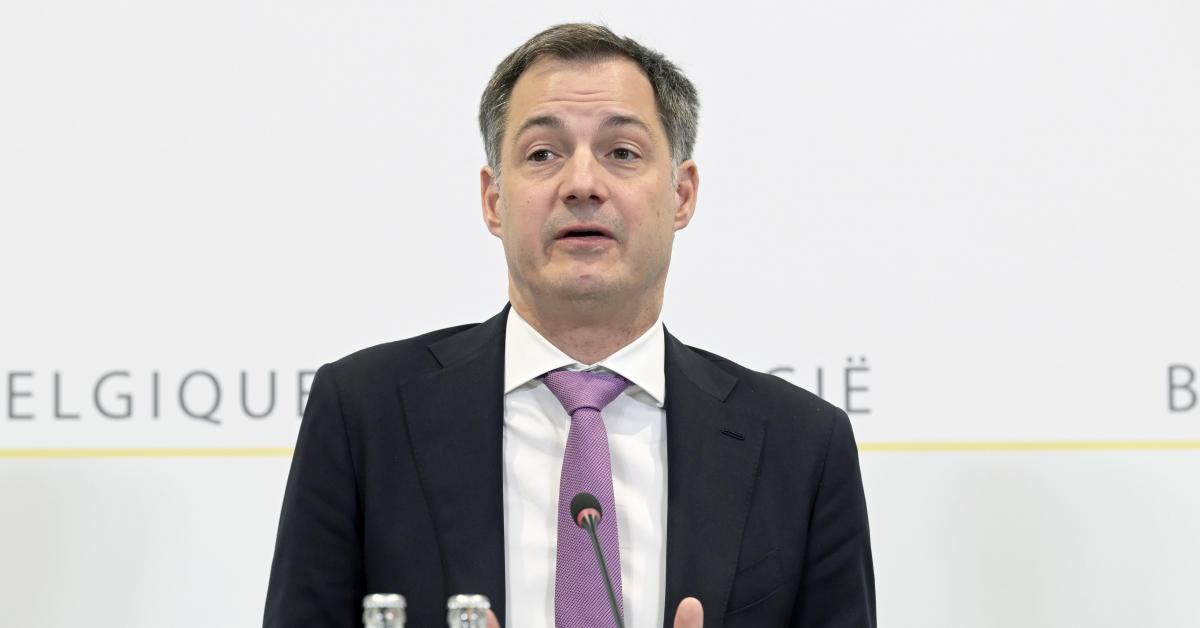 The federal government released 240 million on Friday over three years as part of budgetary control to promote cycling in commuting, announced the Deputy Prime Minister and Minister for Mobility, Georges Gilkinet.

The aim of this initiative is to encourage all employees to cycle to work, for example by increasing the maximum mileage allowance or extending the home-to-work reimbursement.

This is a priority of the federal plan for cycling, BE CYCLIST, said Mr. Gilkinet (Ecolo) in a press release, recalling that the government has chosen “active and environmentally friendly” mobility.

“To encourage everyone to get in the saddle, last September I launched the first federal cycling plan, BE CYCLIST, which mobilizes the entire government. Today, I am happy to implement a central element, that of promoting daily cycling mobility towards work. 240 million will be released over the next three years to support this active mobility, good for health but also for the wallet. Calories spent on health instead of spending fuel against our climate,” he added.

A contribution from the National Labor Council (CNT) and the Central Economic Council (CCE) is expected for the month of May.

Finally, Georges Gilkinet assured that with his fellow ministers mainly concerned – Pierre-Yves Dermagne (PS), Frank Vandenbroucke (Vooruit), and Vincent Van Peteghem (CD&V) – they will take into account the contribution of the social partners in order to encourage employees to cycle to work.

The money will be made available to the social partners, who will have to work out the support measures in a concrete way. The government is prioritizing employees who have no choice but to use their own car to get to and from work. This concerns, for example, domestic workers, who receive a very limited allowance in this respect, which is already insufficient given the current price of fuel. The government also wants to encourage the use of public transport, said Dermagne.

Vivaldi will also release an additional €10.5 million for food aid. This represents a 25% increase over current resources, said Dermagne.

The government is releasing 30 million euros to reduce fuel costs for employees who need their own car for their business trips, such as domestic workers. This was announced on Friday by the Minister of Labor and the Economy Pierre-Yves Dermagne (PS).

Finally, an additional 23 million euros are planned for the upgrading of specialized nurses.

These decisions were made during the March budget review.

Additional 82 million to Infrabel and SNCB

Within the framework of budgetary control, the federal government has decided to free up 82 million euros to enable SNCB and Infrabel to cope with the surge in energy prices and the indexation of the salaries of their staff, said Friday the Minister of Mobility, Georges Gilkinet (Ecolo).

The rise in energy prices is not only having a major impact on households, but also on major energy consumers such as SNCB and Infrabel. In 2020, the latter thus purchased a total of 1,470 GWh of electricity, or roughly the consumption of 490,000 households.

Belgian railway companies are also one of the largest employers in Belgium, with 28,000 railway workers. The adaptation of their salary to the evolution of the cost of living, within the framework of automatic indexation, therefore has a significant impact on their finances, justifies the minister.

“Mobility is freedom. While prices at the pump are skyrocketing, I want every Belgian to be able to continue to circulate as easily as possible. And the train is part of the solution. With the decisions of this budgetary control, the railway undertakings receive additional financial support to bear the additional cost of high energy prices and the indexation of the salaries of their employees. This will allow them to continue working in peace, for the benefit of rail mobility,” he concludes.

The federal government ended its budgetary control on Friday. A special exercise in times of crisis which ends with a negative financing balance of 3.86%, i.e. 20.7 billion euros, i.e. 4.3 billion more than forecast in the initial budget .

The fifth wave of the pandemic, the energy crisis, inflation and the war in Ukraine prevented the De Croo team from achieving the “effort” they had planned.

“When we made the initial budget, we did not set a target but an effort of 0.5%, or 2.5 billion. When we do the budget control, we look to see if the planned measures have been taken and if the expected revenue is there. The situation has changed. We are faced with costs that could not have been foreseen. We created budgetary provisions, but we did not take any structural measures,” explained the Prime Minister.

The total effect of the Ukrainian crisis is estimated at 2.26 billion euros, whether in terms of the economic consequences or the additional expenses incurred. A provision of 800 million has been planned.

The energy crisis has forced the government to take a series of measures to help consumers face the considerable increase in bills, of the order of 2.046 billion.

The coronavirus crisis is also taken into account. “We are gradually leaving the covid crisis behind us. We can therefore gradually remove the support measures, but we are planning a provision to react quickly if necessary, ”said the Secretary of State for the Budget, Eva De Bleeker.

This provision will be endowed with 827 million euros.

Inflation also leads to a series of additional expenditures for public services: Inami, building management, general operating and investment credits, SNCB, etc. An impact of around 465 million is expected.

The current uncertainty will require constant monitoring of the budgetary situation. “Fixed assessment times” will be needed, according to the secretary of state, who did not, however, indicate when they would take place.

The Council of Ministers decided on Friday to grant for the first quarter of activity as a first starter, a reduction in social security contributions of 100 euros, announced the Minister for the Independents David Clarinval in a press release. This measure implements the “self-employed” component of the single tax shift measure aimed at increasing purchasing power, it is specified.

The reduction will be granted to any self-employed starter who, at no time during the twenty calendar quarters preceding the start or resumption of his self-employed activity, has been subject as a self-employed worker on a main or additional basis. They will pay 287 euros instead of 387 euros if they have requested the application of the existing favorable first starter scheme (if this income is limited and does not exceed the threshold of 7,569.70 euros).

If the self-employed worker has not requested the application of the existing favorable regime, he will pay 651 euros instead of 751 euros for the first quarter of activity.

The measure is applicable from the 2nd quarter of 2022 for self-employed workers who start at the earliest from April 1, 2022 as a first starter.

The draft bill which sets the terms for granting the fuel oil check of 200 euros, decided by the federal government on March 15, was validated on Friday by the Council of Ministers. The legislative procedure can therefore begin, announced the Minister of the Economy Pierre-Yves Dermagne (PS).

The objective is to be able to start submitting applications by the end of June and then paying the check.

This check for 200 euros is intended for households who heat their main residence with bulk oil or propane. It can be paid only once (single premium) per household for the filling of a fuel tank carried out at home between November 15, 2021 and November 15, 2022. Any person residing in a single-family house or an apartment may request the check .

Concretely, the FPS Economy will take care of the payment of the check and is developing an online tool for this purpose as well as a didactic explanation of the procedure for households. A paper form will also be available.

Nearly 17,000 assisting spouses could benefit from a minimum pension

The Council of Ministers approved a measure on Friday that could allow some 17,000 assisting spouses of self-employed workers – the vast majority of whom are women – to benefit from a minimum pension, the Minister for the Independents, David Clarinval, announced on Friday.

This measure adapts the reference period for calculating the condition for entitlement to the minimum pension for assisting spouses.

This status is granted to any partner, married or legal cohabitant, of a self-employed person, who provides the latter with effective assistance under certain conditions, linked in particular to the income which would be drawn from another or replacement activity. It is only since 2003 and the creation of this status that they have been able to optionally submit themselves to the “maxi-status” allowing them to obtain social rights, including pension rights. This affiliation was made compulsory in 2005.

As this constitution of pension rights arrived late, some assisting spouses (born between January 1, 1956 and May 31, 1968) do not have the 30 years of career allowing them to open an individual right to a calculation on minimum pension basis.

The calculation reference period will be adapted. The assisting spouse will have to prove, between the time he started contributing and the time he takes his pension, a career of at least two-thirds of the number of years worked as a self-employed or salaried worker.

“We are ending a great injustice. These assisting spouses, mainly women, contributed but had no right to a pension,” the minister stressed.

Mother of the stabbed Belgian Tiktok star: ‘He got the stabbing in my place’ | Stars