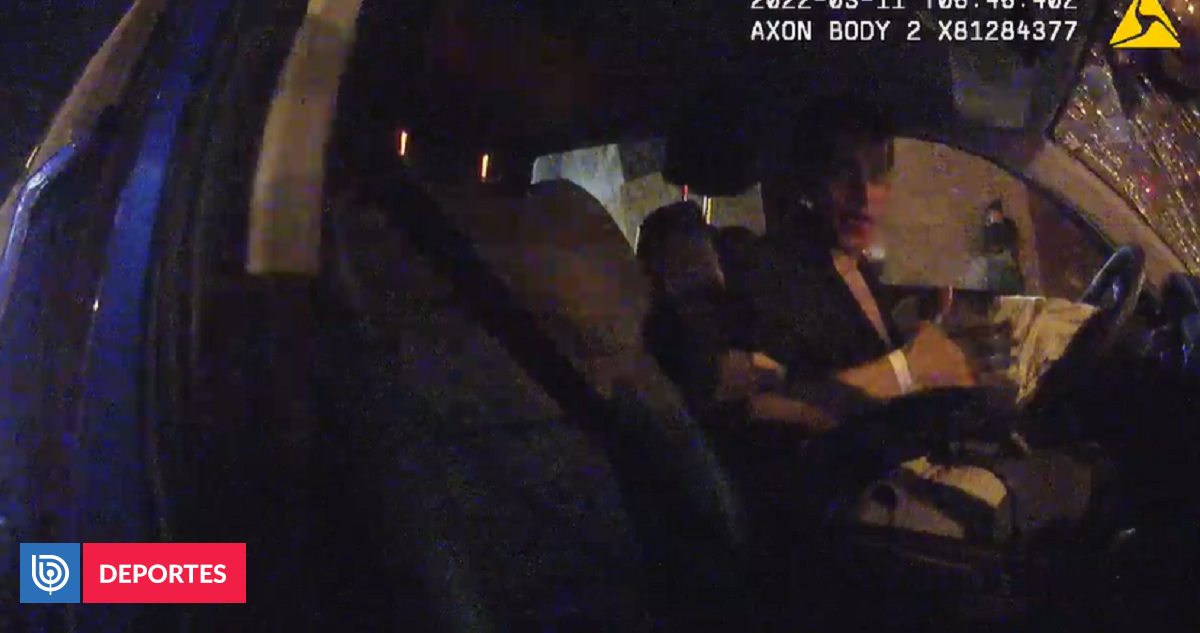 A video moments after the accident caused by Yamil Asad, a player from the Catholic University, was revealed hours after his arrest in Providencia.

Yamil Asada player from Universidad Católica, was the protagonist of a traffic accident early this Friday in Providencia, specifically at the intersection of Los Conquistadores with Cerro Largo.

According to information from Carabineros, the Argentine soccer player was drunk and ran a red light, colliding with another vehicle where three people were traveling, who were injured.

The athlete scored in the breathalyzer test 1.26 milligrams of alcohol per liter of blood.

Now, with the passing of the hours, a video of the moments after the crash was released where Yamil Asad is seen unharmed at the wheel of his vehicle and in an obvious state of intoxication.

The record was captured by Providencia Security teams, who arrived at the scene together with the uniformed police.

“I can help you? Nothing serious happened, right?Asad commented when a cash approached him.

Then, when they ask him if he is coming from a party, the footballer did not answer anything.

It is worth noting that the UC player was arrested for driving while intoxicated and, until the publication of this note, remains apprehended.

Mr Pochettino: “It was a clear offense against Donnarumma”