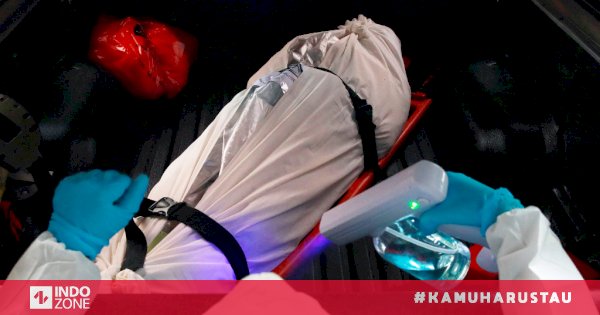 INDOZONE.ID – It is common for medical students to use corpses as practice material. However, a surprising thing was experienced by medical students from Nigeria. Why not, he was surprised when he found out that the corpse he used to practice in college turned out to be his friend who was murdered.

The man named Enya Egbe immediately ran out of the anatomy class while crying. During practice, the Calabar University Medical Faculty student said that at first he did not realize that the corpse was his friend Divine, because his body was laid with 2 other bodies.

Egbe then studied the corpses one by one. He then realized that the figure lying stiff was Divine, the victim of a murder a few weeks ago.

“We used to go clubbing together. There were two bullet holes in the right side of his chest,” Egbe said, quoted by the BBC, Wednesday (4/8).

Another student named Oyifo Ana who witnessed the incident said the corpse used in the practice had bullet marks.

“I was very sad to realize some of these people may not be criminals,” he said.

Knowing that the corpse was a Divine, Egbe immediately contacted the Divine Family to report the discovery. Because all this time, the family did not know what the fate and condition of Divine was. They have searched, but to no avail.

Divine is known to be missing after he and 3 of his friends were arrested by security officers while on their way home at night. The officer who secured Divine was then fired and the family took Divine’s corpse home.

Nigeria is currently facing a rather strange security problem, as cases of extrajudicial killings and kidnappings are commonly carried out by law enforcement. The bodies of those who are victims of murder will last a long time in the hospital because no one’s family knows.

Nigeria itself makes a rule, corpses that are not taken within a certain period of time, can be used by medical campuses as practical materials.