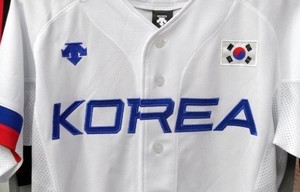 (Seoul = International News) Correspondent Choi Sang-in = The final list of the baseball team to participate in the Tokyo Olympics has been announced.

National team coach Kim Kyung-moon held a press conference at the KBO in Dogok-dong, Gangnam-gu, Seoul on the 16th and released the list of 24 players for the Tokyo Olympics.

Choo Shin-soo and Oh Seung-hwan, who drew attention, were not selected for the national team. However, it drew attention with the sudden selection of Lee Eui-ri (KIA), a new high school graduate.

Looking at the composition of the national team, all positions except for catchers (Euiji Yang, Minho Kang) were replaced by young players.

The national team will be convened on the 19th of next month and will begin training for the Olympics at Gocheok Dome.