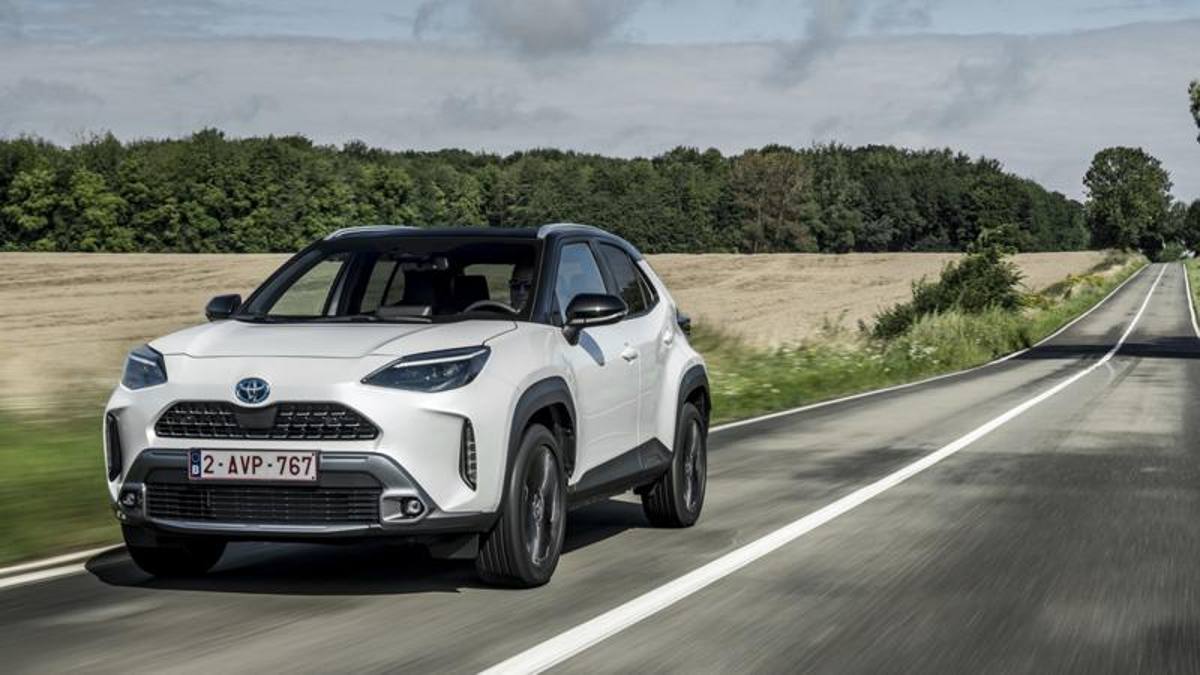 Style and personality combined with an advanced hybrid engine that allows very low fuel consumption. Toyota Yaris Cross has all the features to establish itself with prices starting from 25,400 euros

If we consider today’s European automotive market, it is quite evident that the aesthetic taste and the bodywork configuration seem to be the two elements of primary evaluation for the purchase, but not the only ones. To these has been recently added an unprecedented interest in the energy issue, considering with increasing attention solutions that integrate a form of electrification. Summing up the individual aspects, the portrait of the hottest car of the moment is a compact size SUV with a personal and captivating appearance with hybrid power units. The latter technology is still relatively uncommon in the segment, and the gap may have recently been filled by Toyota. The quintessential hybrid car manufacturer broadens the offensive of the Yaris range by introducing the Cross version: compact dimensions, raised bodywork, lines full of personality and fourth generation Toyota hybrid powertrain. It is difficult to find, at least at the moment, an alternative that can meet the renewed needs for sustainable mobility and on-board technology in the same segment. The prices of the new Toyota Yaris Cross start at 25,400 euros.

Toyota Yaris Cross: how it’s made

Yaris Cross is 4,180 mm long, 1,765 mm wide and 1,560 mm high, while the 2,560 mm wheelbase is the only measure in common with Yaris, compared to which it has overall grown in the longitudinal direction of 240 mm, distributed in greater overhangs. in front of the front wheels and behind the rear wheels. Although most of the elements (including the platform) are in common with the Yaris, the glance seems to be a successful downsizing of the shapes that identify the SUV Rav 4. Moreover, the market positioning is partly reminiscent of what happened in 1994, when Toyota launched the first generation of Rav 4 on the market, inventing a new segment. The will, in this sense, is repeated: Yaris Cross wants to offer itself as a versatile and practical alternative in a competitive and crowded segment. Suitable both for everyday and casual use in the city, and for facing more demanding and long driving experiences during free time. This is confirmed by the load capacity of the boot: 400 liters for the two-wheel drive version, 320 for the four-wheel drive version. This last solution is one of the big news.

It’s called Awd-i, and it’s the acronym that identifies the new generation hybrid all-wheel drive developed by Toyota for the Yaris Cross. It is a system that, to the hybrid unit, adds a second 5.3 Hp engine located on the rear axle. Its presence adds greater dynamism and expands its intended use. The all-wheel drive is not mechanical: the control unit manages the power delivery on the two axles as needed. In most cases, the Yaris Cross is with front-wheel drive only, while in the event of loss of grip or adverse weather conditions, the electricity supplied by the second drive unit allows you to overcome the pitfalls with greater ease. The propulsion scheme is powered by a 0.76 kW lithium-ion battery that recharges during braking and through the combustion cycle of the thermal engine. The introduction of four-wheel drive integrates a driving mode selector that adjusts the distribution of drive torque more effectively and efficiently. The Trail adjustment allows you to tackle rough, slippery, dirt or wet roads with greater serenity; Snow allows you to overcome winter road conditions without loss of grip or tire skidding.

The Hybrid Sinergy Drive system, now in its fourth generation, has progressively evolved from the parallel to series / parallel hybrid scheme, enhancing the electric drive component around its peculiar characteristic, its “sun and satellites” Power split, so called for via the similarity of planetary gears that rotate around a central gear, surrounded by a toothed ring, the crown. The petrol engine is connected to the satellites which therefore drag both the corona and the sun; this mechanism distributes 72% of the torque to the crown and the remaining 28% to the sun gear. The crown, which receives the greatest torque, is responsible for transferring the movement to the wheels, while the rest goes to the central sun, in normal conditions directed to the electric motor which acts as a generator and replaces the starter motor. The second electric engine, the main one, is connected to the crown and therefore adds its thrust to the petrol engine in an electric path that makes the energy ready to be stored in the battery and then put back into circulation directly in traction. The power unit that equips Yaris Cross is composed of a 1,490 cc Atkinson cycle engine, with variable valve timing and 93 Hp / 68 kW of power, combined with a second electric motor with increased power up to 80 Hp / 59 Kw. . The system power is 116 hp (85 kW).

Toyota Yaris Cross debuts a revamped in-vehicle entertainment system, called Smart Connect. The latter uses a 9 ”cantilever screen, the graphics are very clear and captivating, the arrangement of the icons is intuitive and allows you to easily navigate between the various functions. Connected to the internet through a mobile sim card, it supports over-the-air updates that allow continuous software updates, improving existing applications and implementing new ones. The screen has a tactile surface, but numerous physical keys have been retained; those for adjusting the temperature and air conditioning speed are essential to prevent the driver from being distracted from driving. Complete integration with the smartphone: compatibility with Apple Car Play and Android Auto systems with cable is standard. In the coming months, by means of an update, it will be possible to see the applications of the device replicated on the car screen wirelessly.

The driving dynamics of the Toyota Yaris Cross are rewarding: the hybrid system has a convincing operating logic and most of the time it uses electricity. This is especially true in the city, where the reduced speed and frequent braking with restarts favor the entry of the electric unit, greatly reducing consumption and at the same time offering brilliant performance. The solidity of the frame is reflected in its stability: at motorway speeds, the Yaris Cross travels smoothly and precisely, shows no uncertainty and overcomes even the most demanding journeys with serenity. The dominant driving position and the light steering, easy to maneuver, allow you to evaluate the dimensions with excellent precision and to move with renewed agility through traffic and along the most chaotic routes. The perceived safety is very high: the car appears solid and manages to give back this feeling even when driving. The driver assistance systems are of the latest generation and all well calibrated. Yaris Cross is homologated for level two autonomous driving. The adjustments provided by the four-wheel drive system (Trail and Snow) improve grip on slippery and impervious surfaces, optimally managing the delivery of torque between the two axles. The continuously variable gearbox has also been revised, now more precise and effective and less noisy. Instead, the value of consumption obtained is a reference: the route of over 100 km included urban, extra-urban and motorway sections. At the end of the day, the on-board computer shows an average consumption of 4.4 l / 100 km, for an average distance well above 20 km / l.

See also  There is still time to claim mortgage expenses

Toyota plays an important move in the most popular and trendy segment of the Italian market. Yaris Cross is a complete product, full of aesthetic personality, with a latest generation technological equipment, an advanced and efficient hybrid system that leads to a satisfying drive. All elements that are the best conditions for an important sales success in Italy. The conditions are all there. The only details that can be improved concern the finishing of some details in the passenger compartment. The list price of Toyota Yaris Cross starts at 25,400 euros.

Like it: style and personality on a compact size; the fourth generation hybrid power unit is a guarantee; the new on-board entertainment system is pleasant.
Do not like: some details of the interior appear to be improved with respect to the rest of the contents; the presence of all-wheel drive reduces the luggage compartment capacity by about 80 liters.