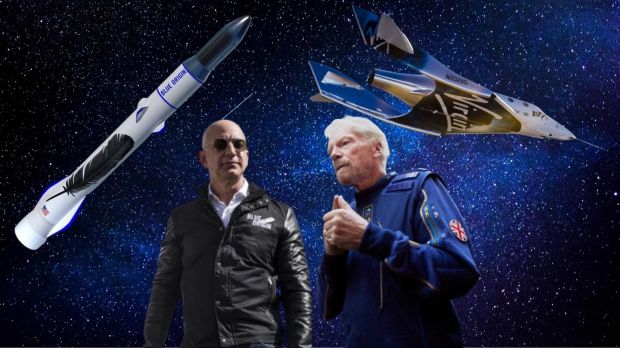 JAKARTA – Two super-rich or crazy rich people in the world, Richard Branson and Jeff Bezos managed to come into space recently. Using each other’s spaceships, the two of them get to a very high place where people without special qualifications can do it.

Richard Branson with Virgin Atlantic managed to reach a point 80 kilometers above the Earth’s surface. Jeff Bezos with Blue Origin is even higher at 120 kilometers above the Earth’s surface. From that fantastic trip, both of them turned out to have almost the same intention, namely opening a new business, traveling in outer space. “I don’t think this is done too quickly. Right now it’s all just starting,” said Richard Branson.

Also read: Tesla Model S Plaid is ready to break the record for the fastest sedan at the Nurburgring

Indeed, the tourism business in outer space is not a new thing. In the 1970s the United States Space Agency (NASA) saw an opportunity for the commercialization of outer space. For the first time, NASA even made a prototype of a spacecraft capable of carrying 74 people at once complete with a large cargo space. Obviously, at that time NASA thought that space activity was an interesting activity to do together.

At that time, NASA always involved the general public to go into space. Such as lecturer from MIT Byron Lychtenberg, German researcher Dr Ulf Merbold to high school teacher Christa McAuliffe. It’s just that all of that had a setback when the space shuttle Challenger exploded in 1986.

NASA began to be careful about bringing the general public on missions to outer space. Decades later, the three super-rich people in the world, Richard Branson, Jeff Bezos and Elon Musk, have continued that effort.

All three see outer space is not an exclusive place for astronauts with special abilities and qualifications. The three even raced to be the first to be able to do so. And as noted above Richard Branson and Jeff Bezos did it first. But you need to know that Elon Musk actually has an even more extreme target, namely bringing people to the planet Mars.

But it is not easy for everyone to get that opportunity. Flying into space is a business that costs a lot of money. Richard Branson, after successfully carrying out his mission, has even announced the price of a plane ticket to space in the range of USD 200,000 to USD 250,000 or around Rp. 2.8 billion to Rp. 3.5 billion.