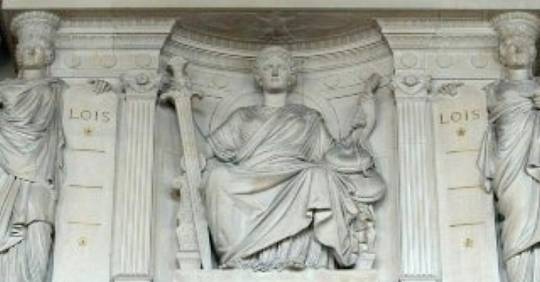 The Assize Court of the Pyrénées-Atlantiques began on Tuesday to try to enter, for the 3rd time, the in camera of a family meal which turned into a double parricide, on February 20, 2016, at La Bastide-Clairence, small village in the Basque Country.

At the helm is a couple, Kévin Rouxel and Sofiya Bodnarchuk, both 27, parents of a little girl. The trial is scheduled to end on March 18.

Kévin Rouxel, in pre-trial detention for four years, is accused of having murdered his parents, Pascal and Ewa Rouxel, 55 and 54, with the revolver, with the complicity of his partner who appears free under judicial control.

The young man is also accused of trying to kill his older brother, Yann, who has Asperger’s syndrome. The latter had been discovered by the gendarmes in shock while the lifeless bodies of his parents were lying in the dining room and the kitchen of the family farm.

A first trial full of incidents had been postponed as well as a second, in May 2019, in the absence of the main accused. Kévin Rouxel was unable to appear due to several suicide attempts.

“Things are clearer this time since Kévin Rouxel has stopped protecting his wife, as he was able to do during the first trial,” said lawyer Emmanuel Zapirain before the press.

In fact, at the opening of the hearing, the accused overwhelmed his Kazakh wife, whom he met on the Internet.

“I did everything for her: I opposed my family for it, the laws of this country, I tried to escape, I lied to magistrates, I killed my own parents for it, “he said.

“We have both become criminals,” he added, referring in substance to the couple’s need for money to explain the murders.

Sofiya Bodnarchuk, detained for almost three years before being released under judicial supervision, said that “Kevin has rotted my life, that of my daughter, of her parents, of all of us. there is no love, “she added, adding that she had asked for a divorce.

“At first, Sofiya wanted to defend her husband, her only support in France, but today she has only one logic, she was not aware of the drama that was going to play out,” said her lawyer. Me Frédéric Dutin.