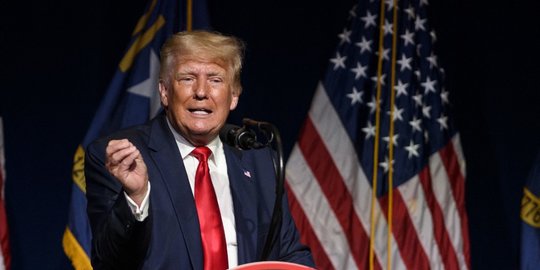 Merdeka.com – Former US President Donald Trump has said that Russian President Vladimir Putin no longer respects US leaders and has shown disrespect in talking about “ever-increasing” nuclear weapons.

“Currently, foreign leaders don’t even pick up the U.S. President’s phone,” he said while attending a campaign rally in Nebraska on Sunday.

Trump may have been referring to reports that Saudi and Dubai leaders have refused to make a phone call with Biden to discuss rising oil prices.

“He (Biden) doesn’t know what’s going on,” he said, referring to a recent incident where Biden extended a hand but nobody responded.

While Putin, he continued, “talks about nuclear weapons all the time.”

He also said that Russia’s invasion of Ukraine was due to the weakness and incompetence of the Biden government, which was demonstrated in the withdrawal of troops from Afghanistan last year.