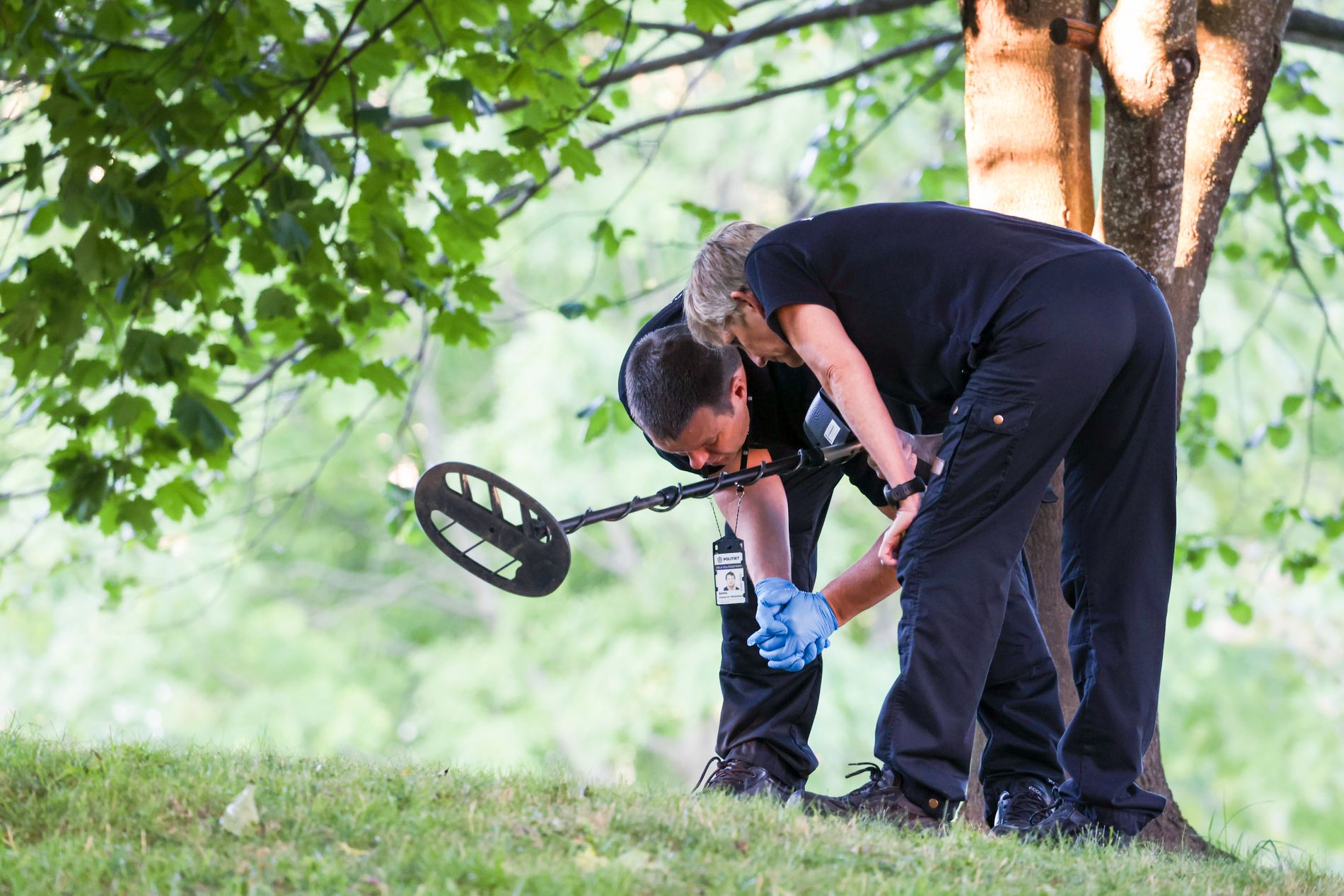 APPLICANT: On Wednesday morning, forensic technicians are looking for clues at the scene.

One or more perpetrators are at large after the shooting in Oslo. – An intense work is going on, the police say.

On Wednesday night, the police moved out with large crews after a report of a serious incident of violence at Trosterud in Oslo.

Two men, one in his late teens and one in his 20s, were found shot. Both are hospitalized for treatment. Their condition is stable but severe.

– We have so far not been able to talk to them as they are under medical treatment, says head of the joint unit for intelligence and investigation, Grete Lien Metlid, to VG.

Metlid says that the police are now working hard and that they very much want information from the public. The incident is being investigated as an attempted murder, but no one has been arrested.

– We can now not say anything more about what has happened or what the reason was. We do not link this to any conflicts or anything else that could say anything about what was the reason they were shot. We have a strong focus on gathering information, she says.

– If you have made observations or know something, it is important that you contact the police. This also applies if you have been in the area, even if you have not seen anything, Metlid continues.

The police ask people who have information that may be of interest to them to get in touch on telephone 22 66 81 76 or tips.politiet.no/oslo

The message about the shooting came in to the police from AMK at 01.15. In a short time, the police received several phone calls, including from people who thought they had heard shots, Metlid says.

– We had a patrol nearby and were quickly working on site, Metlid says.

On Wednesday morning, forensic technicians searched the area with metal detectors. They left the place at 07.45.

A witness VG has spoken to says he heard 3-6 bangs.

– I did not first think it was a shot. I looked out the window and saw two people coming running. Shortly afterwards, another came, he says.

– Now it’s armed police here and ambulance. They have cordoned off an area and are walking around the neighborhood, he says.

Several who have contacted VG report a large police operation at Trosterud, which is located in the Alna district east of Oslo.

A woman VG has spoken to says she heard something that sounded like a shot.

Taliban Order All Afghan Women Workers to Stay at Home