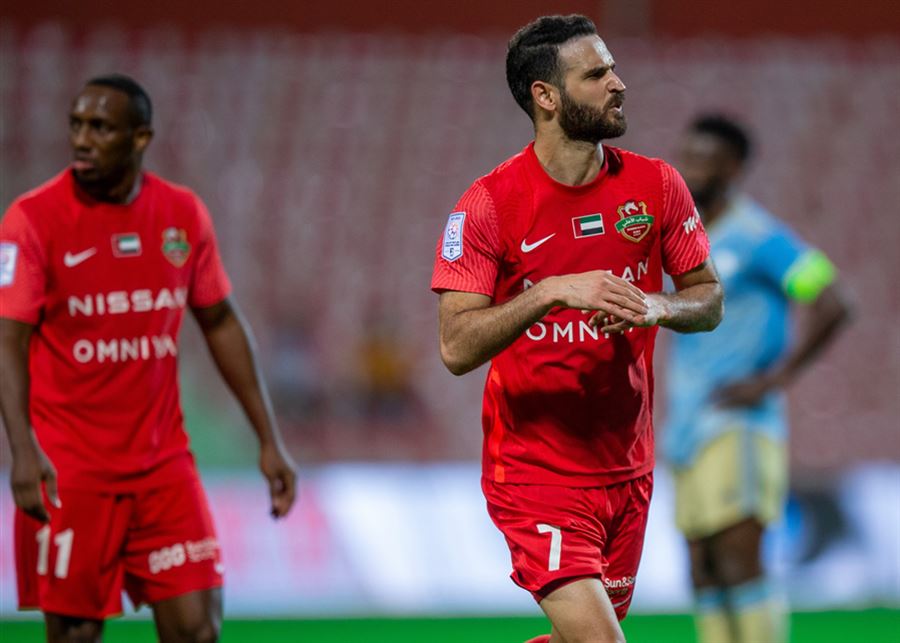 Al-Ahly youth dominated the first half and was the most possessive, but did not manage to reach the Al Dhafra goal except through two shots by the Iranian player Mahdi Qaidi, who succeeded in shooting, but his attempts passed next to the goalkeepers of Al Dhafra goalkeeper Abdullah Sultan, and Walid Abbas also shot inside the penalty area, but His ball hit the net from the outside.

Despite Al-Ahly’s control over the course of the first half, the most dangerous attack and close to the goal was for Al Dhafra team with a shot on the edge of the penalty area. The Brazilian Leonardo saved it, and hit it with a wonderful force that hit the crossbar and fell on the goal line to waste the most dangerous chances of the first half, which ended negatively with Average technical level for the match.

In the second half, Mahdi Ali made two offensive switches with the participation of Brazilian Carlos Eduardo and Ahmed Khalil, so that the offensive side of Al-Ahly youth turned into a more effective presence within the Al Dhafra penalty area, and with the movements of the active Iranian player Mahdi Qaidi, who was the best player in the team during the match and the most dangerous with his movements and passes.

Ahmed Khalil almost scored the goal for Shabab Al-Ahly from a direct free kick outside the penalty area, but it passed a little over the crossbar, to keep the tie between the two teams.

Shabab Al-Ahly scored the first goal in the 72nd minute of the match through the Iranian player Ahmed Nourallah, who managed to score the first goal with a powerful shot in the midst of the lumpy Al Dhafra defense. Al Dhafra goalkeeper Abdullah Sultan failed to deal with it, as it collided with his hand and settled in the net, announcing the The goal of progress for Al-Ahly youth.

Al-Dhafra tried to return to the match and advanced to the attack with continuous attempts, which allowed Al-Ahly youth to reach the Al-Dhafra goal, but without anything new, so that the match ended with the victory of Al-Ahly youth with a goal for free.