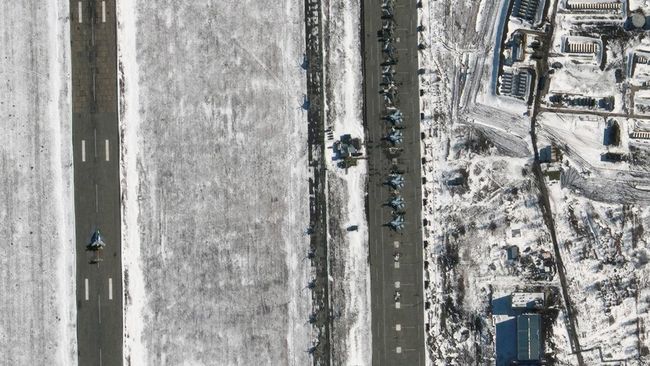 Jakarta, CNBC Indonesia – Attempts by international mediators to defuse the crisis in eastern Ukraine failed. That’s because the meeting designed to bring together representatives of Ukraine and Russia was not attended by Russia, Saturday (19/2).

The meeting was to be held under the auspices of the Trilateral Contact Group on Ukraine, chaired by the representative of the Organization for Security and Cooperation in Europe, Ambassador Mikko Kinnunen.

“Unfortunately, and despite the worsening of the conflict situation related to eastern Ukraine, some participants attributed their presence to certain political preconditions. As a result, the meeting did not take place,” Kinnunen said, as reported by CNN Interntional, Sunday (20/2/2022).

“I regret this, as I believe that especially in situations like this, every opportunity should be used to defuse tensions and reduce the risk of unintended consequences. For three days now, we have observed an alarming level of escalation, including military activity and inflammatory rhetoric. ,” he said.

Kinnunen said he joined the OSCE leadership in deploring the spread of disinformation about the imminent military action by Ukrainian government forces.

“It is our responsibility to ensure that civilians do not have to pay a heavy price for miscalculations or provocations. All participants are called upon to prevent further deterioration of the humanitarian situation on both sides of the line of contact and to fully respect international humanitarian law,” he said.

They instructed civilians to leave the area and ordered men between the ages of 18 and 55 to enlist for military service.

Separatist leaders posted a video announcing that they were organizing a mass evacuation of civilians to Russia. However, CNN’s analysis of the video’s metadata shows that the footage was recorded days earlier.
Ukraine has repeatedly denied having any plans to invade the breakaway territory.

Insurance: when an illness increases the premiums to be paid