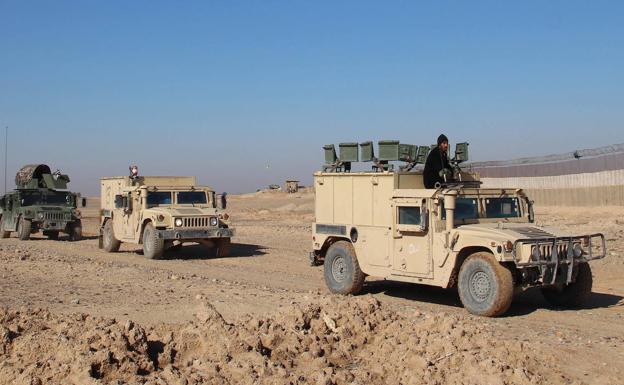 The agreement signed in Doha by the United States and the Taliban does not mean that the war is over in Afghanistan and casts doubt on its implementation because it was achieved without just having the Government of Kabul. Five days after staging the pact, “The United States carried out a bombing of Taliban fighters who were attacking a checkpoint,” said US forces spokesman in Afghanistan, Colonel Sonny Leggett. This agreement set a timetable for the withdrawal of international forces within a period of fourteen months in exchange for the Taliban beginning a direct dialogue with the Government. According to the text agreed in Qatar, a prisoner exchange should take place soon, but President Ashraf Ghani responded that they did not promise anyone to release 5,000 Taliban.

The insurgents, who have celebrated a pact with marches in their bastions that they consider a “victory,” responded to Ghani announcing that the period of “violence reduction” They accepted before traveling to Doha. The US Army spokesman reported that “on March 3 alone, the Taliban carried out 43 attacks against checkpoints of Afghan security forces in Helmand,” one of the provinces that control the south of the country and at least twenty of Afghan agents lost their lives. Ghani maintains that the release of prisoners should be another point to discuss in the national dialogue and not a prior requirement.

Donald Trump wants to close a 19-year war, in which 2,400 casualties have been suffered, and conclude with the withdrawal of troops initiated by Barack Obama. Afghan media reported that the president had a 35-minute telephone conversation with Mulá Baradar, one of the founders of the group that has been present throughout the negotiating process. The president said it was a “good conversation” and the Taliban spokesman, Zabihullah Mujahid, revealed on Twitter that Trump would have pledged to ask Ghani to “remove the barriers against conversations between Afghans.”

The agreement also has two secret annexes that the State Department has labeled classified material, as revealed by ‘The Washington Post’. They would detail the Taliban’s commitments in antiterrorist matter and the mechanism by which the US will verify that the insurgents fulfill their commitments.

All eyes are on the beginning of the departure of the troops. The agreed roadmap states that the US “will reduce its troops from 14,000 to 8,600 within 135 days” and that all remaining foreign forces will leave “within fourteen months, under the condition that the Taliban comply with the commitments made». Since the end of the mission of the International Security Assistance Force (ISAF), which ended in 2014, there are about 22,000 foreign soldiers deployed in the country.

Is it safe to travel to Tenerife? The latest tips as a British tourist are positive for coronavirus in the quarantined hotel – The Sun

Jürgen Klopp: He is so annoyed when asked about the corona virus