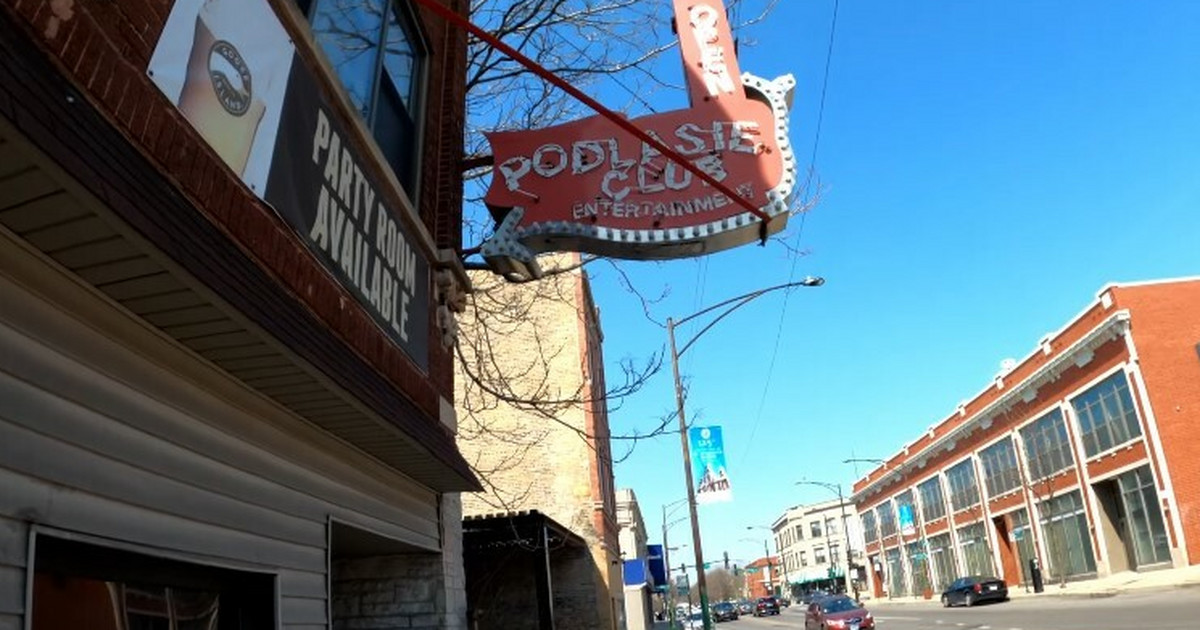 Still in the Avondale district you can see signs of Polishness, but in recent years, towards the progressive gentrification, it changes its character – convinces the journalist Małgorzata Ptaszyńska-Kulujian.

“Jackowo has been referred to as historic Polish district (historic Polish district). The Polish community lived there in the 60s, 70s, 80s and 90s of the 20th century. Today in Avondale there are still Polish churches, two Polish shops, a Staropolska restaurant and a parcel shipping office, but the language most often heard on the street is English “ – tells PAP the journalist, who is also the administrator of the Cook County courts.

He points out that they were operating there Polish clubs, shops, businesses, Polish radio and television. From the beginning of the 21st century, a district changes its character. It has become an ethnically diverse place where they live next to immigrants from Central and Eastern Europe newcomers from Latin America, the Philippines and Americans.

The Polish House on W. George Street in the Avondale district, 1992.

“In 2012, Jackowo (…) was recognized as the best place to invest. Some internet portals even described it as one of the most attractive in America (…). For 10 years, Jackowo has been undergoing a process of gentrification. Many investors and developers are building apartments in Avondale that they sell out very quickly“- noted Ptaszyńska-Kulujian, PhD student at National Louis University (NLU).

In her opinion, Avondale’s popularity is primarily influenced by it location close to the center of Chicago and very good communication solutions – a queue city ​​and two lines of commuter train. Convenient access is also facilitated by the location of the district along one of the main streets of the city, Milwaukee Street.

On the other hand, the Polish community is moving to the suburbs – mainly in the north-west of the city (such as Des Plaines, Norridge, Harwood Heights, Park Ridge, Niles, Arlington Heights, Mount Prospect), and in the south-west (Burbank, Justice and Bridgeview).

Is this the end of an era? Polish parishes are doing great

Ptaszyńska-Kulujian does not give an unambiguous answer.

“The pessimist will say – of course this is the end! The optimist will say – no, this is a new, different beginning; Jackowo is developing, not as a dominant Polish district, but as a multicultural onewhere local organizations work well, the Cook County Restorative Justice Court, where Poles work and volunteer. The Polish school at the parish of St. Jack. There is a lot to be proud of! The parish community is still active” – ensure.

In her opinion most Polish parishes are teeming with life. They are as resilient as the people who belong to them.

“People make up the Church. The person of the parish priest is also very important, but the condition of the parish is mainly determined by the faithful who participate in holy masses and parish groups. The Archdiocese of Chicago often connects parishes due to the decline in attendance or building maintenance costs. Thanks to the faithful, most Polish parishes are but in good shape “- emphasizes Ptaszyńska-Kulujian.

As an example, he gives parish of St. Jacek, at which there is a restorative justice court Cook County’s Restorative Justice Community Court. There is a school there, many parish groups, and neighborhood associations organize their meetings in parish buildings.

Polish businesses move with the times

They develop according to the needs of customers, and many of these run by Poles in the Chicago agglomeration, it operates successfully on the American market.

The Pole argues that the Polish mass media very quickly began to use the opportunities offered by the Internet and social media. A lot has arisen Polish community portals, you can listen to any Polish radio station or subscribe to a newspaper via the Internet.

The journalist is convinced that Polish youth is by no means breaking away from their roots. “Currently ethnicity is in fashion – young Americans of Polish origin are proud of their origins, they work in Polish clubs at American universities, dance in Polish groups, pass Polish baccalaureate and receive scholarships from Polish organizations “- she enumerates.

See also  From next week, there will only be one Crisis Center press conference per week!

He attributes the changes observed in Chicago not only to the passing away of older generations, but to the spirit of the times.

The Chicago Polonia moves to other states, often to Colorado, Arizona, Florida, and Texas.

6 Causes of Pain When Urinating, Cause a Burning Sensation – All Pages