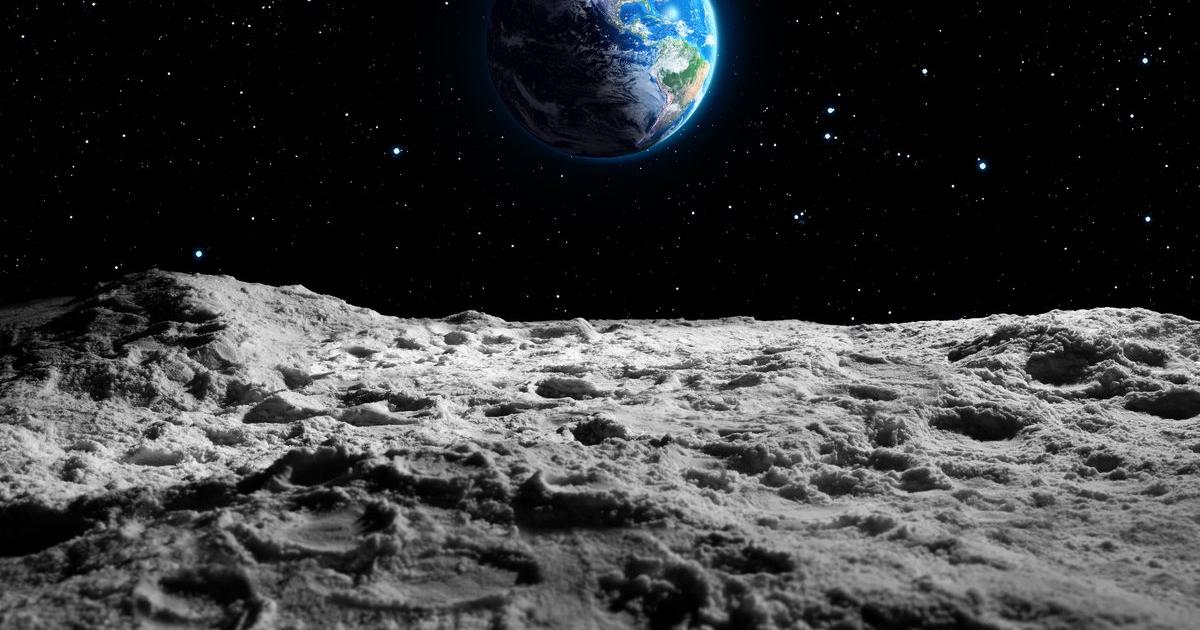 A recent study indicates that asteroids that collided with the moon millions of years ago coincided with some of the biggest meteorite impacts on Earth, such as those that killed the dinosaurs.

The study also found that large impacts on Earth did not occur in isolation, but were accompanied by a series of smaller impacts.

Researchers believe their findings shed new light on asteroids in the inner solar system, including the possibility of devastating Earth-bound asteroids.

We found that some age groups in lunar glass grains exactly match the ages of some of the biggest impact craters on Earth, including the Chicxulub impact crater responsible for the dinosaur extinction event.

The heat and pressure of the impact of the meteorites led to the formation of glass grains, and the scientists say the age distribution of the simulated impacts, revealing a timeline of these strikes.

Principal researcher Professor Alexander Nemchin, from Curtin University in Australia, said that the results indicate that the distribution and number of impacts of asteroids and the moon in cases were also demonstrated on Earth, which gives us more information about the history of the development of our planet. the

He added that he and his colleagues combined “a wide range of microscopic analytical techniques, numerical computer modeling and geological surveys to determine how and when these microscopic glass grains from the Moon formed.”

Nimchin also stated that they found “some age groups in lunar glass grains exactly match the ages of some of the biggest impact craters on Earth, including the Chicxulub impact crater responsible for the dinosaur extinction event.”

The study also found out that large impact events that affected the Earth, such as the “Chiksholub” crater 66 million years ago, may have been accompanied by a number of smaller impact events.

“If this assumption is correct, it indicates the interval and number of collisions recorded by the Moon can provide valuable information about collisions with Earth or the inner solar system,” the study says.

In a related context, study co-author, Associate Professor Katharina Meljkovic, from the Curtin Center for Space Science and Technology in Australia, said that future studies would help shed light on the history of the moon. He added, “The next step will be to compare the data from the Chang’e-5 samples on the one hand with other lunar soil and the age of the impact craters on the other hand, so that we can detect other large impacts through there. Meljekovic was add.

The results were published in the journal Science Advances.