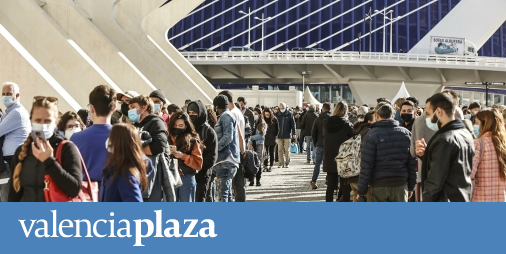 VALÈNCIA (EP). The Conselleria de Sanidad Universal y Salud Pública has administered a total of 990,004 doses of the coronavirus vaccine during the month of December, of which 158,465 have been first doses for the population still pending the vaccine, 128,289 second doses to complete the immunization and 703,250 have been booster doses to those over 60 years of age and indicated population groups.

Of the total doses administered, by provinces, during this month 117,465 doses have been administered in the province of Castellón, 381,555 in Alicante and 490,984 in Valencia, as reported by Health in a statement.

For the Department, these figures “show the impulse” that the department headed by Ana Barceló has given to the vaccination process this December with the aim of immunizing “as soon as possible” the entire Valencian population, as well as inoculating doses of reinforcement of vulnerable population groups.

The Minister of Health stressed that the vaccination teams have developed “intense work with the aim of continuing to protect citizens.” “In fact, December has been the month that more vaccines have been administered after the summer, which was when the population was inoculated massively,” he highlighted.

In fact, according to Health data, the figures reached in December are at the same level as those reached last summer with the start-up of the 133 mass vaccination points. Thus, while 1,652,994 of administered doses were reached in June, as of September this figure began to decrease to 516,831 in September, 143,535 in October and 567,257 in November. And it was in December when, again, the immunization process was “accelerated” taking into account that the vast majority have been to inoculate booster doses.

The counselor Ana Barcelo has considered that with these figures “it is clear the responsibility that citizens are showing, as well as the tireless work of the vaccination teams.” Barceló has shown its gratitude to the professionals who are part of these teams “for their daily dedication and their effort to continue protecting us day by day with the administration of the vaccine.”

Influence of the covid passport

In addition, Health has remarked that the launch of the Covid passport in the Valencian Community on December 4 “has had a positive influence and has motivated many citizens to go to the vaccination points without an appointment to get immunized with the first and second dose of the vaccine against the coronavirus “. In fact, he pointed out, since the measure was announced, “the increase in inoculation to start or complete vaccination has been noted.”

The “priority” objectives and on which the Ministry of Health have focused during this month of December have been the vaccination of people still pending the vaccine, the start of vaccination in children between 8 and 11 years of age and the inoculation booster doses.

The booster doses have been for the population over 60 and 70 years of age, the people who have received the Janssen dose, both in their final stage, and the population group that has been immunized with the double schedule of AstraZeneca.

At this time, the population group over 60 years of age has already been cited by the Health care services. Therefore, if a citizen belongs to this group and, for whatever reason, has not received the dose of the booster vaccine, they should contact their health center.

Along these lines, Health has begun to vaccinate the population that has been immunized with the double standard of AstraZeneca. The objective is that, on January 10, the teaching staff can return to the educational center already immunized with the booster dose, and later the summons to people over 50 years old and those over 40 years old will begin.

Likewise, regarding minors, 104,897 doses have been administered in the age group 8 to 11 years. As of January 10, the immunization of minors between 5 and 11 years old will continue.

In the next few days, 83,000 students and 9,000 teachers will have to test themselves before school starts

Watch .. Chelsea goalkeeper deprives Salah of scoring the goal of the season