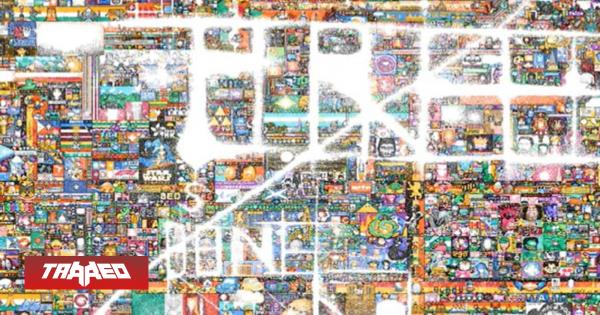 The shark community behind NFTs continues to scam artists and projects for easy money and has now targeted the art that resulted from r/Place.

Following the closure of r/place, fans soon discovered that r/OnePiece pixel art was being sold on the NFT OpenSea marketplace website. Like the other images on the canvas, the pixel art had been created by a large community of fans, each building the image one pixel at a time. However, Reddit user FrostDesigns noticed that the art was being sold on OpenSea, for $300.

The discovery sparked anger among One Piece fans on Reddit, who had spent a lot of time creating the pixel art and whose work had been stolen by NFT sharks. One user pleaded, “I hope no one is foolish enough to buy this. NFTs are a ridiculous speculative bubble and this isn’t even art that the seller owns.”

One of the accounts on OpenSea called rPlace V2 has been offering both the full mural for 0.34 Ether, about $1,100.

Other 20 parts of it are also being offered individually from this profile, ranging from references to StarWars, the Dune logo, Asterix and even the flags of some countries such as Canada, Italy, the United States, Turkey or Ukraine.

The joint effort that was the making of the canvas was sparked by the Reddit communities’ desire to be represented and immortalized on r/Place, without making any profit despite the time spent on it. That is why practices that seek to generate profits at the expense of others, as is the case in this case, will always be rejected.

Remember that you can win 80,000 pesos to spend on video games with Tarreo.com and DALE Card! Here is all the information. (IT’S FREE)

The Minister of Energy and Mineral Resources said, this is what makes subsidized solar rare