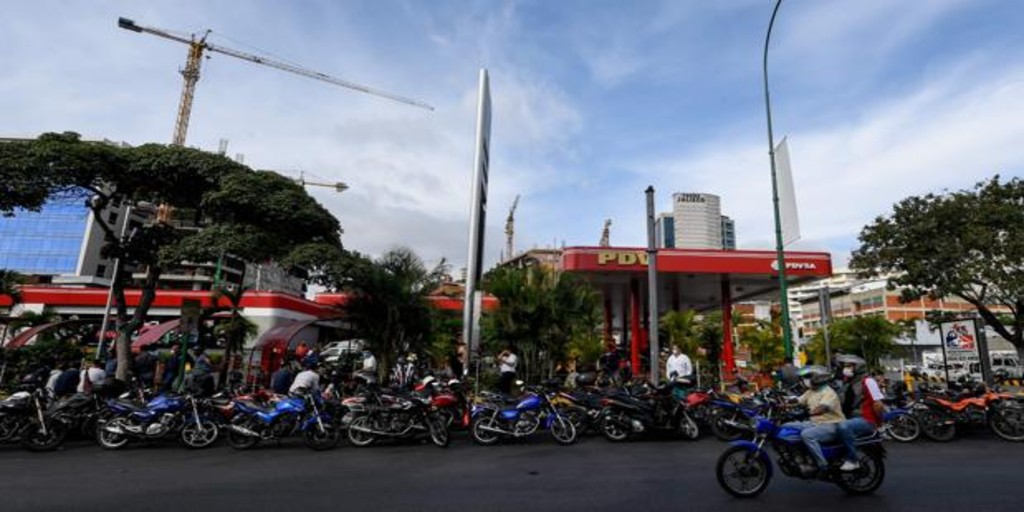 The last foreign companies that remain in business with the Nicolás Maduro regime for the extraction and distribution of Venezuelan crude oil fear that the state oil company PDVSA stop most of your operations this week for the complete saturation of your inventory. The sanctions applied by the USA they have caused a drastic collapse in crude oil exports, which are usually exchanged for debt. The regime has even sent inventory to Cuba, which has little storage capacity.

For this reason, Chavismo seeks desperately to exchange crude oil for food and fuel, even at a liquidation price. As revealed by ABC, Maduro has signed contracts with the Mexican companies Schlager and Libre Abordo to exchange 15 million tons of PDVSA crude in exchange for 210,000 tons of corn and 1,000 tanks of drinking water. In another more recent contract, he offers the Mexican company Jomadi five million barrels for a quantity of gasoline to be decided in the future.

Venezuela’s storage capacity is theoretically about 65 million barrels, but many of the tanks that were used in the past are inactive due to lack of maintenance. According to a source from the oil sector with business in Venezuela, told ABC, “they are not selling crude, and there is nowhere to store it, which causes stoppages in operations because there is nowhere to put it.”

In Venezuela, there are storage tanks at the crude oil export ports and at the refineries. If all the tanks are filled on land, PDVSA has to necessarily lower production. Another way to store is on boats, the so-called floating storage; or abroad, like Cuba. Furthermore, tanks have very specific uses. Gasoline cannot be stored in crude tanks, which limits operational flexibility.

US sanctions On the Russian state-owned company Rosneft, they have left Maduro without a route through which he distributed two-thirds of his crude oil at the end of 2019. After what the Kremlin decided to completely exit the Venezuelan oil marketMaduro declared what he called an “energy emergency” and announced a comprehensive restructuring of PDVSA. “I do not accept more excuses, we produce or we produce”, said Maduro then, who revealed that the pertinent decrees had been drafted by himself.

Cuba has tried to help Maduro within its means. In reality, the island of Cuba produces 60% of the oil it consumes, and the rest is obtained from Venezuela through credits under very favorable conditions. The Castro-controlled company Cubametales is one of Pdvsa’s last clients, despite the sanctions also imposed against it by the United States.

That the country with the largest oil reserves in the world is forced to almost completely suspend its oil operations is a serious blow to the regime. The sanctions have already deprived the regime of the ability to refine oil, so it is now looking for ways to acquire gasoline and diesel as it can. Several refineries, such as Paraguaná and El Palito, are closed. In theory, the regime has the necessary facilities to be able to refine 1.3 million barrels of crude oil per day, but it only manages to refine just over 100,000 per day.