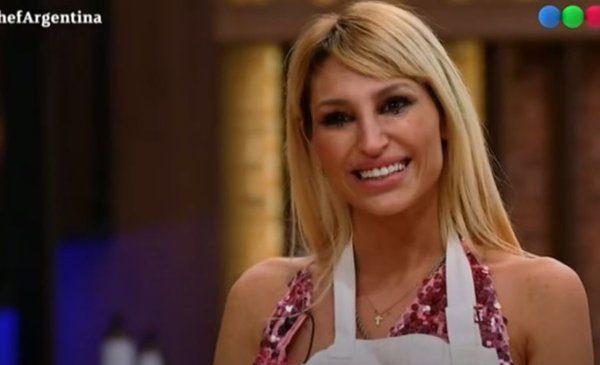 Vicky Xipolitakis went through MasterChef Argentina in its edition for celebrities. Yesterday, after several editions concentrating all eyes, causing all the possible laughter and cooking very rich, La Griega was finally eliminated from the most famous cooking contest.

And his departure was like his stay, between laughter, ironies and a lot of self-confidence. And of course by far feeling with the rigorous member of the jury Germán Martitegui. This highlighted the passage of the Greek and made it clear that he was not another participant.

Upon hearing the final verdict, Vicky threw: “Thank you, I love you with all my heart. I cry for you because I see you suffer. I am happy because thanks to you I learned. I thank my colleagues, you Santi, to the production. Pretend that I am laughing, they are tears of happiness. The best thing that happened to me in my life after being a mother was being here, I found myself again, with people, and I showed myself as I am. As a person , not as a character. “

Excited by the words of Xipolitakis and by what was her participation, Martitegui also released some words dedicated to her. “You are an example for many people, you fought with many preconceptions. You have already won, you cook very well although I don’t know how. It gives me the impression that everything you do you can do well. It is a message for many women: they can dress however they want, do whatever they want, they have the strength to do whatever they want and you have to beat all the idiots who speak anything. The most important message you gave was that. I love you and we’ll go out to party “, was the reflection of the prestigious chef.

But that was not all, since Vicky refloated the television “hysteria” that marked them throughout the cycle. And she did by lifting her apron and showing a white garter that she wore on her leg. True to his style, he took it off and presented it to his favorite chef, who blushed and thanked as he pressed the garter tightly and held it against his chest.