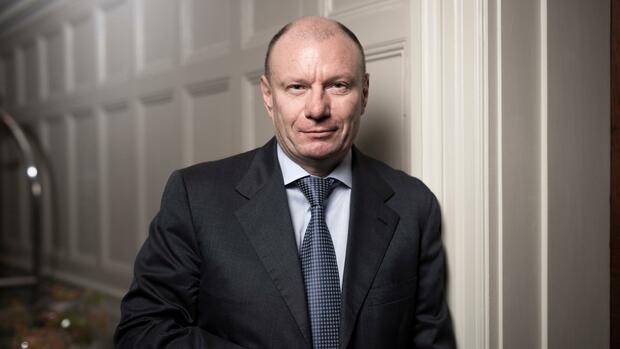 There were a lot of losers, especially at the top: only two billionaires from the top ten, whose composition remained unchanged, were able to increase their capital. One of them is Vladimir Potanin, now the new richest man in Russia.

In contrast to the other oligarchs, who make their money from oil, gas and iron ore, he relied on palladium – the only raw material that continues to rise despite the crisis, making Potanin the new richest in Russia. His fortune is estimated at $ 19.7 billion, 1.6 billion more than in the previous year.

It is not the first time that Potanin has taken the top position in Russia. He was there before in 2015. The 59-year-old is part of the inventory of the Russian oligarchy. The graduate of the Moscow diplomatic forge MGIMO, where Foreign Minister Sergei Lavrov also studied, became rich, like many of his colleagues in the 1990s.

At that time, Potanin secured a majority stake in the non-ferrous metal group Norilsk Nickel, the world market leader in the production of nickel, palladium and platinum.

As a result of the corona crisis, the company is also struggling with the weak demand, but not as strongly as the competition: The demand for palladium is still far higher than the supply, especially after the large-scale palladium producer South Africa has cut back its funding due to the pandemic have to.

So far, the production of Norilsk Nickel has not suffered from the quarantine measures. And since palladium – also due to the diesel affair and new environmental standards – is still very much in demand in gasoline catalysts, potanin can look to the future with confidence. Even if the ski resort “Rosa Chutor”, which he contributed to Putin’s Winter Olympics in Sochi, will make heavy losses this year.

His involvement there, like his commitment to the “Night Ice Hockey League” launched by President Vladimir Putin, and his promise not to leave his fortune to the children but to the common good, serve more to provide political security anyway.

Even in the corona crisis, he is now one of the few oligarchs to offer his help to the state. “Because we are in good shape, we have to take care of our workers, provide them with medical and social protection,” Potanin said recently. He also sees it as a duty to help the communities in which the company is active to support the state in the fight against Covid-19.

The billionaire didn’t just leave it at words: he deferred the rent payments to the tenants of his mall in Norilsk. He also donated one billion rubles (this corresponds to a good twelve million euros) to museums, but also to aid organizations that are involved in the corona crisis and support the elderly, orphans and large families.

Controversy over free corona tests for the poorest Indians